An Interview with Galen Disston of Pickwick 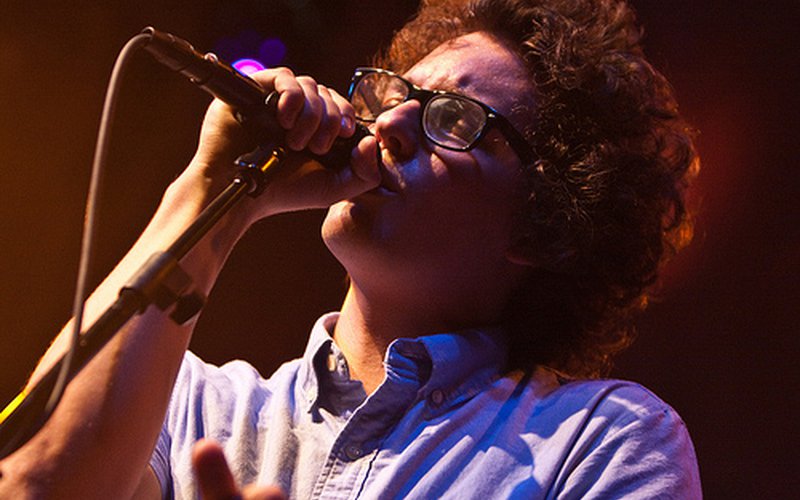 Recently, KEXP had the opportunity to chat with Galen Disston, lead singer of the Seattle band Pickwick, as he and the group were in the middle of their month-long international tour (Canada and the U.S.). When we got in touch with them, the band was prepping for a show at Local 506 in Chapel Hill, NC. Pickwick will play Capitol Hill Block Party tonight at 10:30PM.

What’s the strangest thing you’ve seen on tour so far?

The strangest thing I’ve seen? Probably a cockroach in the green room on the food table in D.C. But the best thing I’ve seen was the Folkways (60’s New York record label) archives in D.C. The Smithsonian purchased all their stuff and we spent some time looking through everything; an archivist helped me with it. They have some incredible records, like late 50’s street kids drumming on plastic buckets and old Lead Belly recordings. They have totally insane sound effects records too, like one devoted entirely to the sounds of the office room, including 60’s fax machines.

Has being on tour changed anything about the band’s performances?

I think definitely by New York we had our shit together. We were feeling like we were playing as a group really well. We definitely feel a lot tighter – it’s subconscious though. We are thinking about it but we also don’t think about it, in a good way. We found a place where we just get to play and enjoy it; we try not to worry about anything. We feed off the different audiences. We are so fortunate to be out here. We’ve had sold out shows in Canadian cities, in New York, in Philly and Chicago. Half the room was press in New York, so we have a much better time when we’re playing for people who are there to see us – Boston and Saint Paul were amazing because people were just there to enjoy themselves.

What do you miss about home?

My family. But we have this arbitrary thing where we don’t talk for an entire month while I’m on tour – no, I’m just kidding. We do get the chance to talk every day, thankfully. We’ve invested in an iPhone that has face time. It’s pretty amazing technology. The whole thing is pretty surreal, touring is surreal. It’s the same thing every day: long drives, late nights. So you get into this weird zombie mode. When we play live we’re kind of like zombies, but zombies that come alive when we’re engaged with the audience. It’s weird having people I care about so far away, but at the same time this is what we want to be doing, so it’s a weird mix. We’ve received a lot of press, but who knows. There’s all kinds of stuff happening right now, but who knows what will shake out? I really hope this works out though; it’s much better than being at my desk job.

Where did the name Pickwick come from?

It comes from the 60’s record label housed in New York where Lou Reed was a staff songwriter. He wrote a subversive dance song called “The Osrtrich”. It has all these moves you can’t follow like “Get your friend to step on your head.” Pickwick Records then moved to Minneapolis in the 70’s and became a discount records distributor, a nicely priced label with cheap reissues. We chose the name because we thought it was interesting that Lou Reed, early in his career, wrote subversive dance music, which is kind of what we do. “The Ostrich” was a crazy garage rock song, with the guitar tuned entirely to one note, almost like droner garage rock. That seems to relate to what we’re trying to do.

What song off the new album has had the biggest reception on tour?

It’s different in every city. Washington D.C. was pretty incredible, people were singing along to a lot of the songs. I think we always love playing “Halls of Columbia” from the record, it tends to be a big shift in the set when things start hitting harder. “Hacienda Motel” has been fun and “Letterbox” people really seem to focus in on. Our set list for a given show depends on the audience, some cities we add a cover of Elvis Costello’s “Pump It Up”. In D.C. they asked for that, so we played it as an encore.

How are you traveling? Bus, van? How do you pass the time?

We’re definitely traveling by a 15-passenger white van that my sister gave us after her diabetic dog peed all over it. We had some extra seats installed in it too. We’re driving every day. Busses can cost like $10,000 per week. In the van we have a game called “Yellow Car” where if you see a yellow car you say, “Yellow car”. That’s the only game we play. When you see one, you get a point, but no one really keeps score and everyone else in the band is better than me at it. I’m not that observant.

What are you listening to on tour?

What city has had the best food thus far?

Edmonton, Alberta in Canada has had some great food. Cass [Lillstrom] got these chicken and waffles and our sound guy got some great poutine. North Carolina had some great chicken wings – I had those and they were amazing!

Are you getting enough sleep out there?

No. Not even close. We get home by 3 or 4 AM and get to sleep and then sometimes have to be back in the van by 7 or 8. It would be amazing to have some time in these cities to look around. This is the first time I’ve been to most of these places. But we had a little time in New York City today, so I got to go record shopping. I bought a Belgian record label’s collection of Velvet Underground demos that they gave to Andy Warhol before their first record was released. I bought a Chuck Berry compilation and the Bonny "Prince" Billy Sings Greatest Palace Music record. Palace was his old band, so it was his current band at the time playing covers of his old songs. It’s pretty slick.

Pickwick’s new album Can’t Talk Medicine is available on their web site http://pickwickmusic.com. You can watch their Live at KEXP performance of "Hacienda Motel" here: 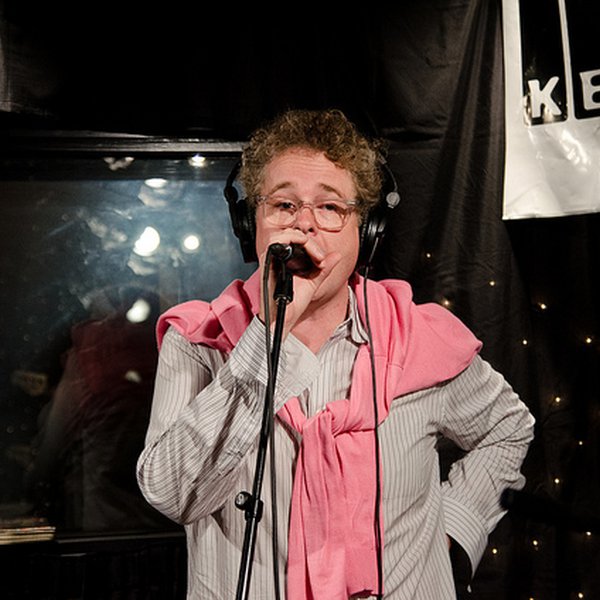 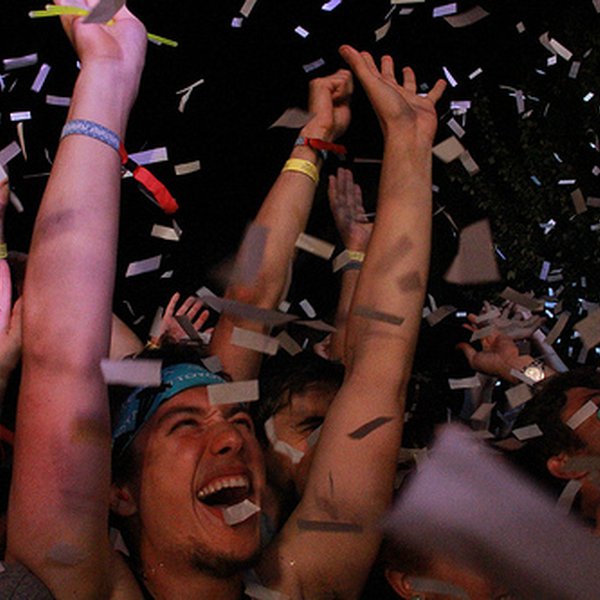 Capitol Hill Block Party got started with a bang last night. Too many incredible options to count, this year’s festival has already been one for the books. Check out the first half of our photo coverage from day 1 below: 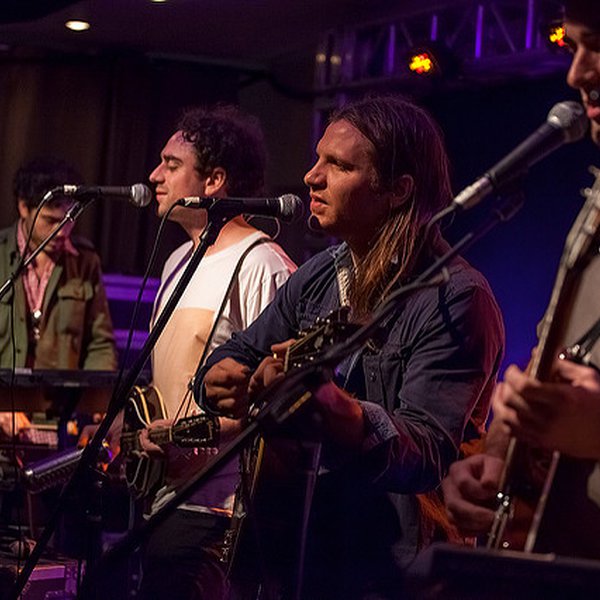 Every Monday through Friday, we deliver a different song as part of our Song of the Day podcast subscription. This podcast features exclusive KEXP in-studio performances, unreleased songs, and recordings from independent artists that our DJs think you should hear. This week, we’re featuring songs... 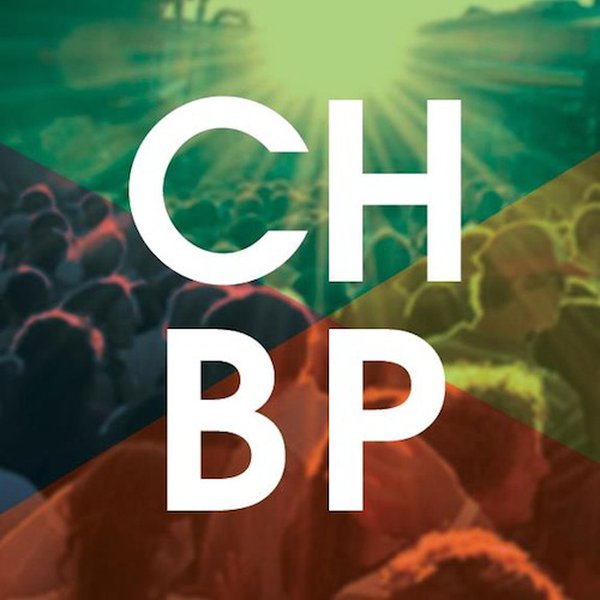 This weekend, the streets will be alive with the sound of music – the Seattle way! There are a ton of terrific bands to see and hear this year at the Capitol Hill Block Party, from The Flaming Lips and Dirty Projectors to La Luz to Pickwick. Whole areas of Capitol Hill will be blocked off from tr...