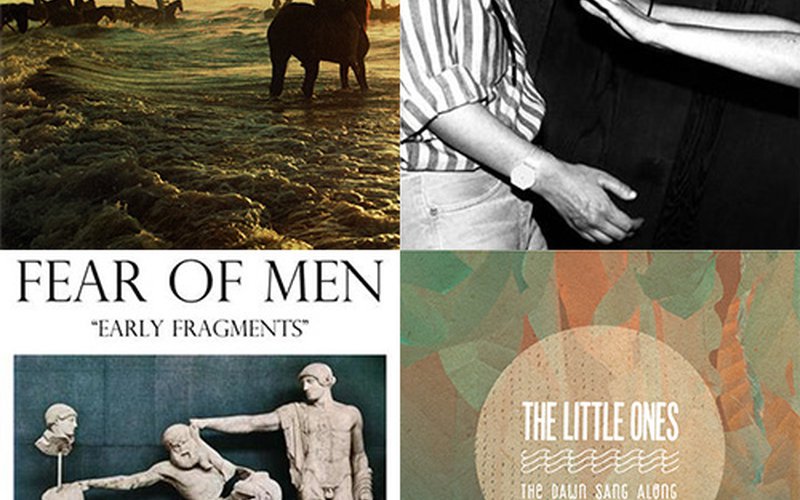 This week's list of new releases may be one of the shortest of the year, but it's also topped by one of the year's most anticipated scorchers. Foals rain Holy Fire with their third release, treating fans to a big new sound to match their big new label. Their third release, but first on Warner Bros., is a surfeit of sound, as the band trades the sharpened elbows for gloved fists. Thankfully, the bigger production can't hide Foals' math rock origins, as you'll hear their familiar cascading guitar fingering on songs like "Milk & Black Spiders" and even on their second single, "My Number." Holy Fire will definitely be a contender for album of the year, so you'll want to pick it up now. Also out this week and getting frequent spins on KEXP is the latest from another London group, Veronica Falls. According to our Music Director, Don Yates, their second album "injects a bit more light into their dark beach-pop sound via brighter melodies and punchier rhythms, while also sharpening their songwriting for a rock-solid set of well-crafted songs with jangly guitars and breezy folk-rock harmonies." If you remember their 2010 single "Found Love In a Graveyard," then imagine it now being a beachside cemetery on a sunny Southern California day.

Speaking of SoCal sounds, The Little Ones return with their second album, featuring "another infectious set of sunny twee-pop with bright guitars and synths, bouncy, sometimes tropical rhythms, buoyant harmonies and sugary melodies." British group Fear of Men make their U.S. debut with an EP of early singles, making for "a fine set of atmospheric dream-pop with a reverb-drenched sound contrasting uplifting pop melodies and light vocals with dark lyrics." More hazy melodies can be heard this week from Swedish duo The Deer Tracks, whose third and final volume of The Archer trilogy "is a subtly adventurous set of ethereal electro-pop, combining a glitchy, atmospheric electronic sound with lush orchestration and elfin vocals." And angsty post-hardcore band Pissed Jeans offer their fourth album of "sludgy, buzzing guitars, pounding rhythms, yowling vocals and lyrics filled with self-loathing and alienation."

Pick up all of these and more, including some fine DJ and production work from LA's Salva and Floridian chillwaver Millionyoung, in record stores today. But not before you sample these tracks first: 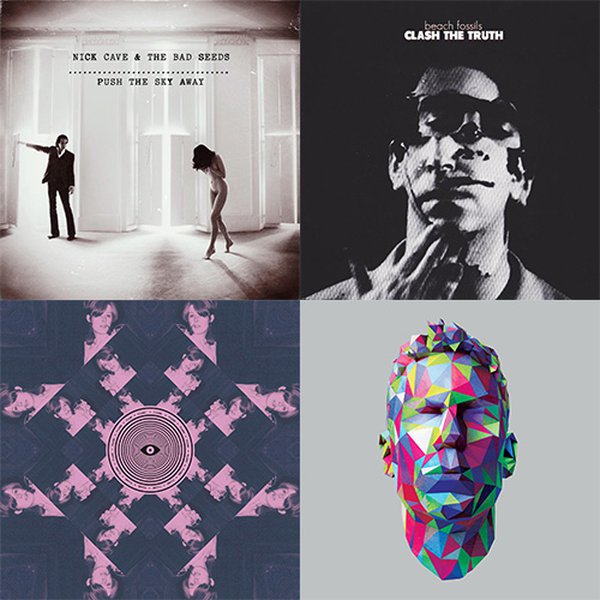 It's a big week for new releases, so let's get right into it. First thing on your shopping list: Nick Cave & The Bad Seeds' latest, Push The Sky Away. Fifteen albums in and Cave & Co. still create unique stunners. As our Music Director, Don Yates, says, it's "a masterful set of brooding, ... 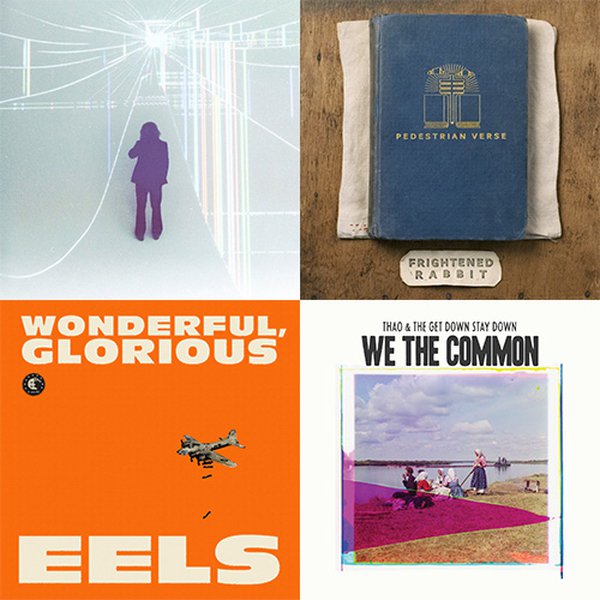 Damn, 2013, you are looking good! You just keep hitting us week after week with one killer list of new releases after another. This week, there's no way we're not going to run out to pick up the latest from long-time KEXP favorite Frightened Rabbit. As if there was any doubt that this would land ...