Continuing our tribute to those music luminaries who passed away this year: in the second half of 2012, we lost a few long-lived pop and roots legends and also saw the lives of several artists cut tragically short, as with Bill Doss of psychedelic combo Olivia Tremor Control and God's Favorite Beefcake members Drew Keriakedes and Joe Albanesemembers, members of Seattle's cabaret community who died in a shooting at Seattle's Cafe Racer. And at the very end of the year, sitar master Ravi Shankar left a long legacy with his passing at age 92. Tune in today during our countdown of the Top Albums of 2012, as we take time throughout to remember the gifts each of these artists have left us.

Donna Summer (“The Queen of Disco”)Died: May 17, 2012Notable songs: “Love to Love You Baby,” “I Feel Love,” “Bad Girls,” “Last Dance”Disco created other superstars—the Village People, for starters—but the good Christian girl born LaDonna Adrian Gaines actually transcended the genre, and the records she made with producer Giorgio Moroder shaped decades of pop to follow. Don’t believe me? Listen to “Our Love” off Side 4 of 1979’s Bad Girls album back-to-back with New Order’s “Blue Monday.” Her 1975 Serge Gainsbourg-inspired orgasmic epic “Love to Love You, Baby” brought extended disco 12-inches into the mainstream, while 1977’s hypnotic “I Feel Love” anticipated the UK synth-pop boom and the rise of techno. Summer is slated for induction into the Rock and Roll Hall of Fame next year.

Robin GibbDied: May 20, 2012Notable songs: “How Can You Mend a Broken Heart,” “Stayin’ Alive,” “You Should Be Dancing”Robin Gibb and his siblings—older brother Barry and younger twin Maurice—first found fame in the late ‘60s and early ‘70s via baroque pop classics such as “I Started A Joke” and “To Love Somebody” that showcased the trio’s tight vocal harmonies, then enjoyed a successful second act as disco hit-makers. Although Barry’s falsetto featured prominently during the group’s Saturday Night Fever heyday, it was Robin’s tremulous lead vocals that propelled early singles like “Massachusetts” high in the charts on both sides of the Atlantic. The middle Gibb also recorded as a solo artist, scoring a UK #2 hit with “Saved by the Bell” in 1969 and international club play for “Boys Do Fall in Love” circa 1984.

Doc WatsonDied: May 29, 2012Notable songs: “Tom Dooley,” “Shady Grove,” “Black Mountain Rag”Blind from an early age, guitarist Arthel “Doc” Watson grew up to become one of the most influential purveyors of American roots music, thanks to both his distinctive playing and encyclopedic knowledge of the genre. Born in Deep Gap, North Carolina in 1923, Watson was propelled onto the national stage during the folk music renaissance of the 1960s, appearing at the Newport Folk Festival in 1963 and recording a string of albums for Vanguard. When that initial acclaim waned, he found new fans via his contributions to the Nitty Gritty Dirt Band’s 1972 masterpiece Will the Circle Be Unbroken. Watson also worked extensively with his son, guitarist Merle Watson (who died in 1985); the duo won multiple Grammy Awards in the Best Ethnic or Traditional Recording category.

Drew Keriakedes and Joe Albanese (God’s Favorite Beefcake)Died: May 30, 2012Notable songs: “Isabella,” “The Horror,” “We Shall Not Be Moved”Two of the victims in the tragic Café Racer shooting, Drew Keriakedes (better known by his circus/vaudeville moniker "Shmootzi the Clod") and Joseph Albanese (aka "Meshuguna Joe" or "Dexter Mantooth”) were known throughout the Seattle arts community as members of Circus Contraption and for their band God’s Favorite Beefcake. In the words of The Stranger’s Brendan Kiley, “Drew and Joe were weird and witty guys who could mock the hide off a goat, but as sweet as fresh honeycomb.” For more on their lives and music, please visit this KEXP Blog post from May 31.

Bob WelchDied: June 7, 2012Notable songs: “Future Games,” “Ebony Eyes,” “Sentimental Lady”Guitarist Bob Welch missed both peaks of Fleetwood Mac’s fame, but without him the band might never have evolved from its UK blues rock incarnation to the record-breaking quintet behind Rumours. Raised in Hollywood, Welch joined the band in 1971 and stuck with it even as members continued to come and go. More importantly, it was Welch who urged the group to relocate to Los Angeles, and his compositions furthered the band’s musical shift towards its subsequent multi-platinum sound. He left Fleetwood Mac following 1974’s Heroes Are Hard to Find and enjoyed moderate success as a solo act. Welch was living and working in Nashville at the time of his death from a self-inflicted gunshot wound.

Kitty WellsDied: July 16, 2012Notable songs: “It Wasn’t God Who Made Honky-Tonk Angels,” “Making Believe,” “Dust on the Bible”Even though she was the first female singer to have a US #1 country record, the Grand Ole Opry and many radio stations initially banned Kitty Wells signature hit “It Wasn’t God Who Made Honky Tonk Angels.” An answer song to Hank Thompson’s “The Wild Side of Life,” Wells’ 1952 breakthrough kicked off a string of hits that continued for over a decade and influenced newcomers including Dolly Parton (who acknowledged her as “the first and only Queen of Country Music”) and Loretta Lynn. In later life, the groundbreaking singer cut an album with members of the Allman Brothers Band (1974’s Forever Young) and sang on k.d. lang’s 1988 album Shadowland. She was awarded a Lifetime Achievement Grammy Award in 1991.

Joe SouthDied: September 5, 2012Notable songs: “Walk a Mile in My Shoes,” “Games People Play,” “Hush,” “(I Never Promised You A) Rose Garden”Nashville songwriter and session musician Joe South didn’t get off to the most auspicious start: his debut hit was a 1958 novelty tune entitled “The Purple People Eater Meets the Witch Doctor.” Happily, his trajectory ascended from there. South played on Bob Dylan’s Blonde on Blonde and penned and produced the hits “Down in the Boondocks” and “Hush” for Billy Joe Royal (though Deep Purple enjoyed greater success with the latter). South won a Song of the Year Grammy in 1969 for “Games People Play” and accolades from Elvis Presley for “Walk a Mile in My Shoes,” but retreated from the music business following his brother’s suicide in 1971. South’s solo sides feature on both volumes of the recent Delta Swamp Rock anthologies from Soul Jazz.

Terry CallierDied: October 27, 2012Notable songs: “Dancing Girl,” “Occasional Rain,” “Live with Me”Raised in Chicago, singer and songwriter Terry Callier cut one single for Chess that eventually became a Northern Soul favorite (“Look at Me Now”) but fared better with his 1964 full-length The New Folk Sound and its innovative fusion of folk, soul, jazz, and blues. He also made albums for Cadet and Elektra, and influential New York radio DJ Frankie Crocker used Callier’s 1979 single “Sign of the Times” as his theme song. What Callier’s fan base lacked in numbers it made up for with star power, and in later years the acid jazz/rare groove icon collaborated with Beth Orton (on her 1997 Best Bit EP), Paul Weller (the 2002 duet “Brother to Brother”), and Massive Attack (who co-wrote and produced his 2009 swan song, Hidden Conversations).

Dave BrubeckDied: December 5, 2012Notable songs: “Take Five,” “Blue Rondo a la Turk,” “Take the ‘A’ Train”Pianist and composer Dave Brubeck reignited the popularity of jazz in the early rock era—his 1959 album Time Out was the first jazz full-length to sell a million copies—yet built much his reputation on pushing the boundaries of the genre. He experimented extensively with unusual time signatures—his classic “Blue Turk a la Rondo” was in 9/8 time—and once used all twelve keys in the first eight bars of a single piece of music (“The Duke,” showcased on the 1957 Miles Davis/Gil Evans album Miles Ahead). Brubeck was also a proponent of “third stream,” the synthesis of jazz and classical music, and his catalog included cantatas, oratorios, ballets, and a jazz musical, “The Real Ambassadors.”

Ravi ShankarDied: December 11, 2012Notable songs: “Dádrá,” “Bimpalási,” “Raga Des”Composer, sitar player, and scholar Ravi Shankar propelled Indian classical music into Western pop culture in the ‘60s and ‘70s, working with disciples that included the Beatles George Harrison and minimalist composer Philip Glass and mesmerizing audiences at huge festivals like Woodstock and the Monterey International Pop Festival (though he later distanced himself from hippie culture). His interactions with musicians from other genres, including jazz icon John Coltrane and classical flautist Jean-Pierre Rampal, spawned further cross-pollination; in 1970, the London Symphony Orchestra tapped him to compose his Concerto for Sitar and Orchestra. A three-time Grammy Award winner and Academy Award nominee (for his score for 1982’s Ghandi), Shankar will be honored with a Lifetime Achievement Grammy Award in 2013. 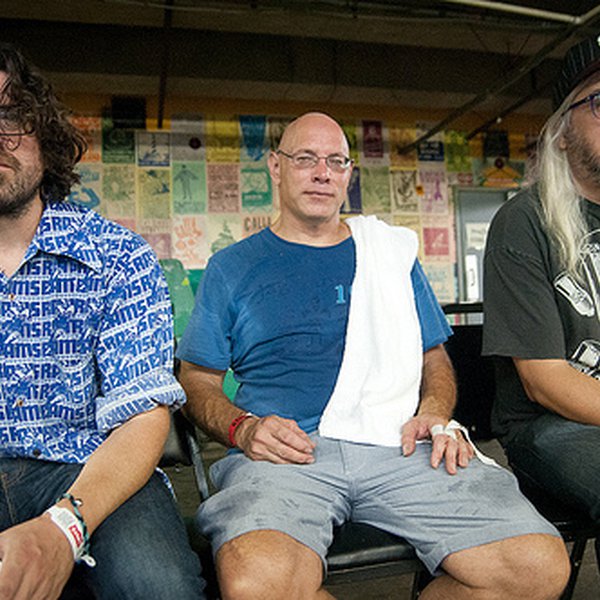 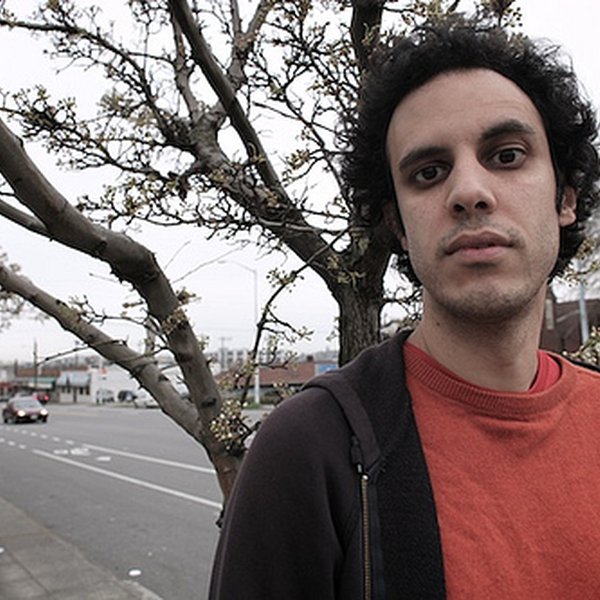