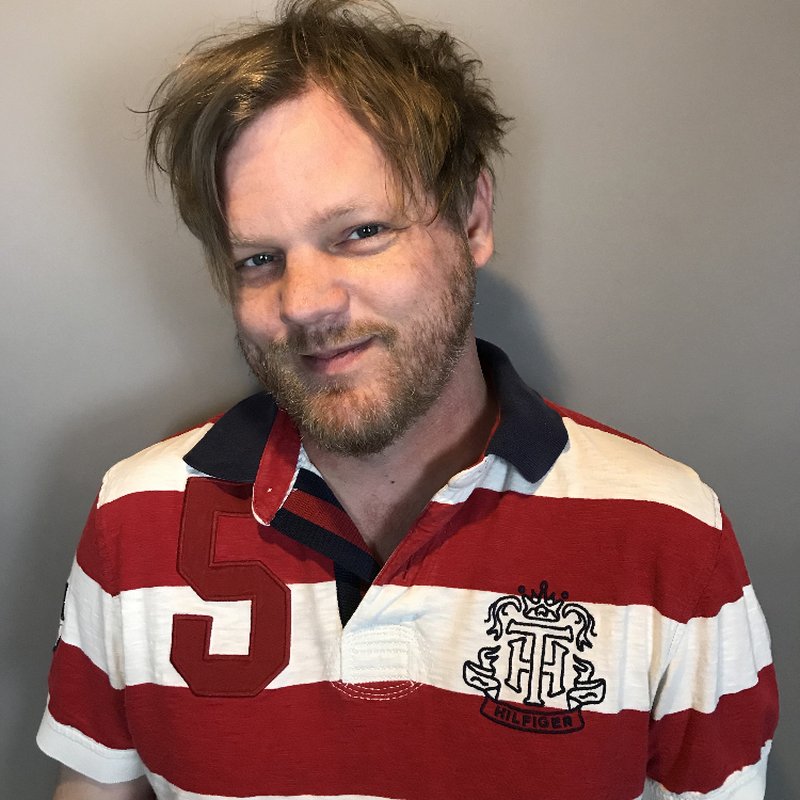 I grew up in South Dakota in a small town (as they all are) called Mitchell.

I moved to Orlando, FL to attend Full Sail where I received a degree in audio engineering.

In 1999 I worked in NYC at the Hit Factory recording studio while interning at Matador Records.

Deciding I wanted to be in a smaller city, I moved to Seattle and got an internship at Sub Pop Records.

When Sub Pop decided to move locations, I got a job at Tower Records on Mercer.

After a couple of years and some odd jobs later, I got a job at the Queen Anne Easy Street Records.

I met overnight DJ (and Wimps member) Rachel Ratner, and she invited me to assist on her overnight shift once a week from 1 to 6am.

She had seen a comedy DVD I produced with my friend Cody Hurd under the name Black Daisy, and she asked if I would record some little goofy snippets for her radio show.

She started to play them and eventually she received an email from John Richards asking her if I could record some bizarre snippets for The Morning Show.

He started playing them over and over for weeks, which eventually led to me sitting in his office for a meeting and him inviting me to try out for my own radio show.

I play in a band called The Young Evils.

I also play in a new band called Leathür Feathürs.

Some of my favorite albums of 2017 come from artists such as ShitKid, Cherry Glazrrr, Drab Majesty, Slowdive, Big Boi, Grandaddy, Kendrick Lamar, Timber Timbre, Roses, Sneaks, and I’m sure more to come.