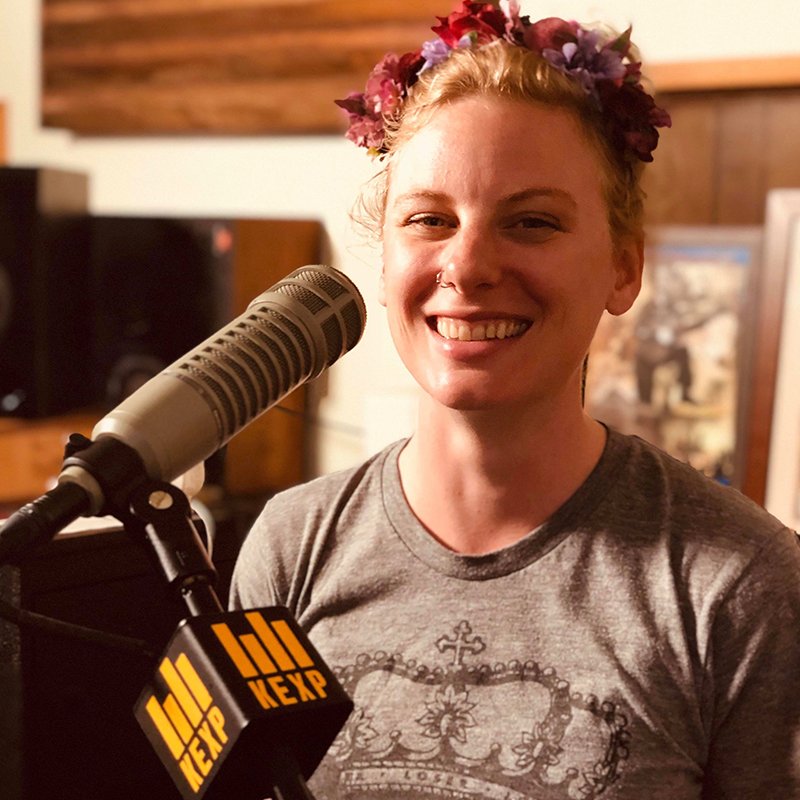 Morgan has lived in Seattle since the Y2K. She is thankful the Y2K bug wasn’t a thing because she really likes Seattle. She is originally from Rockford, Illinois - yes, home of Cheap Trick! Thank you for knowing that. She does, in fact, play Cheap Trick on her show from time to time which is on Saturdays 12-3pm.

Morgan started her journey into radio while going to college at the University of Washington where she was studying Art History because art rules, but then stumbled across the student radio station Rainy Dawg Radio where she cut her teeth on the ol’ airwaves and then became the General Manager of the station her senior year. After graduating, Morgan hassled her way into KEXP and was a programming intern for 4 ½ years until one day in 2012 she was given a show on Wednesdays 1-6am, then moved to Saturday afternoons in 2013. Morgan became John Richard’s fundraising partner on the Morning Show during drives, which has been really fun, and somehow tricked him into hiring her to work with him full time in August 2016 as the DJ Manager and Assistant to the Associate Program Director.

Morgan has been an active member of the music community over the years, working at various Seattle institutions like The Vera Project, Easy Street Records, and Light In The Attic Records. In her spare time she thinks about the show Twin Peaks way too much, tries to break her high score when rolling with her bowling league, and sews photo-realistic pictures of celebrities. Sometimes she sleeps. Mostly she’s listening to music.