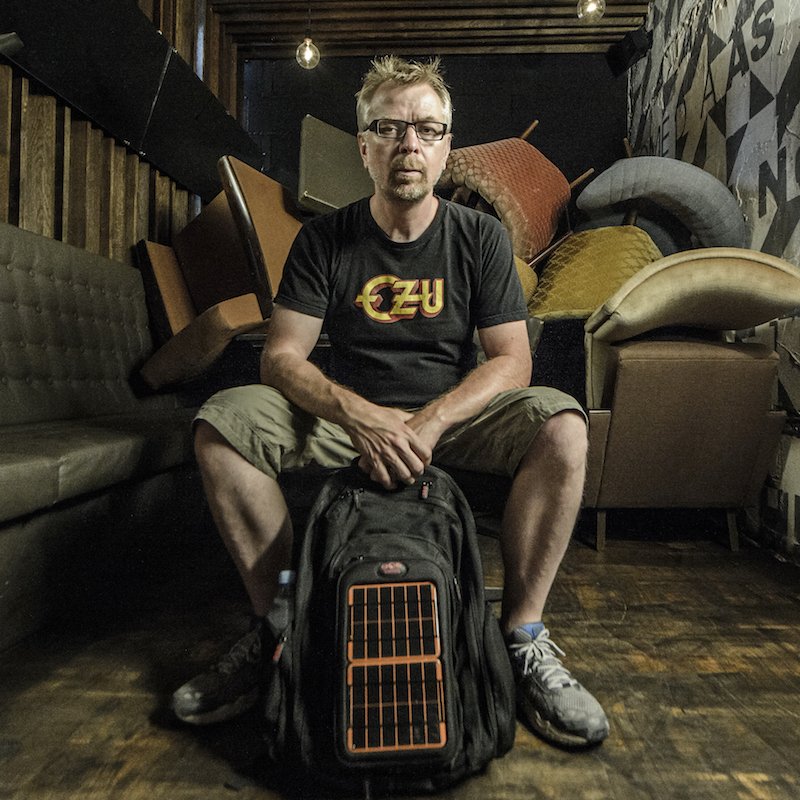 My first time on the microphone was in 1987, I was covering a friend’s overnight shift at freeform radio station which happened to be just up the street from my home. I was terrified of course and mumbled my way through the vocal breaks . I had decent taste in music so the program sounded pretty good, but when I decided to play Van Halen it pissed off the eclectic listening public and I got a caller at 3:00 am telling me that i suck. I was hooked!

I was born in Gdansk, Poland and spent the first 9 years of my life not knowing a word of English. Whatever I saw of Western Culture was filtered. We were told it was corrupt and bourgeois. But then there was also the thrill of hearing something verboten - my first taste of that was The Beatles, Tomorrow Never Knows. I was mesmerised. Mixed with the local sounds of the communist experiment. I was experiencing a world of music. This exposure seemed to have had a big impact on me since it's what I’m championing now on my show, Wo’Pop on KEXP.

We moved to Boston when I was 9 and I had the basic immigrant experience in Boston. It was a tough town, there was racism, there were race riots and I learned how to use my voice; Boston is not a passive aggressive kind of place!

My first hearing of KEXP was when it was KCMU in 1992. I had just arrived in Seattle after a long road trip from Boston and the car I was driving broke down outside of town. I found myself in the U District and Riz was on the air in the mid afternoon. I was completely blown away by the range of music I was hearing and wanted to check it out. I walked across campus to the station and in a sense, never left.

When not on the air doing the World Music, Modern Global show Wo’ Pop I work in a variety of creative and technology fields. I have created videos and content as a Producer/Director for some of the biggest companies in the world where I include as much global music as possible. I’ve been DJ’ing in clubs since the 90’s and have shared the stage with too many artists to mention.

Recently I’ve been working on getting indie music out of China to a broader audience through Wo’Pop and have had the pleasure of being on the nominating committee for the Indie award show in China, Abuidan, and Interviewing Polish artists at the OFF Festival in Katowice, Poland.

Creating and Fostering opportunities for KEXP to grow through culture, community, and technology to become one of the most important channels for music discovery in the world.

The Wo' Pop Video Playlist