Born and raised in New York, Aesop Rock originally emerged from the city's indie hip-hop world, releasing his breakthrough album Labor Days in 2001 on Definitive Jux, the label ran by El-P (Run the Jewels). But, Aes (real name: Ian Matthias Bavitz) moved to Portland in 2008, so after nearly a decade in the Northwest, can we start referring to him as a "local artist"?

His seventh and most recent album, The Impossible Kid, came out just last year, reflecting the softer Aesop Rock, a combination of age and the unescapable Northwest vibe. He paced the stage and worked the crowd like you'd expect from a guy with a 20+ year career in hip hop. But then he'd stop and say to the crowd, "I'm gonna hydrate myself. I suggest you do the same." (Remembers he's on stage.) "Make some noise for hydration!" 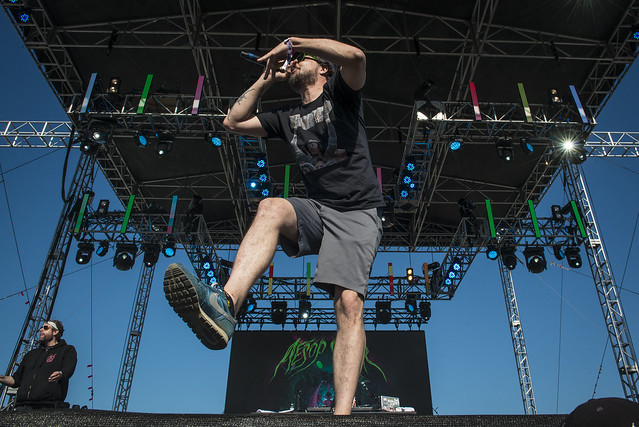 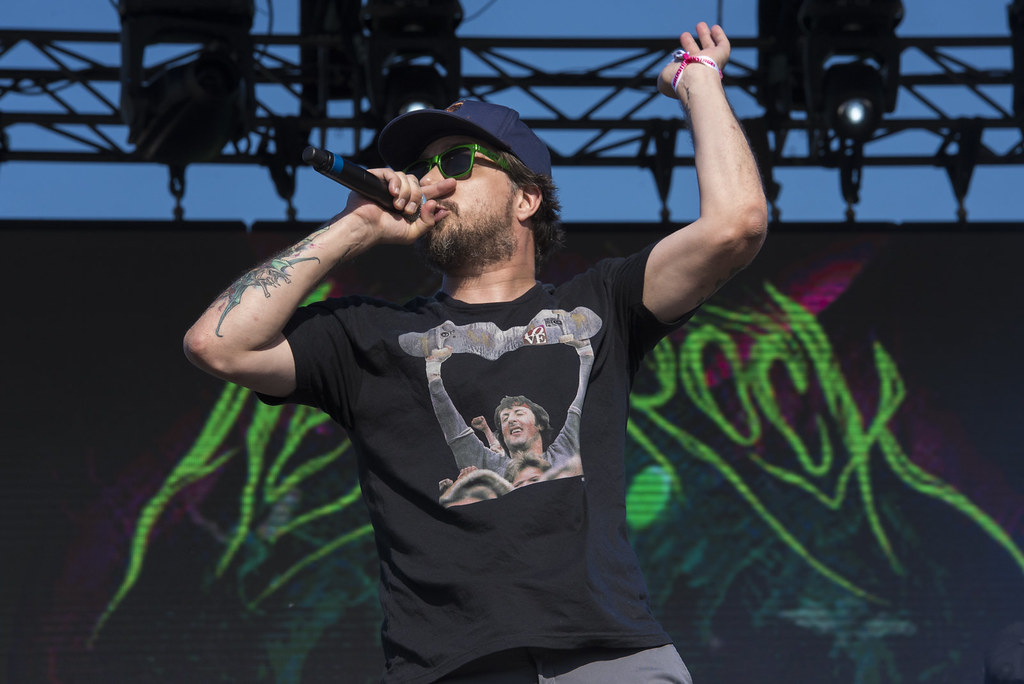 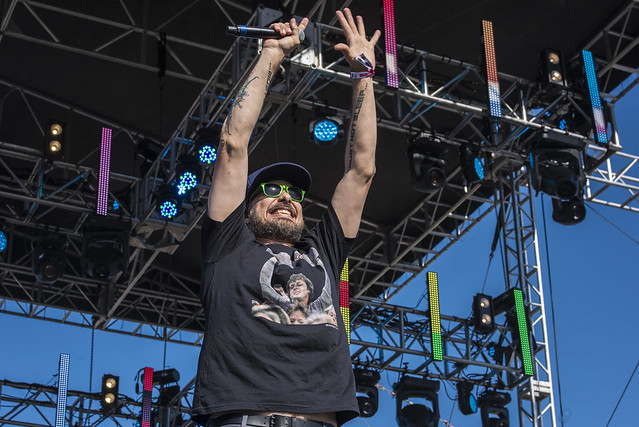 On stage Saturday evening at the Sasquatch Music Festival, Aesop Rock took the Yeti stage alongside long-time collaborators Rob Sonic and DJ Zone. Wearing a baseball cap and a t-shirt with Sylvester Stallone as Rocky on it, he pointed out, "I don't usually wear sunglasses on stage," referring to the lime green plastic pair on his face. Someone ran over from offstage, switching them out for red plastic frames instead. "Make some noise for the sunglass tech!"

If anyone in the audience was skeptical, he shot them down with the opening track "Rings," which spotlights his dizzyingly-fast delivery. In fact, most of the set list came from the latest LP, with lyrics that are unabashedly Northwest. He name-drops the regional fast food chain Burgerville in the track "Supercell." In "Lotta Years," he raps about a girl with dreadlocks at his local juice place: "I watched her add the spinach to the ginger to the grapes / My hair was underwhelming, my juice was fucking great." He even performed my favorite track off the new album, "Kirby," a song about his cat. (Watch the squeee-inducing video here.) I doubt he'd be writing lyrics like this back in New York. In case you haven't gotten the message that he's settled into adulthood, in the aptly-titled track "Dorks," he dead-panned the chorus with a matter-of-fact "Party over here / I'll be over there," he and Rob pointing off into the distance in unison. 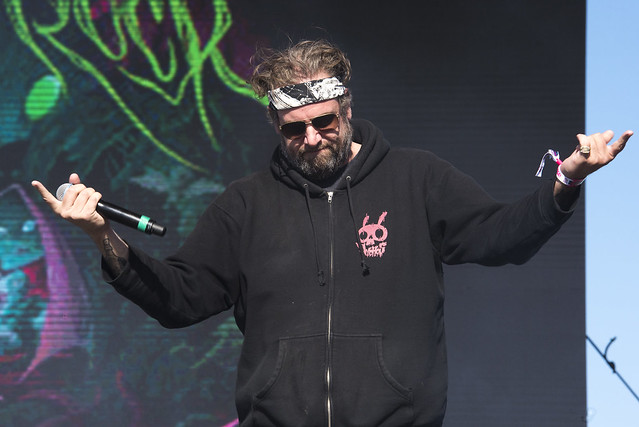 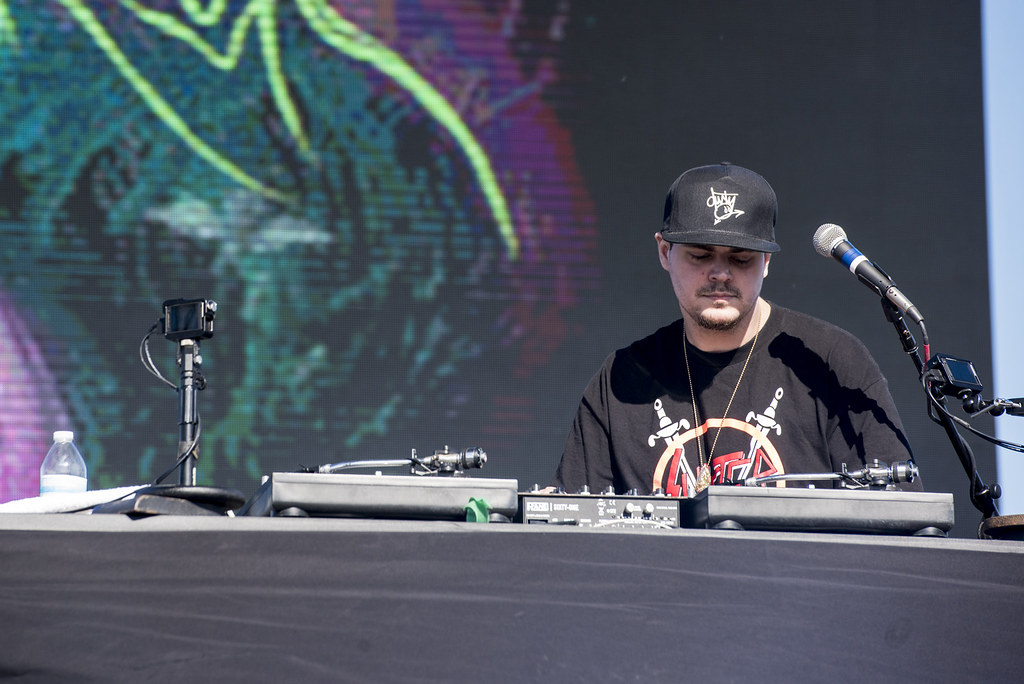 While Aes may have softened up, Rob, on the other hand, is clearly not a Portlander. An atypical hype man, when introduced to the audience, Rob replied with, "Fuck all of y'all." Okay, sure. He looked like he was burning up wearing a long-sleeved black hoodie, his face turning red beneath the bandana tied to his forehead. "I'm not coming out of this jacket for the entire show, fuck it," he said defiantly. Mid-set, he stepped up front and center to perform one his own songs, the title track off 2014's Alice in Thunderdome, the two trading places as Aes became the one to hype him.

But the stage, of course, belonged to Aes, who during the song "Rabies" rapped the lyrics "I dunno it feels weird / I'd rather feed an apple to a deer." Aesop Rock, Northwest artist. 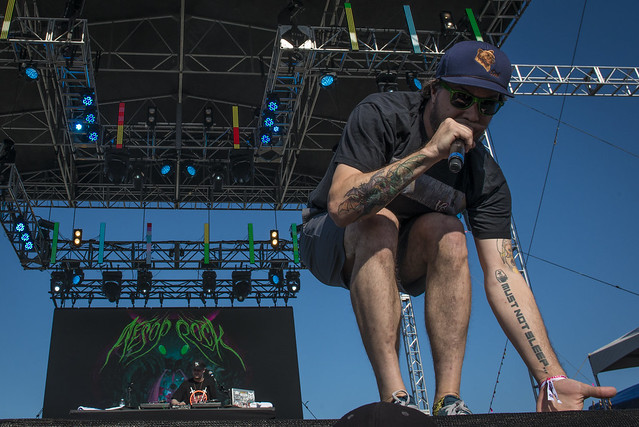 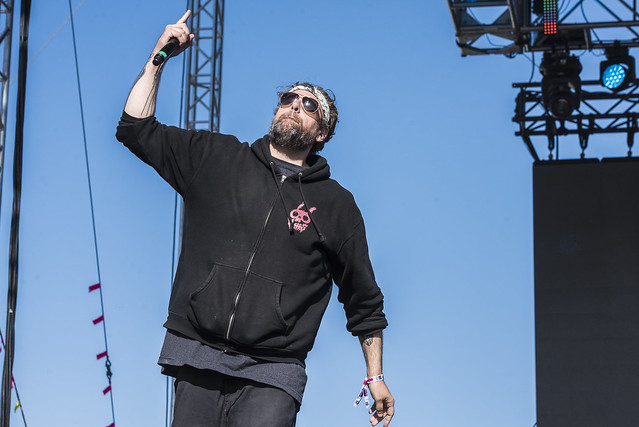 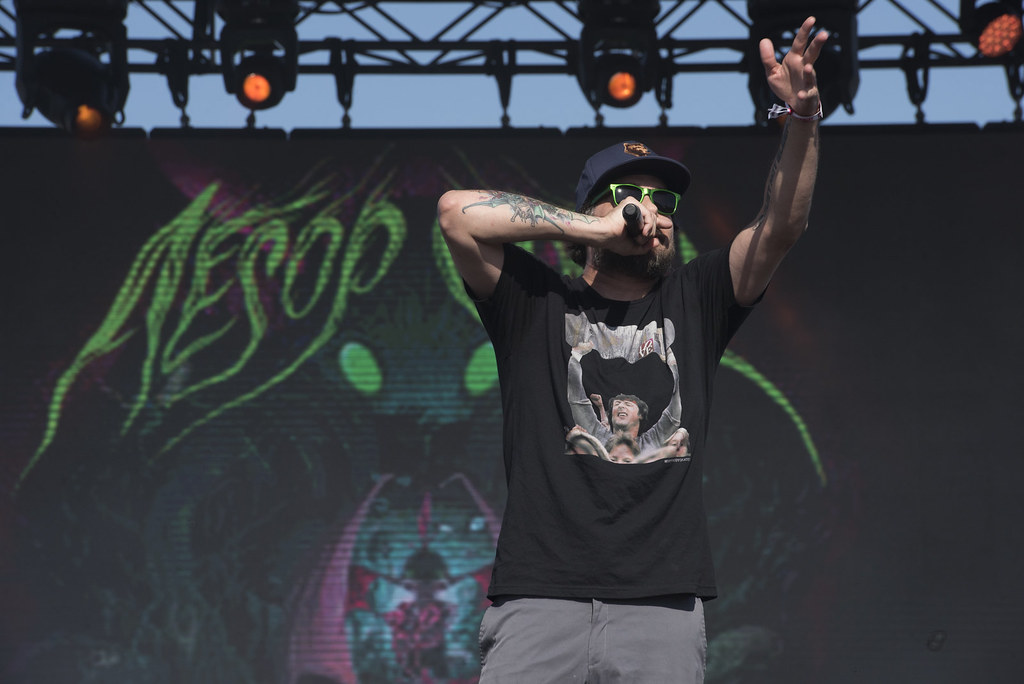 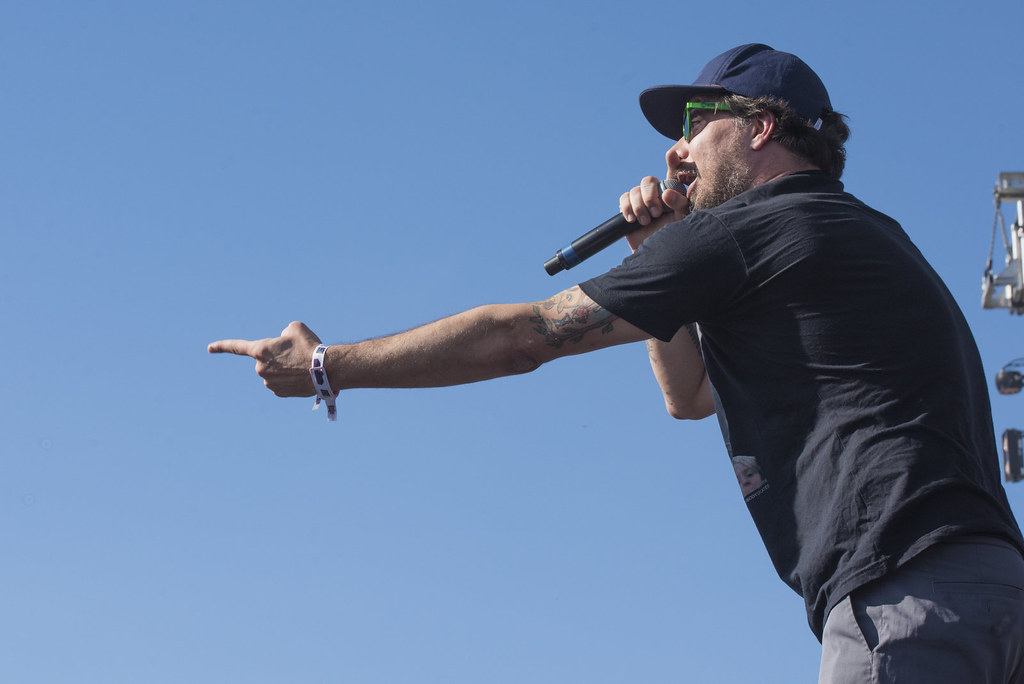 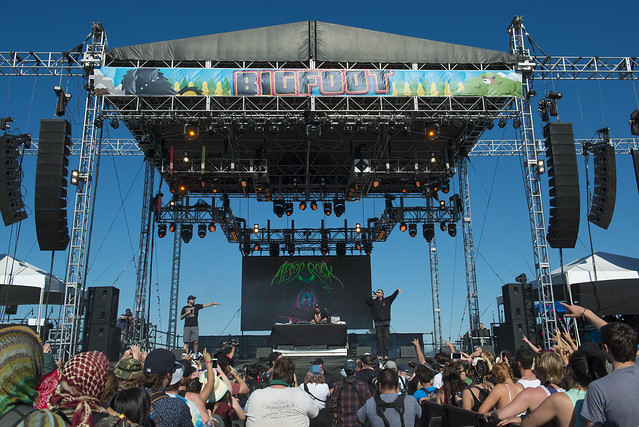 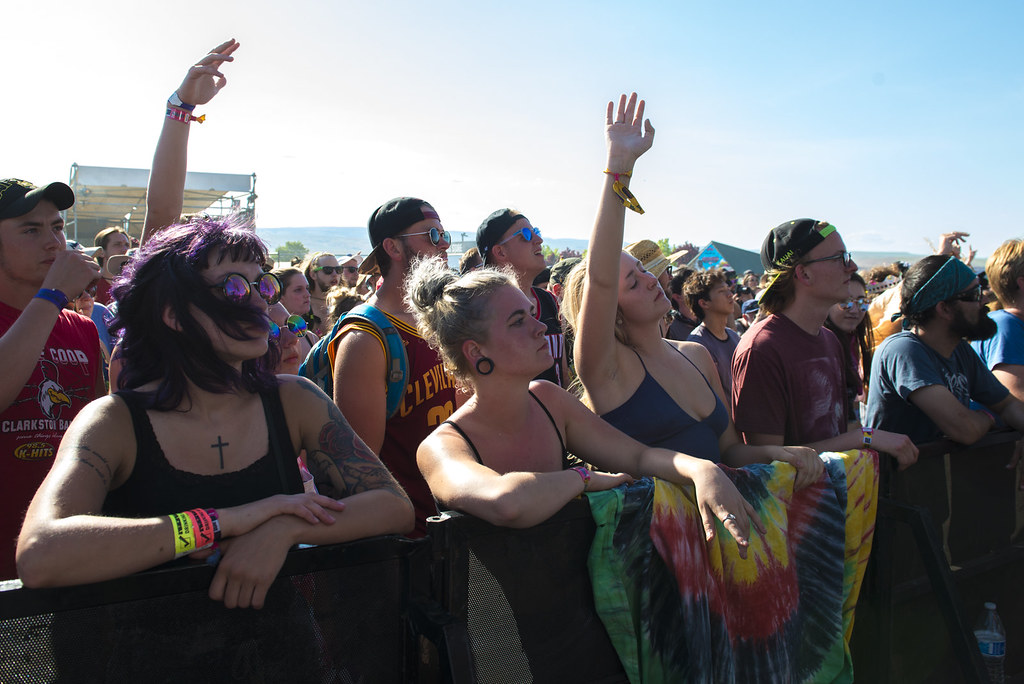 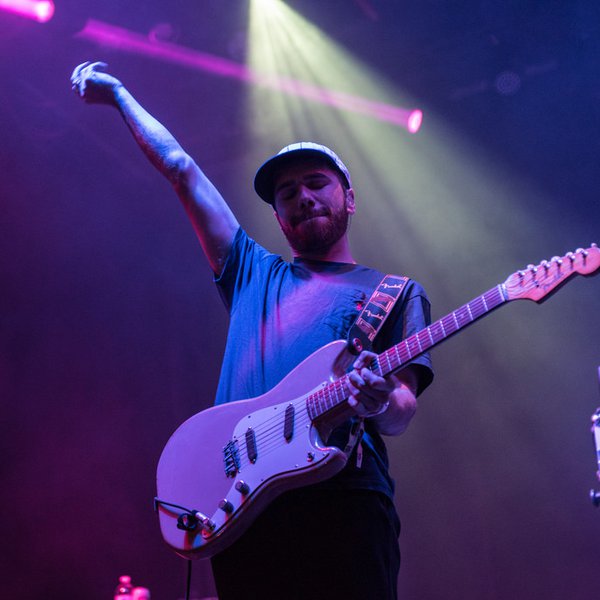 Going into Jagwar Ma’s Saturday night set at the Yeti Stage at Sasquatch, fans had plenty of reasons to be excited about the Australian trio’s hour-long set. The group has opened for Tame Impala and the xx, two other bands who have made being an introvert sound very cool again, and they've released… 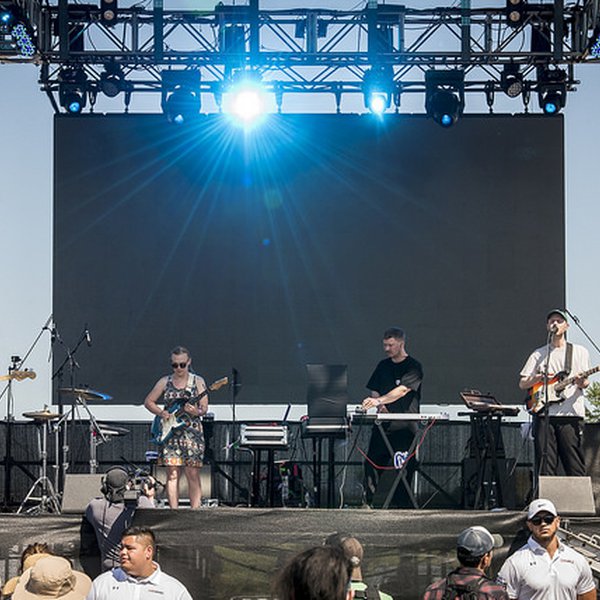 The Radio Dept. don't seem like your typical "summer festival" style band. On their most recent album, 2016's Running Out of Love, the Swedish duo paired their dreamy '80s-influenced synthpop with fierce, biting lyrics towards their homeland's government. But, somehow, the group got the bros and te…