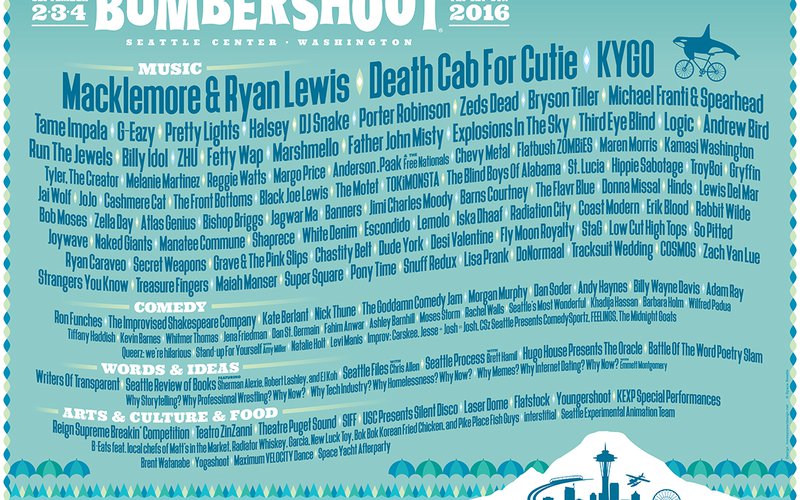 Summer is nearly over but, on the upside, that means Seattle's biggest music and arts festival is back. Running Friday through Sunday, rather than Saturday through Labor Day Monday, for the first time in its history, Bumbershoot otherwise hasn't changed much else in their formula: a mixture of music festival staples (as well as some truly left-field picks), a varied list of comedians and writers, and a lot of stuff that doesn't fit either of those categories continues to anchor many Seattleites' Labor Day weekend. That hardly means the fest is static though. On first look, the festival's lineup might just look like a super-sized version of the last few lineups – a lot of EDM and pop sat atop the bill last year, and even more does in 2016 - but when viewed as a whole (which is much easier now that the schedule is out), Bumbershoot very well could've hit its something-for-everyone target this year. Notably, two of the weekend's three headliners are Seattle acts. (The other one is from Norway.) Macklemore & Ryan Lewis will close out Saturday and Death Cab For Cutie will finish out Sunday in Memorial Stadium, but the Seattle-centrism doesn't stop there. Loads of Pacific Northwestern talent will fill KEXP's stage throughout the weekend (as will some to-be-announced sessions from artists outside the PNW), as well as a ton of heavy-hitting KEXP favorites (Father John Misty, Tame Impala, Run the Jewels). And that's only scratching the surface - other sure-to-be highlights of the weekend include Margo Price holding down the country contingent on Sunday evening, Bob Moses bringing their silvery groove to the Fisher Green Pavilion on Friday afternoon, and what is sure to be a beautiful, sublime nighttime set Explosions in the Sky on Saturday. In the fairly unlikely case that there's no music going on that piques your interest, there are laser shows at the Pacific Science Center, tons of great food options, and a wide-ranging comedy lineup that runs alongside the music. Undoubtedly, there are plenty of great things to do on Labor Day Weekend in the Pacific Northwest, but there's only one where you can get your fill of music at an event with what is quite arguably this summer's most PNW-centric lineup, so go camping next weekend. It'll still be sunny then too. There are still passes on sale (for now) at the Bumbershoot website. 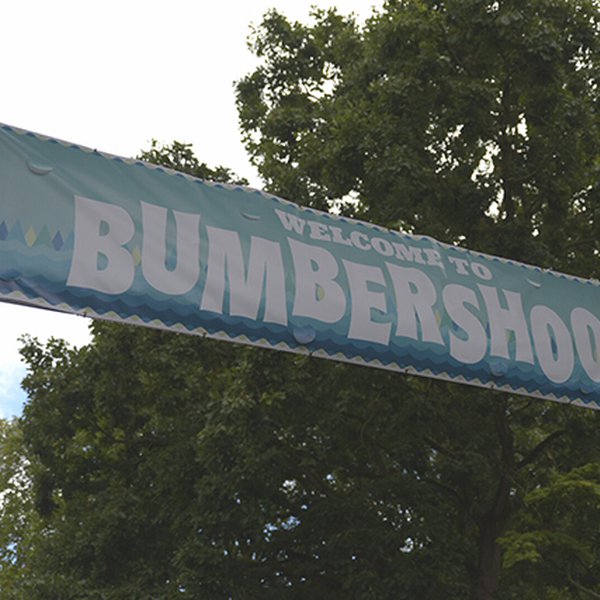 It’s Labor Day weekend, and in Seattle this means one thing: Bumbershoot is taking over Seattle Center. And since KEXP’s New Home is located right on the festival grounds, we’ll be right in the center of the action. We'll be braving the rain all weekend long to bring you great festival coverage her…