The New Year has its own special meaning in the world of music. While most of the world is looking forward, it's a time for many audiophiles to luxuriously look back as they compile lists of their favorite records, concerts and memorable moments from the year past. In this sense, Shabazz Palaces may be a curious choice to close out 2015 with a New Year’s celebration show at The Neptune. The Seattle based duo’s last LP, Lese Majesty, came out midway through 2014, and, as with most artists, they’ve spent the following year relatively out of the headlines. And yet, in so many ways, the down years are the ones that define artists. The little details - a tour here, a single there, and an unexpected collaboration with other beloved artists - it all lays out the intricate framework that defines a next big release. In measuring these smaller moves, 2015 has been an unmitigated success for Shabazz Palaces.For starters, the experimental hip-hop act embarked on a successful world tour that took them from Barcelona to Bonnaroo, sharing the stage along the way with a diverse range of artists such as TV on the Radio, tUnE-yArDs, and Flying Lotus. Then came a single released through Adult Swim that garnered praise as a fitting follow up to the critically acclaimed Lese Majesty and solidified their spot at the indie hip-hop royal table between fellow Adult Swim single participants, Danny Brown and Run the Jewels. Finally, Adult Swim released another single, this time a collaboration with Flying Lotus and Thundercat, appropriately titled, WOKE, that set the psychedelic corner of the hip hop community ablaze. In fact, the sonic boom set off from all three artistic giants all blasting off on the same intergalactic track was enough to send reverberations across the entire blogosphere. It certainly kept the name Shabazz Palaces on people’s lips. If 2015 was the group’s rebuilding year, they’ve set the pieces for a 2016 unlike any other. As the clock neared midnight at The Neptune, the notoriously futuristic duo had plenty to look forward to and aimed to celebrate with the awesomely weird tracks that every fan wanted to hear. 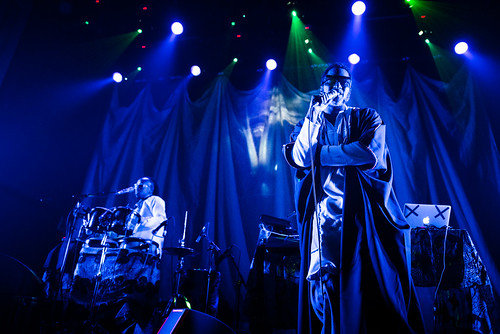 Brooklyn based duo Camp Lo held down the night's opening spot after also opening the night before for the reunion of Ish's grammy winning 90's act, Digable Planets. Though going unlisted on the Shabazz Palaces bill ensured that a great deal of audience members had not a clue who Camp Lo were, their unadulterated flow, finesse, and style over classic beats also ensured that none would soon forget their performance. In case there was any doubt to their supreme lyrical talent, rappers Sonny Cheeba and Geechi Suede employed a cappella breaks from their be-bop infused beats as they strung along complex lyrical segments aided by nothing but their own rhythm and talent. With hits like "Sparkle" from their 1995 breakout album, Uptown Saturday Night, and "Black Jesus" from 2015's Ragtime Hightimes, Camp Lo owned their set with twenty years worth of boombox blasting jams. 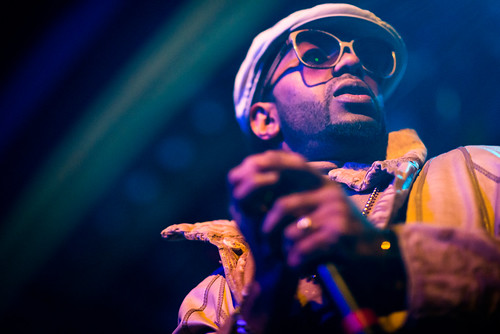 Having seen Shabazz Palaces more than once in 2015, I figured nothing would come as much of a surprise in their final concert of the year. But from the first swells of a jazz laden intro, appropriately overlaid with historical speeches on freedom and revolution, this show was different. For starters, there was the extra futuristic garb. Never ones to shy away from a pair (or two) of fully reflective metallic shades, Shabazz Palaces upped their game this time around as Ish's pink highlighted robe and Tendai's layers of traditional beads provided the perfect perfect outfit for mother earth's resident space ambassadors. Plus, there were the smooth guest vocals performed by none other than Catherine Harris-White of fellow SubPop duo, THEESatisfaction. And finally, there were the dancers--two impossibly energetic women whose highlighter face paint accentuated moves that were equal parts precision, power, and beauty. To put the traditional qualifier of "back-up" before their title would be both factually wrong with regards to their position on stage and and highly misleading with regards to their captivating stage presence.

Still, as with any great musical performance, the songs came first. Performing hits from across the span of their discography, from 2009's "Capital 5" and to 2014's "They Come in Gold", Shabazz Palaces spent little time reminding everybody of their immense talents. While Ish commanded the beats with his razor sharp lyricism and artfully even-keeled flow, Tendai cut loose on a barrage of multi-instrumental breaks that danced in to, out of, and around every beat. Since one aspect the defines Shabazz Palaces is there versatility, Tendai also laid down his fair share of rolling vocals while Ish manned one of the many synthetic beat pads adorning what could be described as his live emcee work station. The fact that the duo can cover so much ground, both personally and sonically, without getting lost is a tribute to their focus and ambition. As they continue to travel from the dawns of humanity to distant planets of the future, Seattle can be proud to call these other worldly travelers our own. 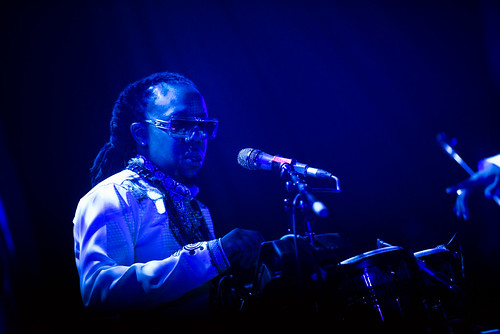 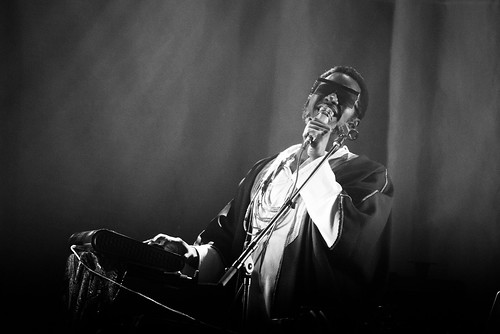 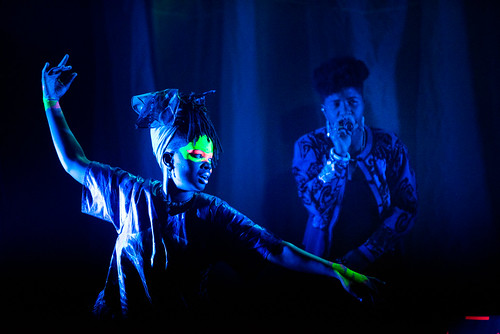 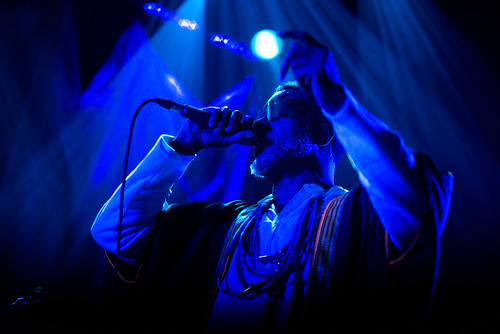 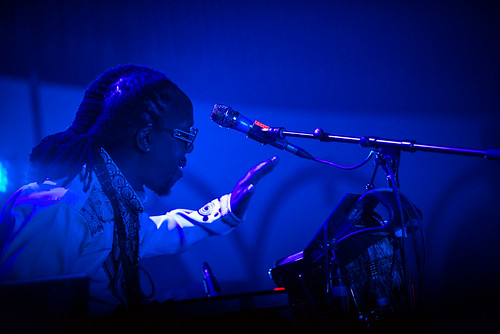 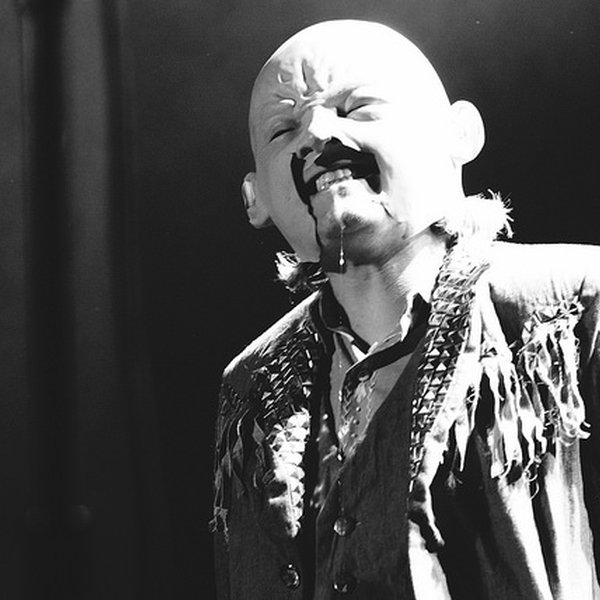 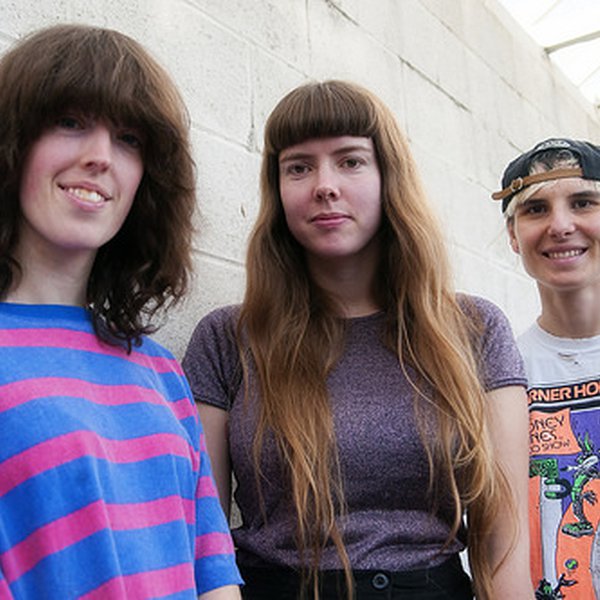 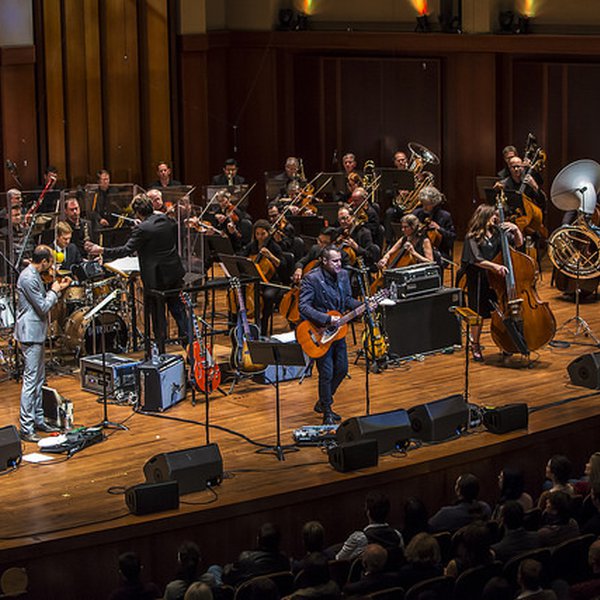 Live Review: DeVotchKa with the Seattle Symphony at Benaroya Hall 1/12

From smaller clubs like The Crocodile and the Tractor Tavern to the luxurious concert venue of Benaroya Hall. "This is quite a step up from where we started in Seattle," joked Nick Urata, frontman for DeVotchKa, as he stared out at the expansive room, seemingly sold out from floor to third tier bal… 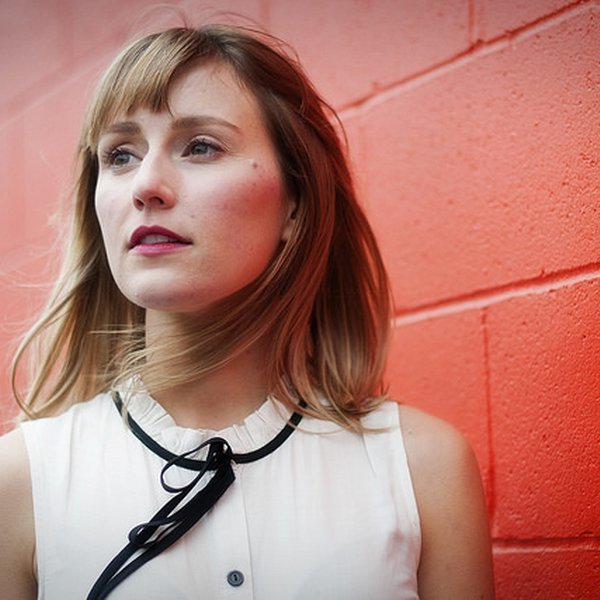 Seattle's Lemolo specializes in the kind of dark, introspective, and haunting music that fit so well in the old live performance space at KEXP's Dexter studio (and will surely fit in the new one as well!), which is perhaps one reason we keep asking them back. Ahead of the release of their 2015 albu…