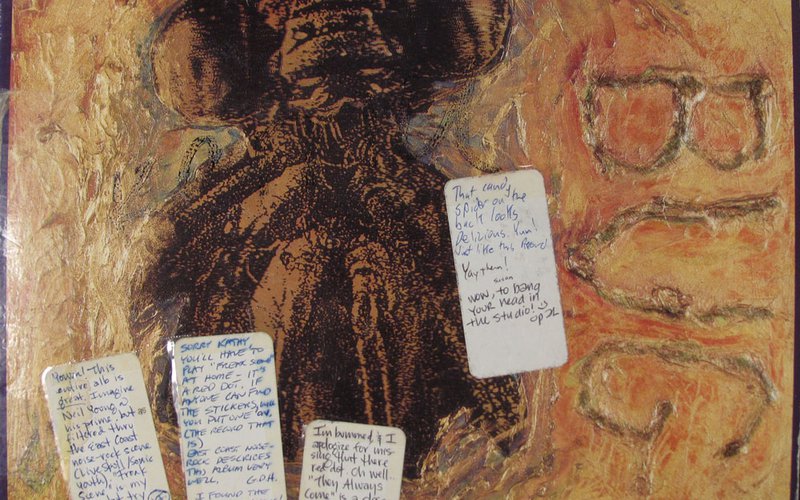 Can you believe I've been doing this here blog series for 8 years now? I can't even believe blogs have existed for 8 years. I could practically start posting albums that were new back when I started, if only this back-and-forth review culture that was so active in the '80s and early '90s were still going strong. I blame the internet, for giving today's music nerds too many outlets, so they don't feel like their only option to have their opinion heard is to write it on a sticker and slap it on an album cover in a radio station library. Curse you, Wordpress!

Where was I? Ah, yes, 8 years ago. It all started with a CD by a little band called Dinosaur Jr.... so I thought I'd bring it all back home this week, with another Dino Jr. selection. Where Green Mind was the first album without Lou Barlow, Bug was the last with him (not that they knew it at the time) - until 2007, of course, which reformation was I guess what prompted me to cover Green Mind in the first place.

Anyway, enough outta me. Here's what the (volunteer) professionals had to say about Bug. (Spoiler: it's mostly about accidentally playing an obscene song.)

"Yowza! This entire alb is great. Imagine Neil Young @ his prime, but filtered thru the East Coast noise-rock scene (Live Skull/Sonic Youth). 'Freak Scene' is my fave, but try 'Don't' if you like real raunch, shredded vocal chords 'n' the like."

"Sorry Kathy, you'll have to play 'Freak Scene' at home - it's a red dot. If anyone can find the stickers, will you put one on. (The record that is.) East coast noise rock describes this album very well."

"I found the red dot stickers!"

"That candy spider on the back looks delicious. Yum! Just like this record."

"Wow, to bang your head in the studio!" 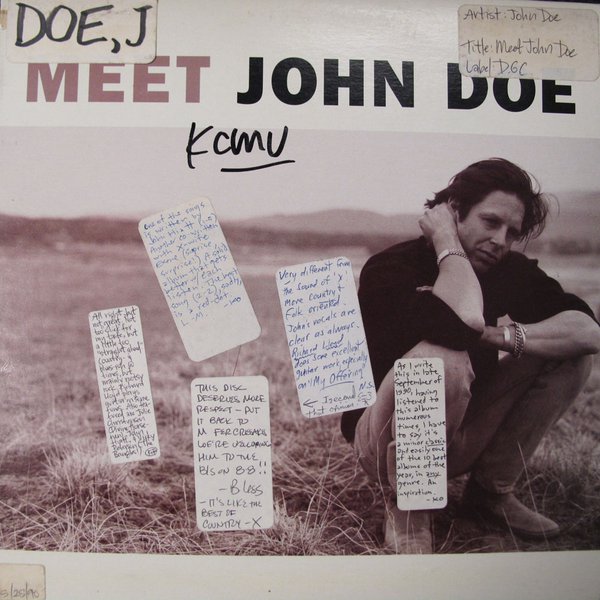 Well, now I'm depressed. I just did some math, and it turns out that in 1990, when John Doe took a break after having released six albums as a member of the legendary punk rock band X (see here for #6) and released his first solo album - as practically an elder statesman of punk rock - he was 3 yea… 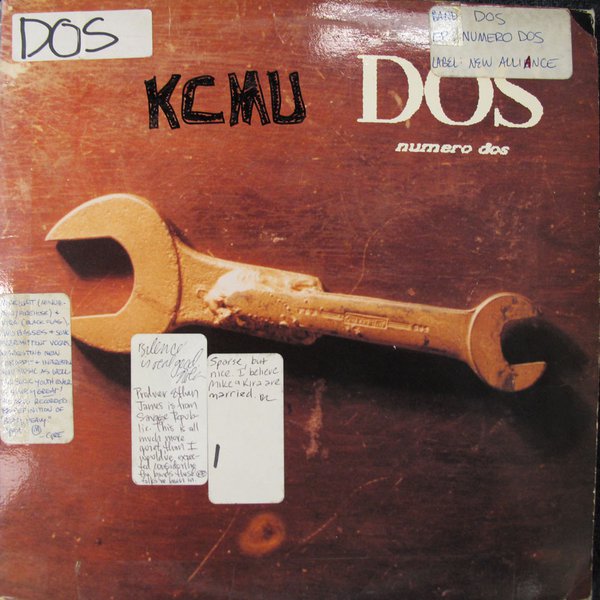 Dos, the fearsome bass duo of Mike Watt and Kira Roessler, belongs to that rarefied class of bands that I know I love without ever having knowingly heard them. Their music is played entirely on two basses, the charmingly low-key punk rock hero Mike Watt is half of the band, they seem to love what t…