Andrew W.K. is a brilliant capitalist. Need proof? Here's one: he's still a cultural zeitgeist even now in 2015. Generations have come to Andrew through a stunning variety of mediums. You may know him from his now-classic 2001 party soundtrack to end all party soundtracks I Get Wet, or from his contemplative Village Voice column "Ask Andrew W.K." in which he has taken questions regarding the existence of religion, what to do with suicidal thoughts, how to deal with bigots, and other easy topics. Or, perhaps you know him from his goofy MTV classic Andrew W.K. is My Friend, or from his brand new (and highly popular) podcast about American politics and social tendencies America W.K.. He has starred in B-rate slasher movies. He has a show lined up on Glenn Beck's television network. He toured last year with Marky Ramone. He provided narrative for the 2009 Gundam TV series. The list of bizarre dualities goes on. But it all started with I Get Wet. The Y2K-primed collection of 12 jock jam-esque party rock killers has forced the attention of thousands over the years, from the critical pannings to the glossy eyed remembrances, there is practically no one that goes completely unaffected by the work of Andrew W.K. Thus, in 2015, it is a strange gift to witness the man stripped of all his mystery, and given only his keyboard and his mantra to both entertain and amaze. Following the wild popularity of 2013's The Party Messiah tour, Andrew W.K. embarks this week on another solo piano tour, kicking things off at the Barboza. With support from The Fabulous Downey Brothers, Andrew W.K. kept the party going for another round, proving that in addition to being a brilliant capitalist, he has stayed a brilliant human being, and in accordance with his own teaching, has never stopped living in the red.Seattle's own The Fabulous Downey Brothers got the party started right on Monday night. Just the night before, the band opened up for granddaddies of partying out of bounds, the B-52's, and tonight, they open for the party messiah. I think between the quirky character-driven nature of the former and the thirst for blood of the latter, the Fabulous Downey Brothers are aligning themselves with the right parties (pun!). The band have a new record out on their Bandcamp and they played plenty of it tonight, including the sneaking horror of "Busted" and the bossman struggles of "Work Harder". The Downey Brothers win enough points for their costumes alone, but behind the masks, they are excellent songwriters with a knack for pop hooks. Every track has the first few rows of the crowd singing along with one or two repetitions of the chorus. Halfway through the set, outfits and stage arrangements change as the drummer and singer exchange duties for another batch of songs, including the hater send up "Eat Dirt". The Fabulous Downey Brothers got energy going in wonderful ways. If you live in Seattle and haven't witnessed them yet, you are seriously missing out. 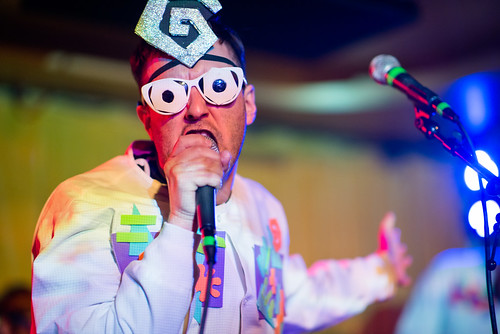 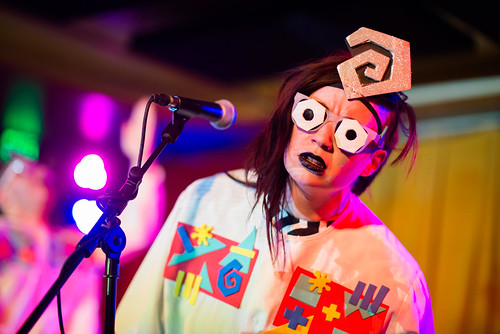 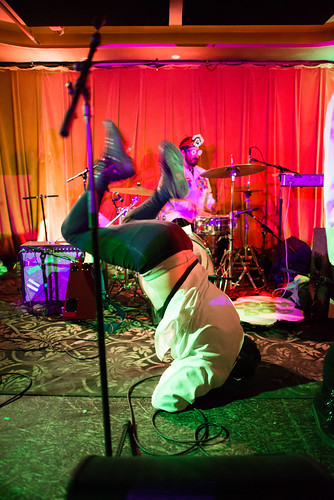 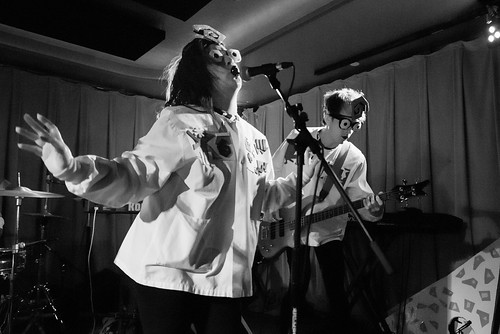 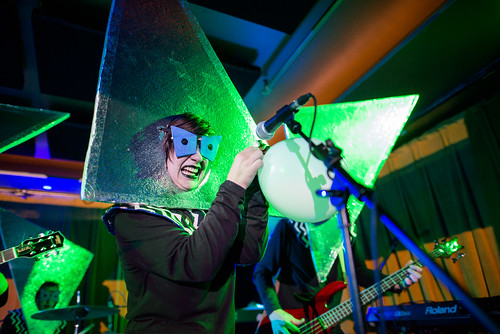 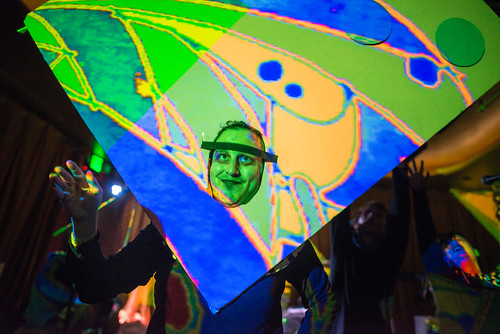 Before Andrew emerges, the lights go down and a siren whines over the sound system. There's a cute dialogue about police hearing about a huge party and headed down that way before Andrew's own voice enters the fray and asks the crowd if they are ready to get the party started. "Tonight is all about all of the positive feelings. Tonight, all of the people here are all friends. Tonight is about having the best night of your life." As the people scream and cheer and beg for Andrew to enter the stage, you can't help but smile. Sure it's all a pre-recorded hype track, but it does exactly what it is supposed to do: present Andrew's mantra in plain text in its purest context: sweaty and crowded and surging with endorphins. And when Andrew W.K. finally piles out of the side stage door in his usual all white with greasy black hair flowing down past huge biceps and an insane grin, the whole experience doubles. And in that moment, when you don't know whether he's a psychotically happy mad man or an ivy-league motivational speaker with a limited wardrobe, that's when you really meet Andrew W.K. That's when the party starts.

Bent in a massive lunge with fingers held above his head on the ivories, Andrew busts straight into I Get Wet classics with insane response from the crowd. The "No Crowd Surfing" signs posted every 10 feet around the room are literally the only thing keeping them from putting plenty of new shoe-holes in the roof. Andrew's solo choice of arrangements is simple - just a recorded track of his classics missing the piano parts topped with Andrew and his keys screaming at volcanic levels of heat. Did you know that Andrew W.K. was a classically trained pianist and can throw down a fucking sick ragtime number with a two step accompaniment by stage hand/backing vocalist/free t-shirt provider Krenshaw? I bet you sure didn't. But that's exactly what happened time and time again. Blasting I Get Wet in a tiny room full of insane fans is reason enough for a party. But when all that is topped with a head-banging Andrew W.K., one hand held behind his back so he can show off how fast he can rip through chords on "We Want Fun", there's nothing better in the world. That is, until Krenshaw and Andrew have a two-step battle on stage that incorporates ankle-breakers and trash metal fist pumping. After that, Andrew sat down at the piano and played The Dance of the Sugar Plum Fairies from Tchaikovsky's The Nutcracker with no accompaniment. Just picture that for a second.

Sure, all of the above makes Andrew W.K. look like a lunatic or a guy with shtick, but in reality, he's neither. As every soccer anthem pounds your brain into oblivion, Andrew glances up from his keys every once in a while with a delirious smile and pantomime's his own chaos. There's no question in these moments that Andrew is 100% self aware. He has a show, and it is incredibly unconventional, but it's never unintentional. Andrew isn't your average trying to be cool rock star. Rather, going to see him live is more like going to see a rock and roll Penn & Teller. He's a bit of rock, a bit of magic, and a whole lot of laughs, and altogether, they make up the experience that we receive. Outside of his chaotic music career, Andrew W.K. is a well-rounded human being that contributes to society. Just this week, he wrote a brilliant essay for the Village Voice about living to your utmost potential and not letting the heaviness of the world get you down. If we live with patience and love and aspire to understanding, then we can make the best of even those situations that we can't control. And you know what? In the meantime, if you need something to take your mind off of all the chaos, Andrew W.K. is your friend, and he's playing a show near you that bleeds positivity.

After playing a massive rendition of "Party Hard", Andrew quieted down for another great setup. "Guys, this was the best party ever. It feels like we are partying like it's the New Year. Actually, can we pretend that it is for a second? Let's all pretend it's the New Year!" A countdown booms over the soundsystem, "99, 98, 97...". Andrew has a little under two minutes to drive home his message one more time. "This year, we are going to be the best people we've ever been. We are going to live to our full potential, and we are going to be happy and try and love the people around us and make them happy too. This year, we are going to exceed our own expectations! We are going to party!" As the countdown finishes, the crowd explodes, and Andrew and Krenshaw bust into the I Get Wet title track. It's disgustingly hot and sweaty, and it's a Monday night, and the whole world is spinning outside with all its problems, but in Barboza, it is all good. Everyone is going to leave tonight fulfilled and ready to live another day thanks to the insane genius of Andrew W.K. There is truly none other beside him. 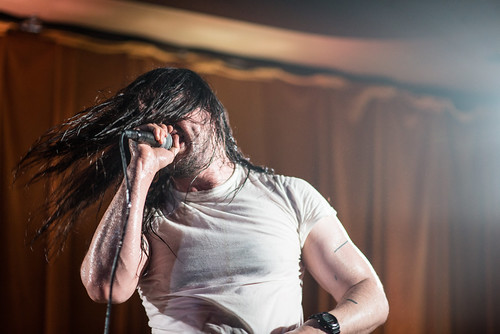 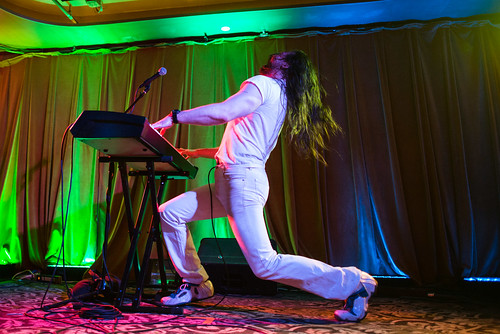 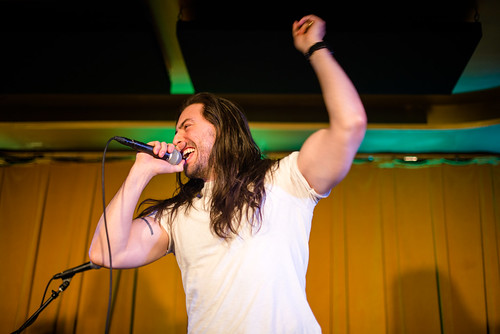 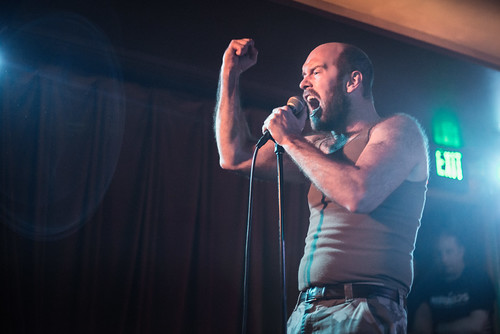 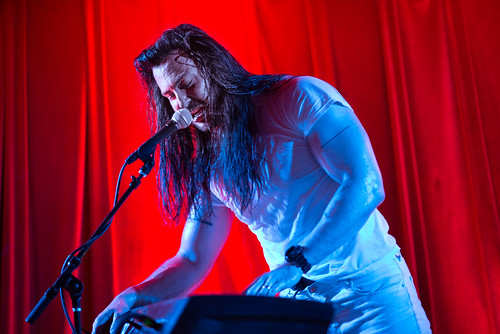 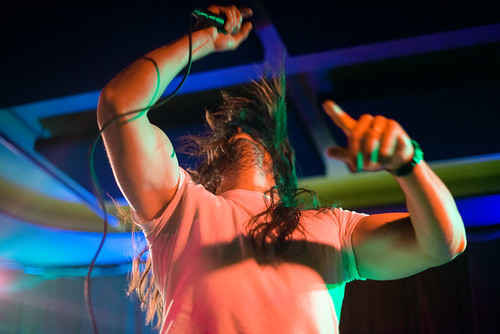 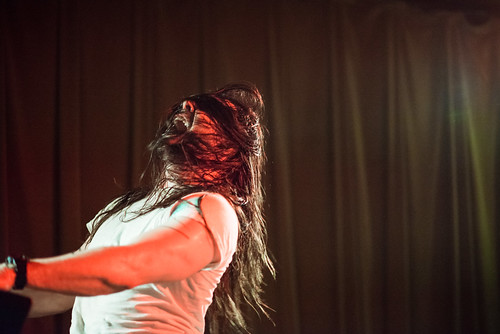 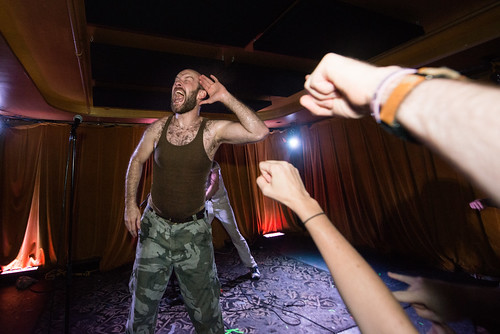 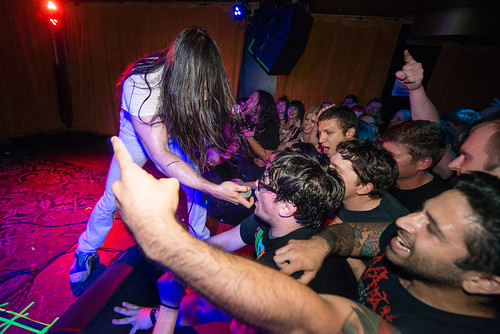 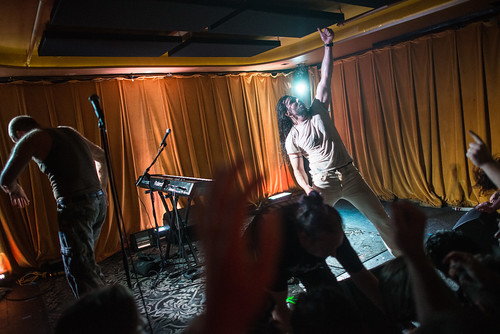 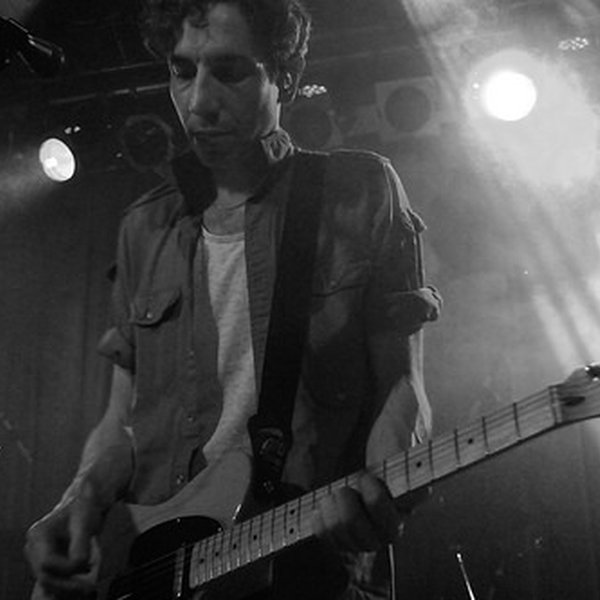 After showing off one of the most refreshing album rollouts in recent history (see: fake websites, conference calls, and blockbuster billboards), synth pop duo Tanlines don't seem to be running out of ways to up the ante on tour. Eric Emm and Jesse Cohen brought a rock-heavy four piece setup to N... 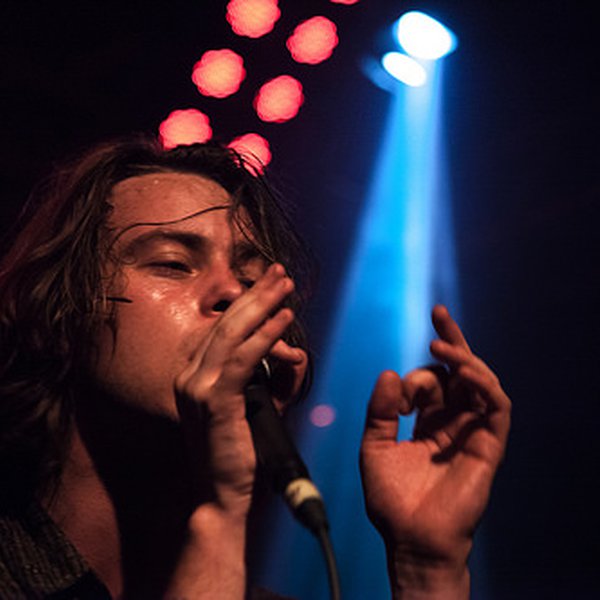 Live Review: Iceage with Steal Shit Do Drugs at Neumos 6/29/15

"Good evening" or "we're Iceage from Copenhagan, Denmark" wasn't the first thing that Iceage frontman Elias Bender Rønnenfelt said when the Danish four-piece arrived onstage. It wasn't even a simple "hello". It was a startling, guttural grunt that soared over the opening chords of "On My Fingers"...