True to style, every year, there are one or two bands that manage to navigate the Sasquatch! Music Festival contracts and squeeze in a Seattle date right before they head east. For 2015, that band was UK electronic showcase Jungle. While they absolutely wowed crowds with their Sasquatch! set on Day 1, they took the Neptune the Wednesday night before, and with the help of local dance gods Beat Connection, threw a pre-game party sending Sasquatch! fans off to the Gorge dancing from the get go, giving Seattle a taste of the action without the full admit price. Jungle put down the show they've come to be famous for and wowed everyone in the Neptune to a standstill.Jungle is the perfect kind of global band for Beat Connection to be opening for. The Seattle sons started much in the same way as Jungle - a tag team duo knocking out house wonders one after another looking for a bigger, better way to show off their sound. Nowadays, Beat Connection performs with a very similar manpower to Jungle, with Tom Eddy lending vocals atop Reed Jeunger's brilliant production, joined on bass and drums by Mark and Jarred, respectively. The foursome is brilliantly honest to themselves, mixing house, R&B, tropical, and vintage sounds together for a truly unique mixture that doesn't try and lend itself too much to any specific foundation. In this, Beat Connection has become a band that Seattle's scene can't live without, and we wouldn't have it any other way. While all of the above is true, this, unfortunately, isn't the band we saw tonight opening for Jungle tonight, gleaning their fanbase and strutting their stuff. Tonight, Jungle was preceded by a DJ set from Reed, which, don't get me wrong, may not be Beat Connection proper, but it's nothing to scoff at. Performing as both Beat Connection and Dutty Wilderness, Reed has thrown some of the best parties I've ever been to, all in the form of opening sets, and I'm not even going to try and list them here. The crowd was still trailing in when Reed got going, but he made the best of it. Throwing down a top notch Beat Connection DJ set and getting the energy off to a good start, Reed continued to prove that he is one of Seattle's current top producers and sound innovators. 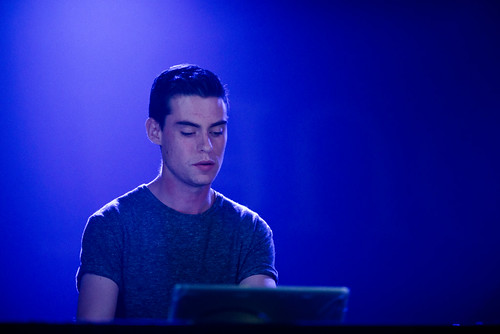 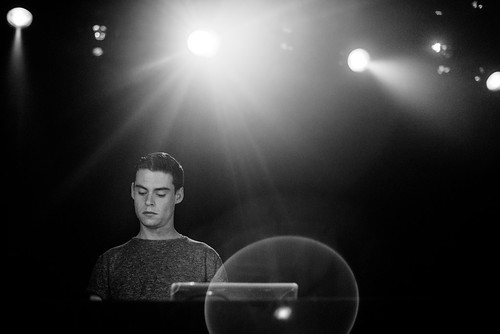 Last year, Jungle dropped their full length eponymous debut on XL Recordings to massive press. The UK duo of Josh Lloyd-Watson and Tom McFarland built their empire from the ground up, starting as two producers making some dope tracks in their bedrooms (they've been friends since they were nine), to fronting a massive live ensemble known far and wide for its energy and effervescence. The record has now spawned four singles, all creeping slowly into the UK indie and electronic charts, as the band continue to sell out club venues in UK, Belgium, France, and the US. Seattle got their first taste of Jungle last year at the Showbox last October, and now they are slated for a main stage Sasqsuatch! slot three acts before Sleater-Kinney. Not bad for a band that started not even two years ago - not bad at all.

Tonight, Jungle showed off exactly the show that the globe has been talking up. Josh and Tom lead up front with equal parts swagger and command, while the additional four or five musicians surrounding them all grace their production with pristine refinement and body. Jungle is one of those acts that probably could get away with running their show off of laptops, throwing up some trippy visuals, and calling it a day. But Josh and Tom are dedicated to the organic experience with their live show, and with the ensemble they've put together with Jungle's live team, they've absolutely accomplished it. The whole band moves with an uncanny synchronicity, and they bring the duo's album tracks to blossoming, rich vivacity live. Seriously, the live presence of these tracks makes you question whether or not the record was mixed to full potential - every track sounds absolutely massive on stage. Josh and Tom show off plenty, but they don't steal the spotlight from their support on stage. Jungle acts as one continuous presence on stage, and it's an absolute delight for all present. 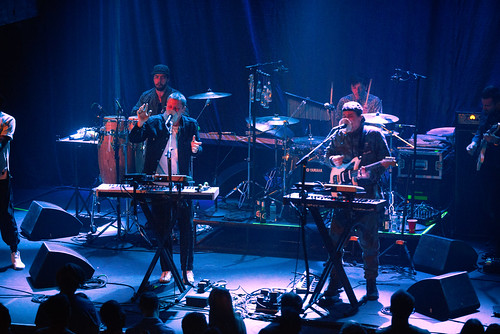 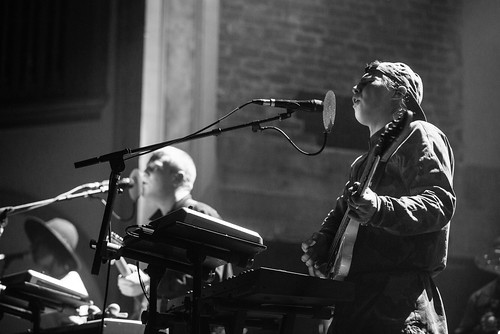 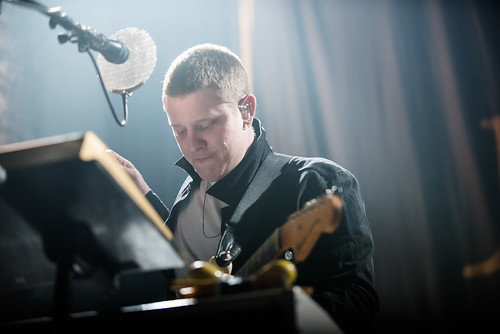 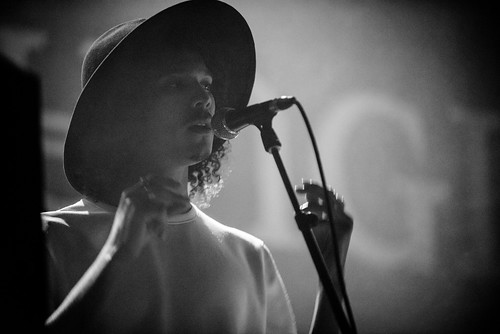 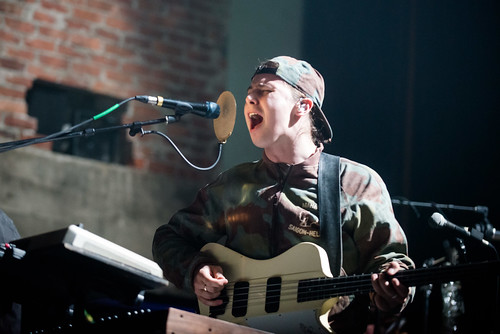 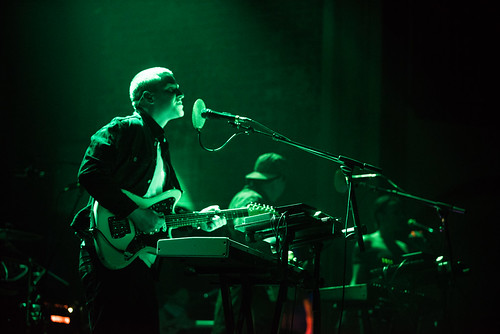 Jungle's debut record is out now on XL. Check out coverage of their set at this year's Sasquatch! Music Festival here. 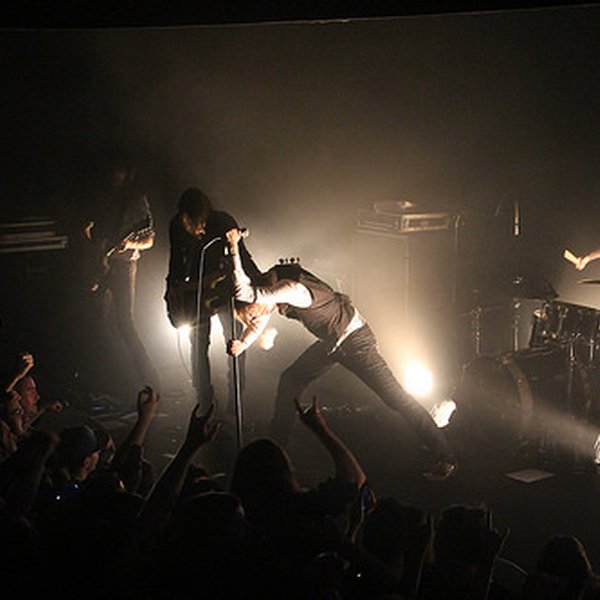 Live Review: Refused with White Lung at The Crocodile 5/30/15

Half an hour into one of Refused's first performances of 2015, singer Dennis Lyxzen laid out their current manifesto. "You know how when you're teenagers playing music and saying you're revolutionaries everyone just kinda thinks you'll grow out of it?" He grinned. "This is how you know we're just f… 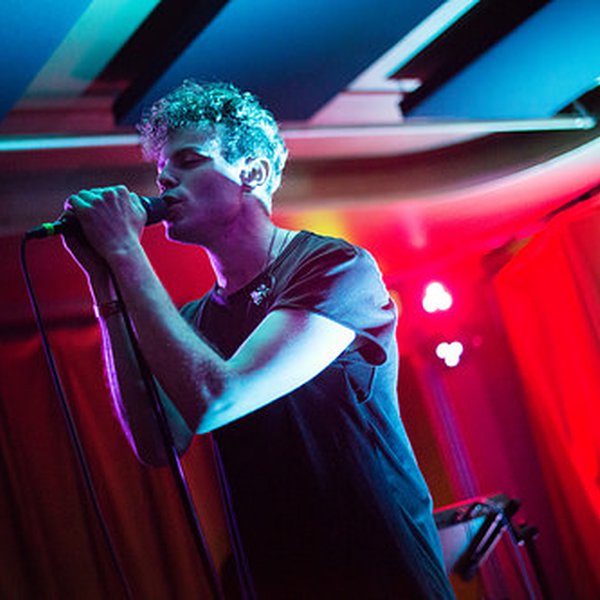 Something felt different in the Neumos basement last week as the crowd packed in to see Shy Girls. The Portland electronic act, led by Dan Vidmar, has been around for a couple years, dropping lush EPs including the lauded Timeshare, making earnest love songs for the introspective bedroom-ridden lis…