"I'm going to get all VH1 on you for a minute if you're okay with that, crowd of 85% shirtless men." Colin Meloy may be a bookworm at heart, but he's spent the last fifteen years learning how to be a rock frontman, and during The Decemberists' Saturday evening mainstage set, those skills were put to good use. For example, could just any frontman work a lyrical story about getting his son to eat breakfast (sample lyrics: "Hank, eat your oatmeal/Hank, eat your naan bread") into the intro of one of their bigger songs ("Calamity Song")? To be fair, not many would try such a move, but that moment was just one of many where Meloy translated a somewhat elevated idea into something relatable and maybe even anthemic. (See: 2009's The Hazards of Love) The Portland quintet (with two auxiliary members) were just that on Saturday night, playing songs from their most recent album, this year's What A Terrible World, What A Beautiful World. Notably, unlike their 2009 appearance, there wasn't a coitus-caused interruption to stop the Portland quintet's set this year, so for seventy five minutes, the Sasquatch veterans did what they do best: brought the audience into the never-ending folk-soundtracked, literary narrative of The Decemberists. 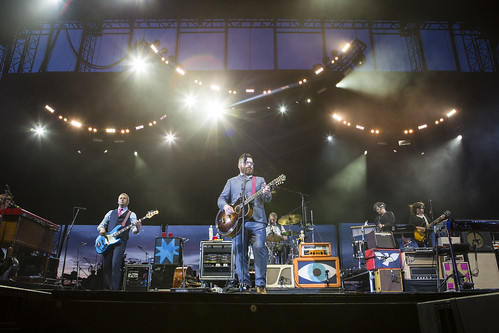 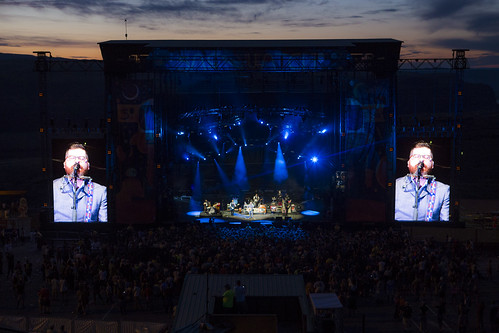 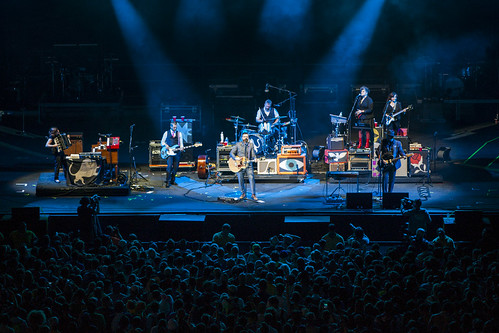 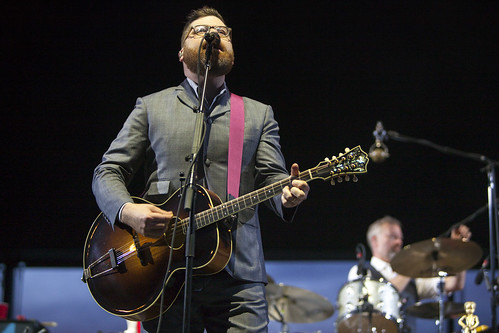 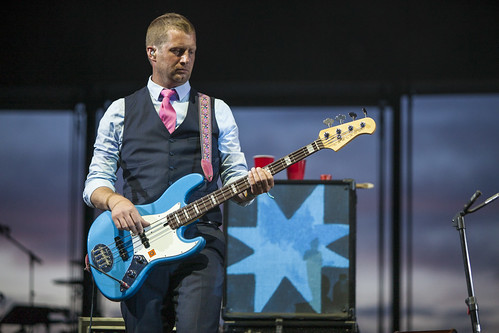 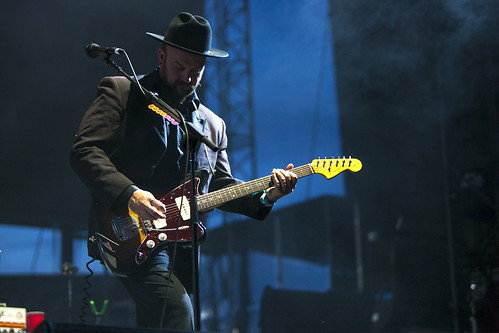 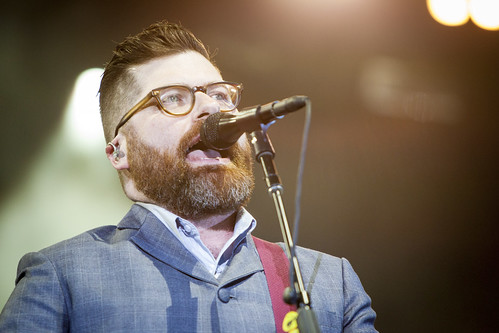 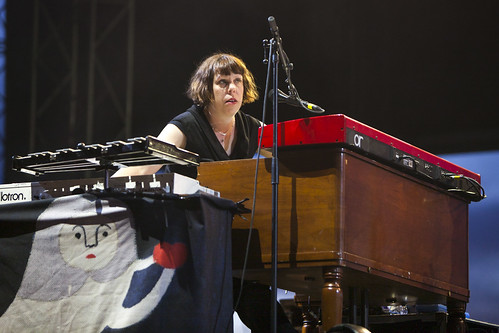 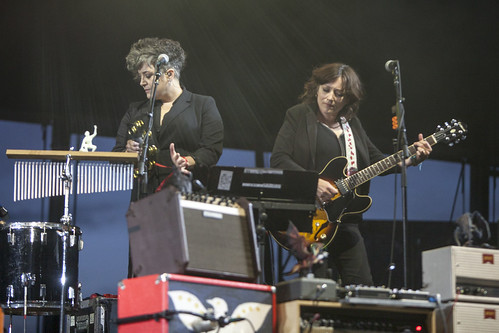 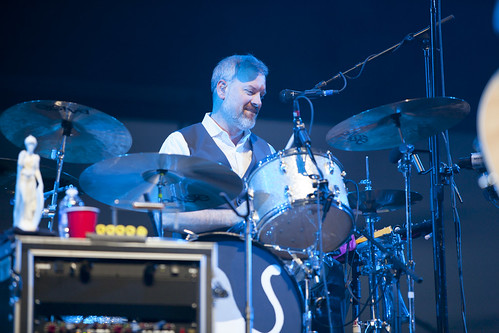 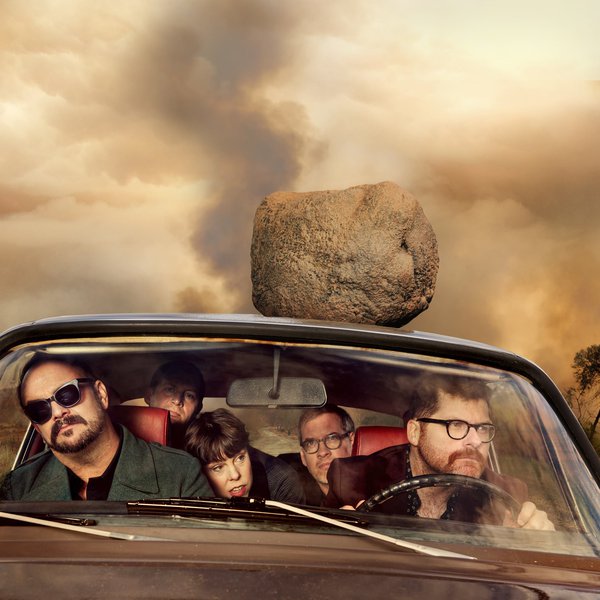 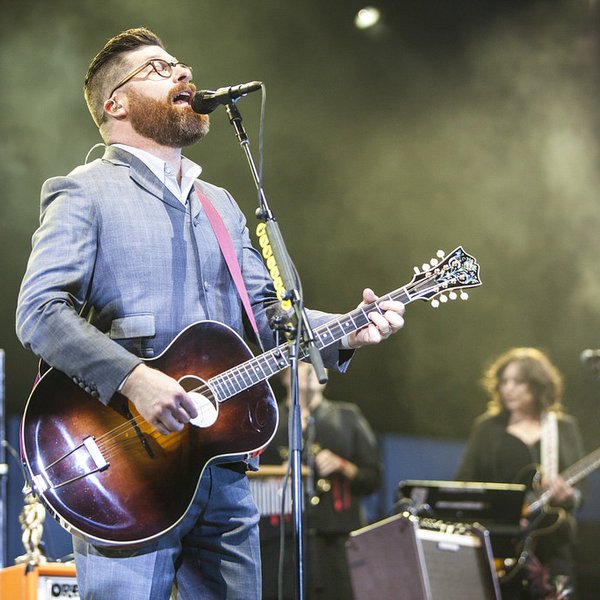 The Decemberists play on Kimmel, plus new music from Iceage, Oneohtrix Point Never, and more. 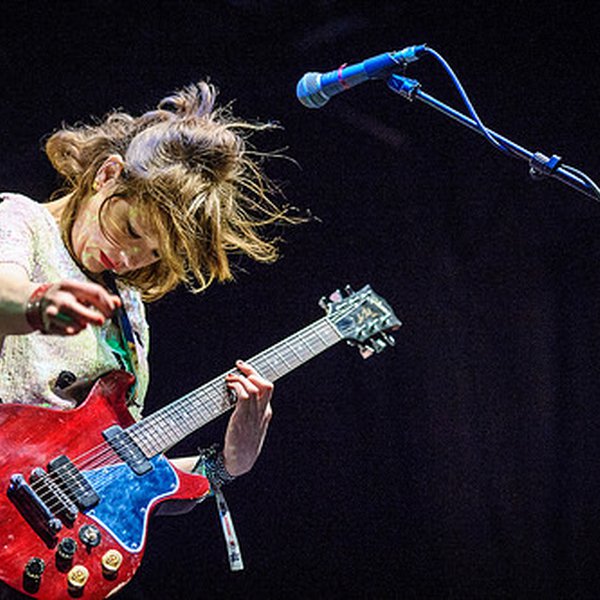 "Wait, they're here?" That's how most people reacted when they heard Ex Hex were playing, mishearing their name for that of the nocturnal London trio. But that confusion soon turned to either pleasant surprise or completely expected enjoyment as Mary Timony spent an hour unleashing riff after riff … 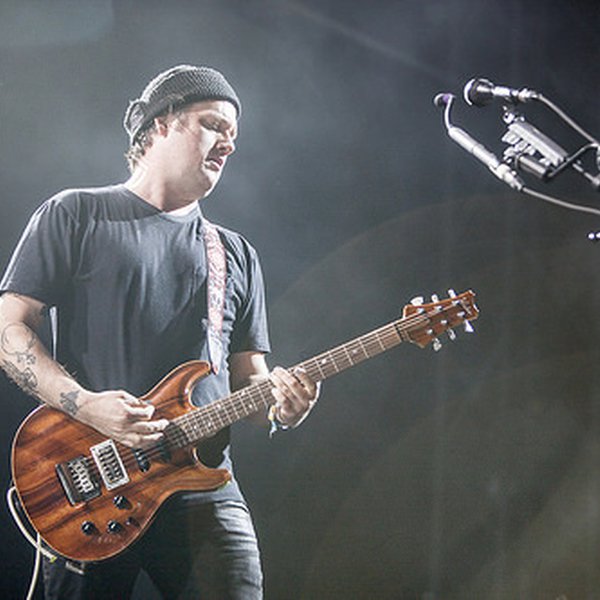 Seven years without a new album. Nearly biannual membership shuffles. Repeated reports of studio sessions without any release. For a minute, Modest Mouse looked like they might have been heading down the lucrative but artistically fruitless legacy act path that a few of their contemporaries are sta…