For almost five years now as Unknown Mortal Orchestra, Ruban Nielson has been learning how to give himself away. On his eponymous debut, it was from behind the closed door of a bedroom, where we heard psychedelic funk gems muffled through the wall and wanted to know more. On 2013's II, the door cracked a bit, and we got a purer form of a man, with a lot on his mind but even more energy in his feet. In a few weeks, Nielson will give us Multi-Love, and despite the fact that it was recorded in down in the basement under strange pink light, it feels like the most face to face record Nielson has given us yet. Seattle was lucky enough to get the opportunity to hear it live a bit before the record drops here at Barboza. With a fantastic band behind him and a sonic onslaught of experimental funk brilliance, it is evident that the new record finds Nielson in a more revealing place than ever. Together with fellow Portland psych band Nurses, Unknown Mortal Orchestra debuted their new album to Seattle with a truly dazzling display.Nurses have been around the scene just as long as Unknown Mortal Orchestra, with three records of their own, all released on Jagjaguwar's sister label Dead Oceans. The Idaho via Portland duo of Aaron Chapman and John Bowers takes a crunchy, electronic take on the likes of Animal Collective and Grizzly Bear, resulting in a psychedelic pop that is equal parts danceable and distorted. Aaron's vocals are bright and brash, always sitting on top of the mix no matter how dense it gets. While the band's last full length, Dracula, came out in 2011, Nurses' set tonight was ripe with new material, which, if it sounds anything like what we heard live, I really hope comes out soon. On one nearly a cappella track, Aaron belted out vocals while John manipulated a vocoder through his guitar - very neat stuff. All in all, Nurses' set was a fitting and entirely enjoyable opening to the evening, and I'm sure many of the audience will be keeping an eye on the band's Facebook for news of new music in the near future. 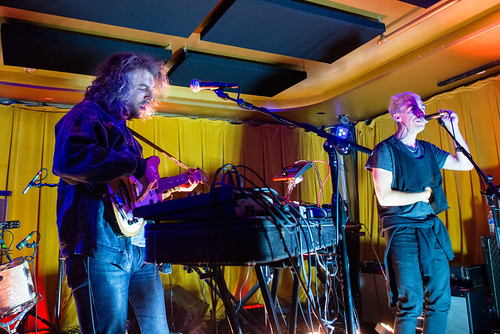 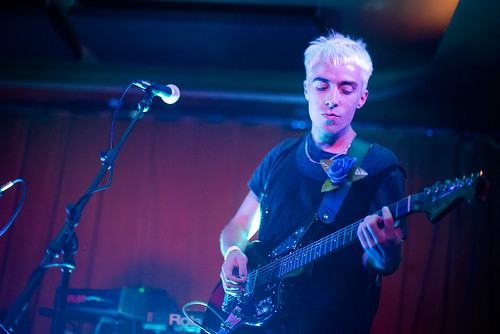 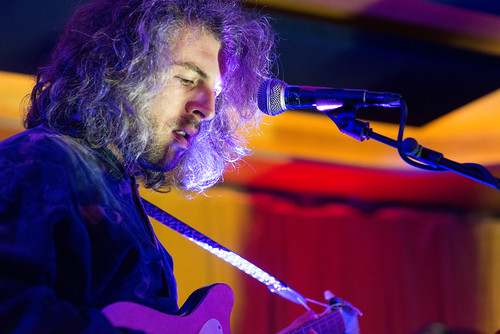 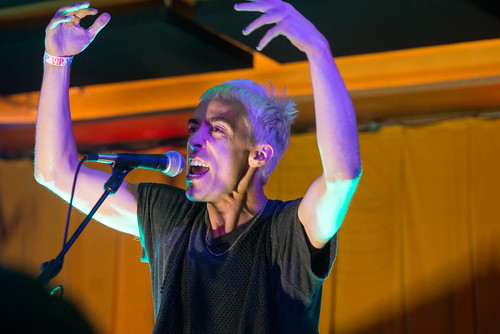 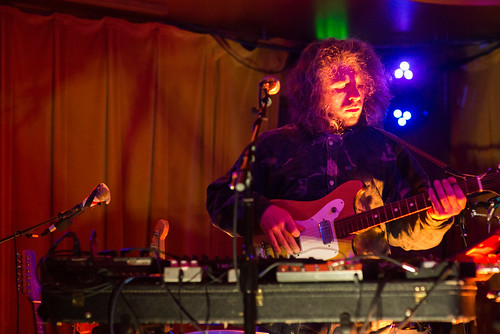 For the Multi-Love tour, Ruban has taken the enveloped sound of the past UMO records and retrofits them to the bright, lush openness of the new record. The result, as Barboza felt in full effect on Saturday, was a nonstop dance party of blistering psych funk madness. Nielson is a madman on the guitar, and in the live setting, you get a much more hands on experience with his endless guitar solos and fancy footwork. Meanwhile, drummer Riley Geare throws down some phenomenally jazzy riffs. Some tracks, like the Multi-Love title track, have these breaks built in, and the crowd just waits to be blasted . Elsewhere, Geare improvises and keeps the funk as loose as possible, which results in more dancing, more screaming, etc. Now with three albums at his disposal, Nielson's setlist is bulletproof. The self-titled classics like "FFunny FFriends" and "How Can You Love Me" sit perfectly next to the slick groove of "Can't Keep Checking My Phone" and the laid back groove of II cuts like "Swim and Sleep" and "So Good At Being In Trouble". UMO even threw in a couple Multi-Love tracks that the audience hadn't heard yet, all to abounding, positive response. As Nielson continues to get more extroverted with his work as Unknown Mortal Orchestra, his take on love just gets clearer and clearer. And as the fog clears, the dance floor just seems to pack in more and more. I'd say that's a winning combination. 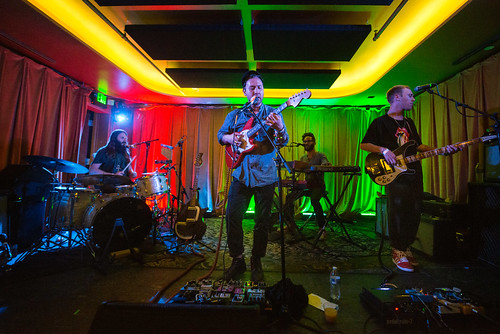 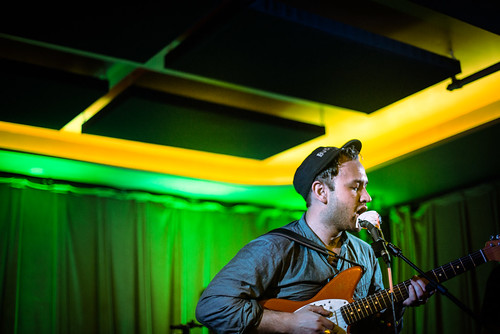 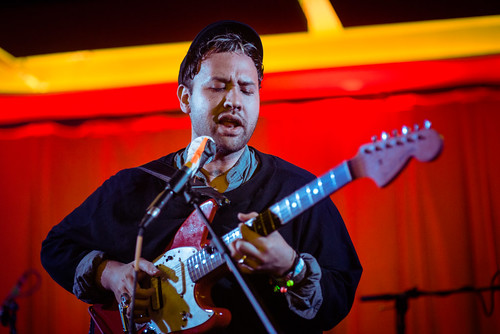 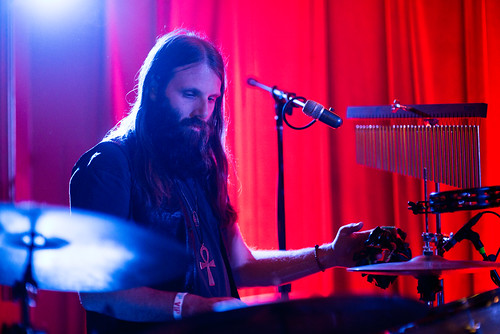 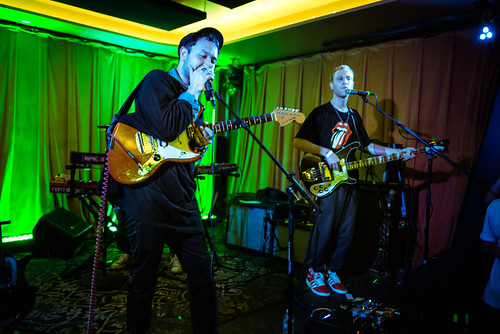 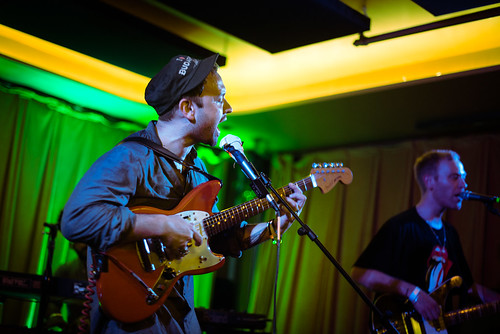 Multi-Love is out this month on Jagjaguwar. If you missed out on Unknown Mortal Orchestra this time, you can catch them at Capitol Hill Block Party this year alongside tons of other great acts! Grab tickets here. 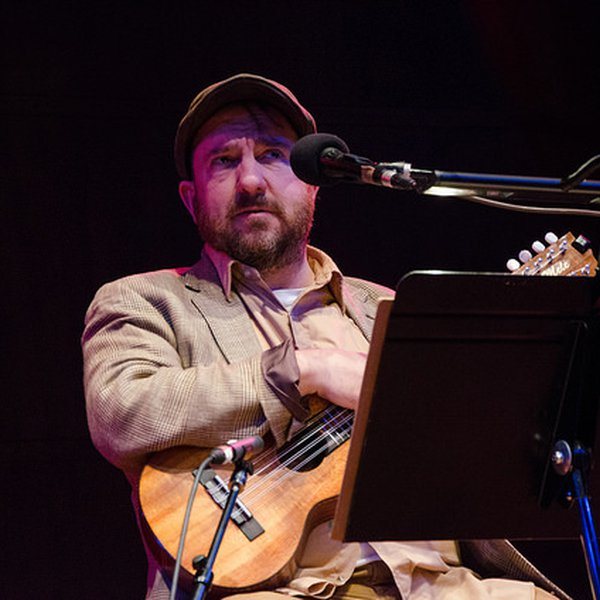 There are very few artists who can pull off what Stephin Merritt did this night at Benaroya Hall: a 26-song set with the song titles performed alphabetically, from A ("Andrew in Drag") to Z ("Zombie Boy"). Songs were culled from his extensive catalog of not only his most well-known project, The M... 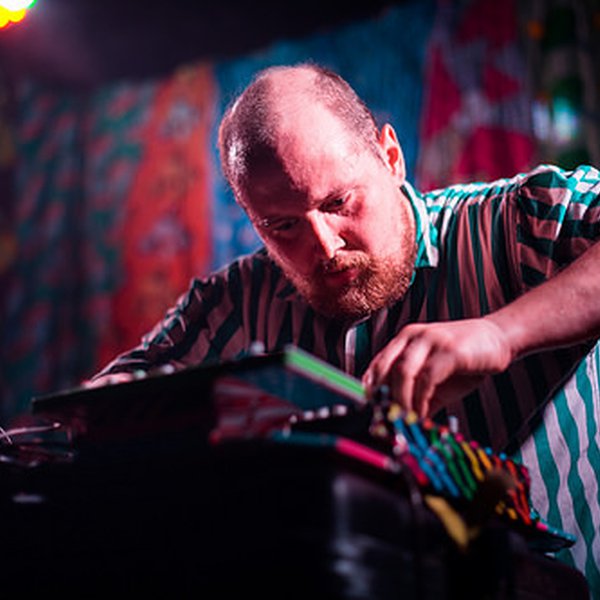 For Friday night's Neumos crowd, reality became something entirely separate from what we knew it to be. The night's headliner, Canadian electronic wunderkind Dan Deacon, bends the strings that we dangle by enough on his own, but combined with the dystopian shimmer of New York synth rock act Princ...