A mosh pit of all smiles is a beautiful and wonderful thing. Real mosh pits are great to start with. Not fake circle pits where following the leader dominates any true form of atomic self expression, but a real "I drank a little too much and don't mind being throw around by the couple people who really want this pit to happen" type mosh pit. When those happen, and the music blasting through the speakers is nothing but good vibes, and the people pick you up when you fall to the floor and buy you another drink, that's when you know you've come to the right watering hole for the evening. After christening the brand spanking new KEXP live in-studio space at last Wednesday's ground-breaking ceremony, Mississippi rock group Bass Drum of Death headed a couple miles to the north and west to show off their fantastic new record Rip This in full form. Together with Capitol Hill favorites Chastity Belt and Seattle grunge-wave group Bad Motivators, the night was ripe with ripping guitar and relentless dancing. It's amazing John Barrett's white shirt stayed so clean.Bad Motivators don't really do much to maintain subtlety with their Star Wars reference of a band name - they also deck out their stage with standees of key characters and Tusken Raiders. But regardless of sci-fi affiliations, the band throws down quite a show despite their relative youth on the scene. With an EP and some demo tapes to their name, (all free on their Bandcamp), the band is dialing in their live show with prestige, mixing synthesizers with grunge overtones to rock the Northwest heritage while still keeping things spacey. Plus, they ended with a cover of Pixies classic "The Sad Punk" - nothing to worry about here. Move along. 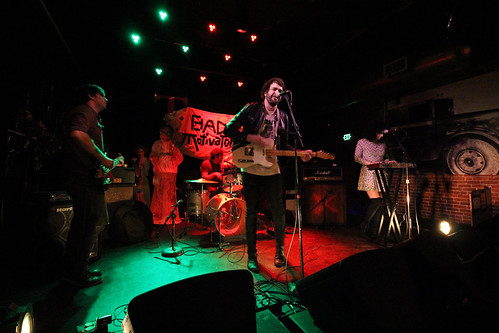 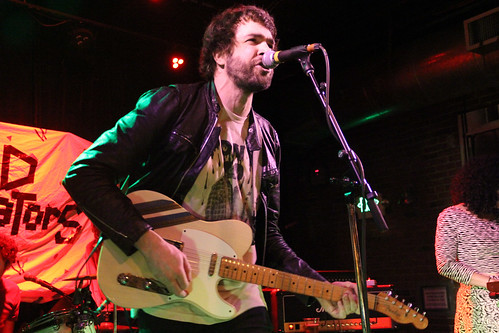 2015 sees Seattle quartet Chastity Belt kicking off the biggest year of their existence. The band follows their half tongue-in-cheek half deadly serious debut LP No Regerts with their first for Hardly Art, Time To Go Home, in March. The band has already given us the title track for free, but given the new tunes played at this show tonight, we are all in for a treat when the record drops. Julia, Gretchen, Lydia, and Annie keep pumping out incredible music and incredible live shows - tonight's contribution was no exception. If you missed them here, catch their album release show at the Highline on March 28. 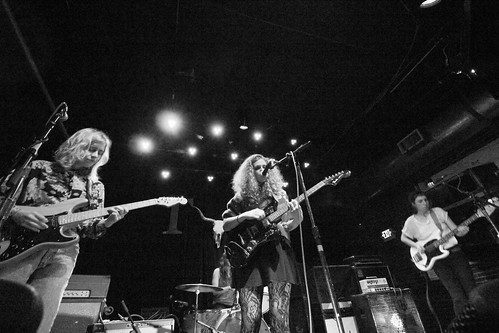 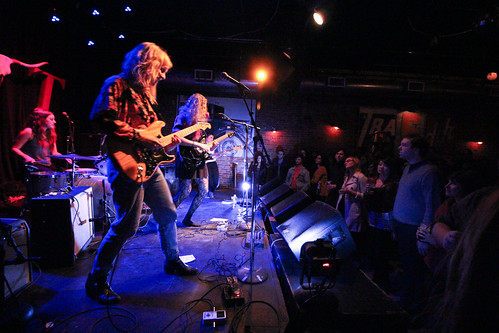 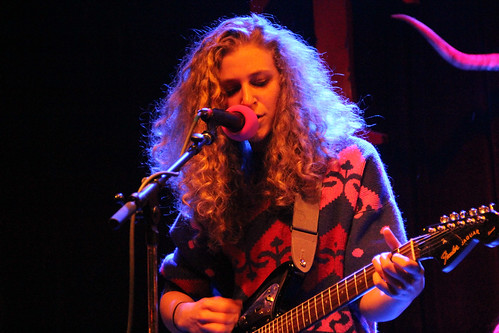 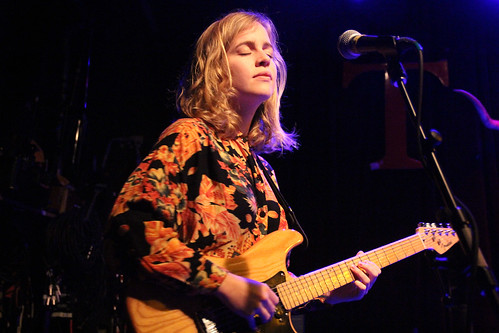 Sometimes it seems like garage rock bands have it easy, live. There are just so many things going for them before they even hit the stage. The music is fit for a head-banging party, it makes the people want to mosh and dance around and throw sweat everywhere (and, for one couple near the front, grind like there is no tomorrow). And the energy is all set with the impact of a strum - the hand drops and fuzzy power chords explode from the amps and it begins anew. As long as the guitars and screeching and the drums are pounding, all is good in the minds of the audience.

So what does this mean for a band like Bass Drum of Death, who actually write top notch, brilliant garage rock tracks that expertly mix fuzzy punk production with glam overtones for some of the best live tracks around? It means they get to show the imitators what it's like to put on a real show. The new record Rip This features studio collaboration from John's drummer Len Clark. Up until this record, John Barrett was a lone wolf recording Bass Drum albums. But the studio time shows it's full colors here in the live setting, as Clark and Barrett are in perfect sync with each other on stage, both compounding the energy in the room by a factor of ten. And finally, joined by the additional guitar noise-making efforts of Josh Hunter, Bass Drum is a force to be reckoned with

The new songs are all screaming rock and roll anthems. The old songs are jump around, raw garage throwdowns. There's very little in between even considerable for complaint. John Barrett is a very classic frontman. Not much is said where doesn't need to be under that mop of perfectly tousled hair, but when he does, he howls like a wolf at the moon. Hunter and Barrett dueled guitars fantastically well, bringing the formidable guitar textures of Rip This to full life for all that brought ear plugs and/or could still hear after the dust settled. All in all, a truly great performance from one of the rock scene's most consistent acts. We're still crawling after you, John Barrett, and we don't want to stop any time soon. 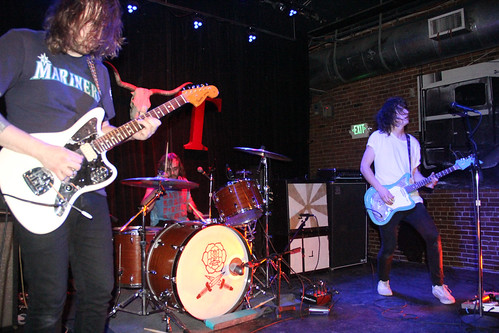 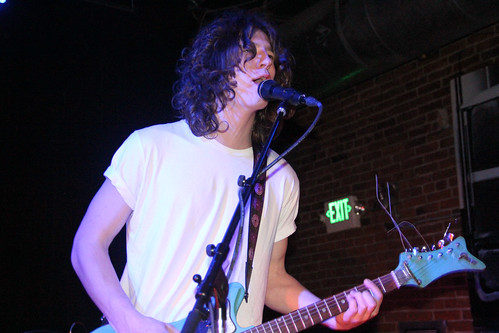 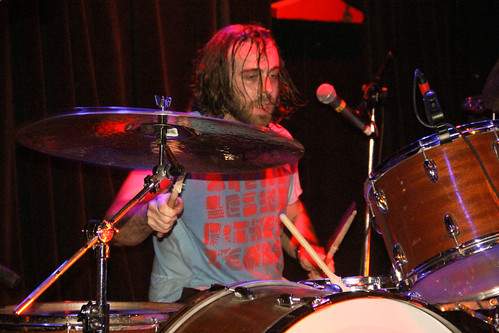 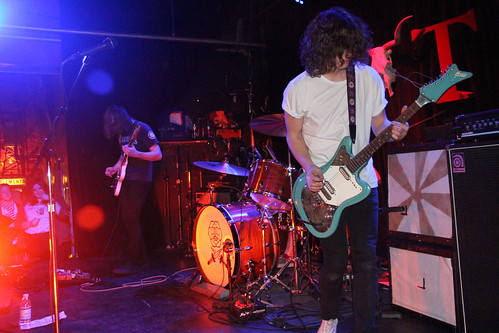 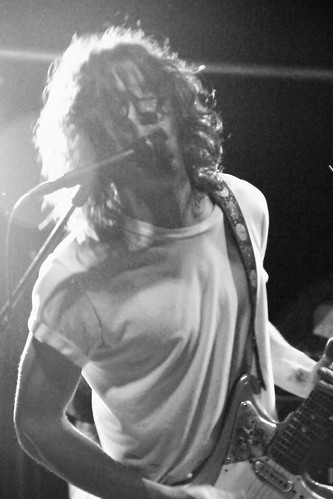 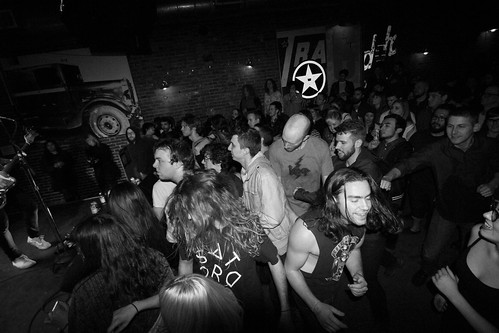 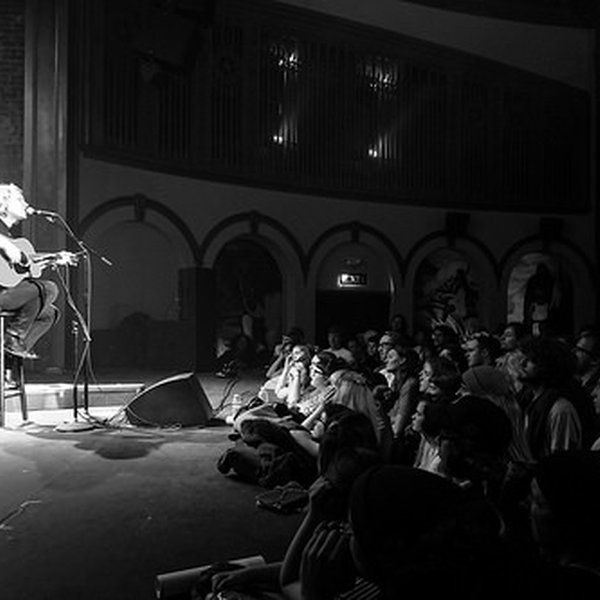 Every year, Seattle gets a small taste of Sasquatch! Music Festival at home four months before the festival takes place. Sasquatch! Launch Party is a great event every single year, both with or without context. As the rain beats down on the dreariest months of the Seattle year, we all dream of Memo… 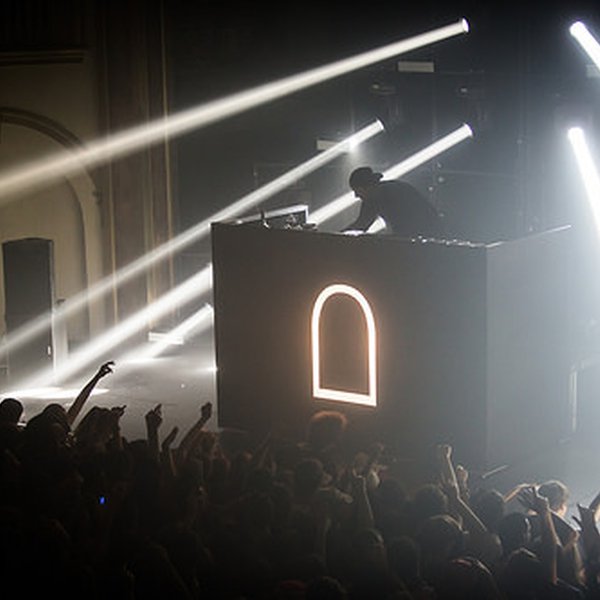 The problem with cool stuff is there's always a process by which it becomes uncool. A handful of true artists perfect a craft and then an uncanny number of hackneyed copycats sample bits and pieces out of context and bastardize the whole thing to no end. This is maybe no better exemplified than wit…