Seattle's Cabana is playful and childlike in a raucus, garage-rock way. They're joyous and yet lo fi. In a way, they're all the great things that music is about. Because of this, we wanted to catch up with singer Roan Hartzog and ask him a bit about the band and what's coming up next.

You have a very pretty, tight, yet still garagey sound. If you were playing on stage and could pluck any musician past or present out of the crowd to take the band members' places on stage, whom would you choose?

I think I'd tag myself out for Prince. I imagine he could shred circles around all my guitar solos, which would be fun to watch. Plus everyone would be like, "Did you see that Cabana show?! Prince hopped up on stage and shredded!"

And for the rest of the players?

When I was 10, I dug my dad's guitar out of the attic. It hadn't been touched for probably 20 years and I had no idea how to tune it, so I just tried to learn "Wipe Out" on the low E string. I still use that guitar at shows in case I break a string.

The most recent time I picked up a guitar was probably a couple days ago. Just a nylon string in my apartment. I usually get everything arranged at home where I won't drive everyone crazy repeating the same part for an hour, then I take a more polished idea to the practice space where we all learn the song together.

If Cabana was commissioned to cover an entire album front to back but you could choose the album, which would you think best fits the band?

I'd have to say Gish by the Smashing Pumpkins. We are big fans of the Pumpkins (especially their first few albums) so I think it would be a lot of fun. Gish, Siamese Dream, and Melancholy are pretty much all I listened to as a kid. We like working a lot of dynamics into our songs, reoccurring melodies, dreamy interludes, transitions to connect multiple songs, that sort of thing. I feel like I learned a lot of that from the Pumpkins so it would be fun to pay homage to them in that way.

What’s your favorite venue to play in Seattle?

We just got the opportunity to play at Neumos for the KEXP Yule Benefit, which was so fun and surreal. I grew up seeing all my favorite bands play that venue so playing there was definitely one of my favorite moments for Cabana. The other favorite is the Tractor. We've played there several times and it's always a ton of fun. Really great sound system, very friendly and talented sound guys. Plus there's always a group of country fans that are accidentally there – sometimes you see the guy with cowboy boots tapping his toe to our songs. That's always a plus!

If you could have music lovers all over town hear just one Cabana song, which would it be?

I think "Wet Brick" would be a one. It's got a nice range from softer to heavier which is always really fun to play live. It was also really fun to record. That solo at the end that Nick does is crazy. When we recorded it I was at the computer and Nick was downstairs doing a take. I just remember this insane solo and then a loud THUD at the end. When I went to see what happened, Nick was just laid out on the floor with his guitar and cables all tangled around him like there had been a fight or something! A battle between Nick and the guitar. They both won in my opinion.

What’s coming up next for you and the band?

We are playing at The Grizzled Mighty album release party at Neumos on February 21st. That's going to be so fun. Also, we have a tour coming up at the end of March. We are going down to LA. That's about it for the time being. Oh, and we are playing in Portland with Aan and Helvetia on February 7th at the Bunk Bar. 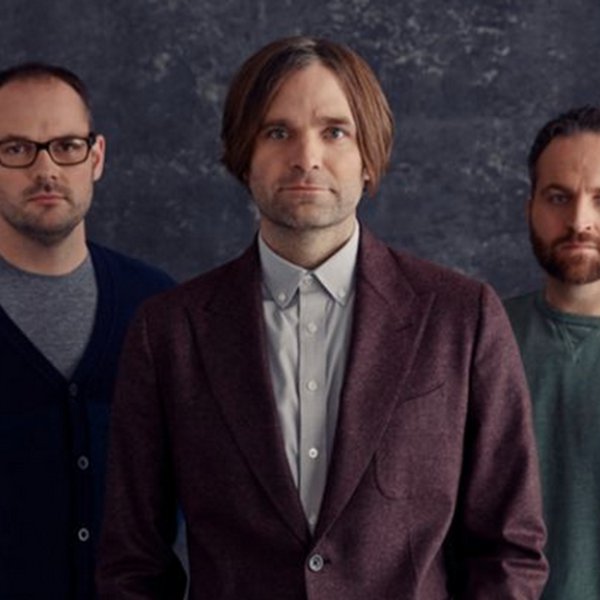 Well, doesn't that photo look weird? But, it's time to face the new line-up for Death Cab for Cutie: the band will release their first album without founding member Chris Walla, titled Kintsugi. What's a "Kintsugi", you might ask? It's a style of Japanese art where broken ceramics are fixed usin...

Every Monday through Friday, we deliver a different song as part our Song of the Day podcast subscription. This podcast features exclusive KEXP in-studio performances, unreleased songs, and recordings from independent artists that our DJs think you should hear. Today's song, featured on the After...