Well, Day 1 of Decibel Festival was just about spectacular. The festival has never been short on prestige, but this year, festival organizers have really put time and effort into carefully crafting some brilliant programs for each venue each night. Each night, Decibel fest attendees can hit their favorite Seattle haunts - the EMP, Neumos, Showbox, the Crocodile, and others - to see some very special shows from Decibel's impressive lineup. But this year, we got a wonderful new addition to the list of options: EMP's Level 3. Debuting the venue for the festival Wednesday night was a stellar lineup, showcasing the long-running and ever dependable music magazine and source for global music news, Resident Advisor. With sets from Kaytranada, Lunice, DJAO, and Jusmoni, Level 3 made one hell of a first impression. 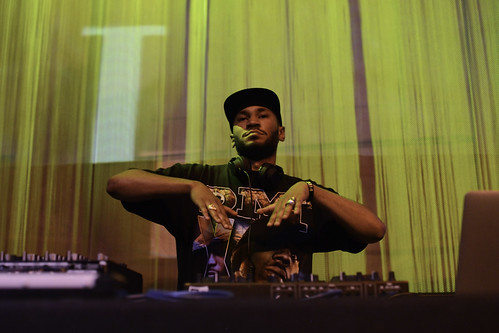 Seattle's rising R&B queen Jusmoni opened up tonight's Resident Advisor showcase in excellent fashion. As she broke into her first track, she had to coax the crowd out of the shadows just a bit, but once the throng gathered around the stage, it was all good vibes and smiles. You can't help but feel good watching Moni perform. There could be a crowd of 1,000 or 10 and she'd still have the same momentous self-driven energy and positive perception of the crowd. Three-quarters of the way through her set, Moni had a friend drop by to lend a hand: Seattle rapper and new Sub Pop signee Porter Ray. Not that she needed any help, but it was a blast to get to see Ray jump on stage at a Jusmoni show after she's been so integral in giving Ray's stage sets an extra boost of positive energy in the past. Moni opened the evening up with grace and warmth. 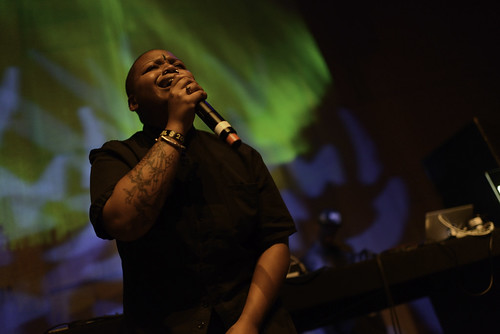 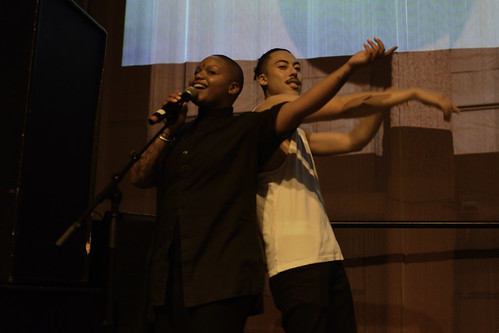 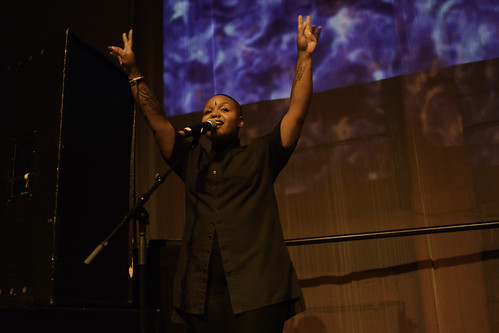 Seattle's Alex Osuch is kind of a lot to watch on stage. Sure, as DJAO, he's just one guy with a laptop and a set of samples, vocal transformers, and a trigger pad. But he's doing so much and making so much noise as just one dude that it makes you a bit dizzy to think about it. Backed by a tongue in cheek collection of videos centered around robotic emotion (one video was just a pop up box asking "Are you sure you want to delete all feelings?"), DJAO played a great set of moody and melancholy electronic goodness, all topped by his powerful albeit powerful distorted and transormed voice. Watching Osuch, you can see the pain and passion in each line he sings, but before his voice gets to the crowd, it's been through two galaxies worth of sine functions and it comes out of the speakers like a robotic opera. Mystery is the name of the game with DJAO, but the beauty and the draw are sitting out in plain sight. 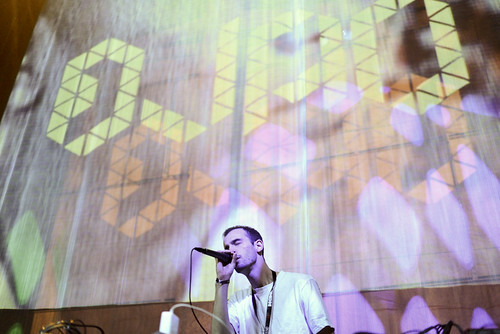 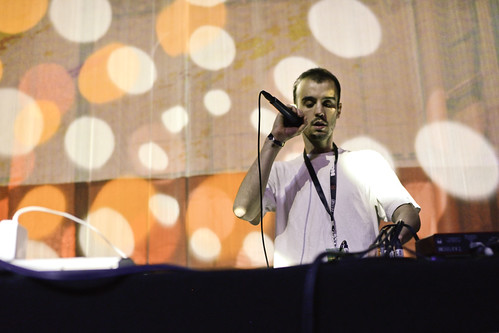 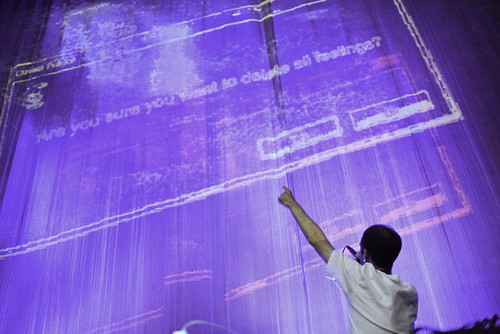 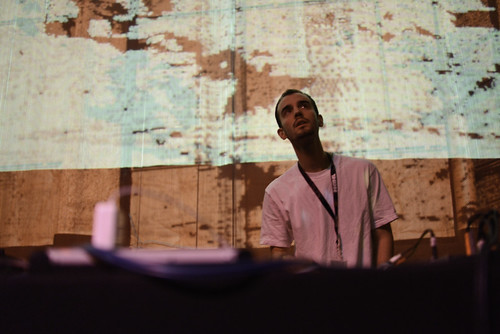 Lunice is way too nice for his own good. The Montreal producer is an expert beatsmith only in his mid-20s, he makes up 1/2 of the trap gamechanger act TNGHT, and he throws one of the best DJ sets there is known to man. If you don't believe me, just check out one of the maybe half dozen Boiler Room sets the guy has played over only the last 2 or 3 years. At every one, you see a guy with a ludicrous amount of energy, a huge smile, and a desire for that explosive passion to be reciprocated in his audience. Tonight at Decibel, Lunice had a bizarre set of odds stacked against him. First off, the house lights stayed on daylight levels of bright for the duration of his set in the front of the crowd, which seriously threw off the show's energy. This led to a bit of an odd crowd gap, which Lunice happily attempted to fix by jumping down into the crowd himself to get the dancing going to Future's party-ready "Shit". Jusmoni jumped in the pit shortly after and got the crowd going again through a great couple of custom edits from Rick Ross, Kanye, and others. But despite the factors against him, nothing stopped Lunice from dropping Drake's "We Made It" and lip syncing the whole thing word for word from the top of the speakers with a massive smile on his face. That did the trick for Level 3. The people in the bar piled down and joined the dance party as TNGHT cut "Goooo" pounded in over the speakers. After a short medley of TNGHT tracks, Lunice dropped a fresh original from his upcoming album before ending with a rousing edit of Kanye's "Blood on the Leaves", which Lunice and Hudson Mohawke did production for. Then as the lights went up for the changeover, Lunice gave out handshakes and hugs across the room. He's the kind of guy that shakes you to the floor with bloodthirsty bass and then gives you a fist pound and a hug afterwards - that's alright. 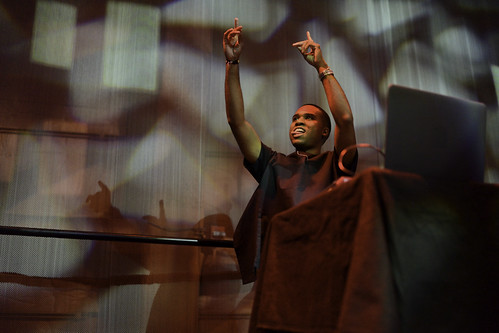 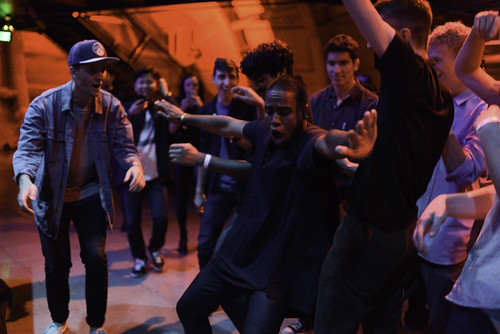 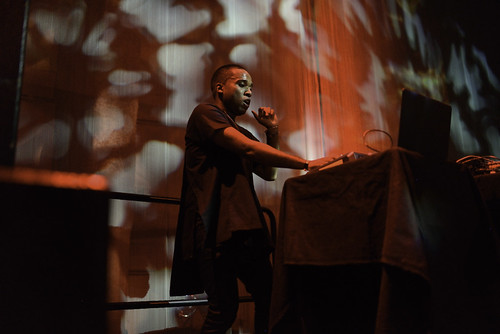 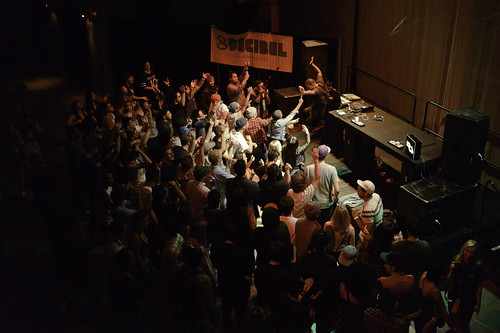 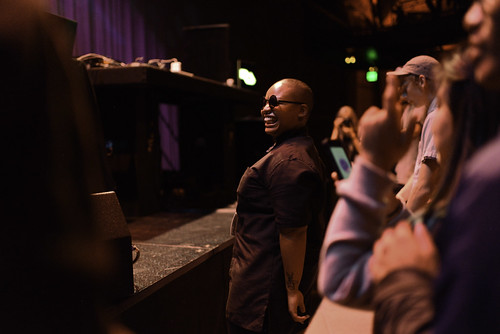 The Montreal love continued with a closing set from Kaytranada, the 22 year old genre-melding and the other guy holding a competitive edge for most floor-shaking Boiler Room sets present on Internet. Quiet and positively mellow as all get out before a baseball cap and a hoodie, Kaytrana played house tracks and disco tracks and R&B tracks and trap tracks and everything in between, all with a radical sense of continuity that defied all logic and reason. Seriously, at one point he transitioned from Michael Jackson's "Workin' Day n Night" into Young Dro's "Fuck That Bitch", and somehow, it was totally perfect. Baffling the audience one track after another and getting everyone off their feet throughout the performance, Kaytranada, closed the evening out with a dance party like none other. 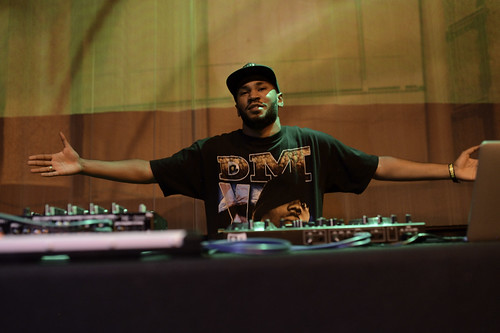 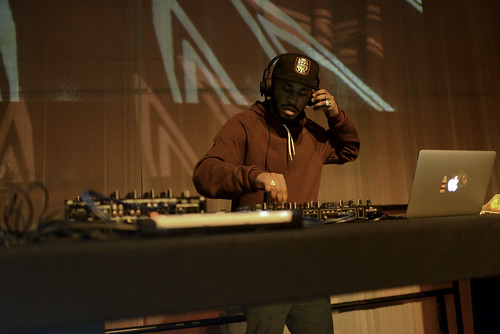 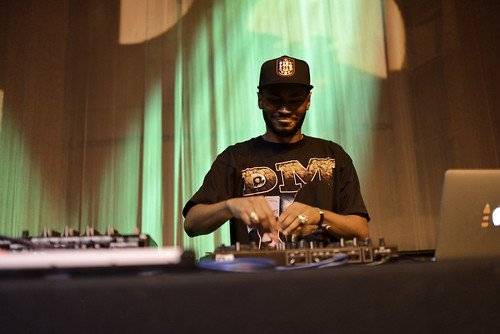 Decibel Festival continues tomorrow! Check back on the KEXP blog for more coverage throughout the weekend! 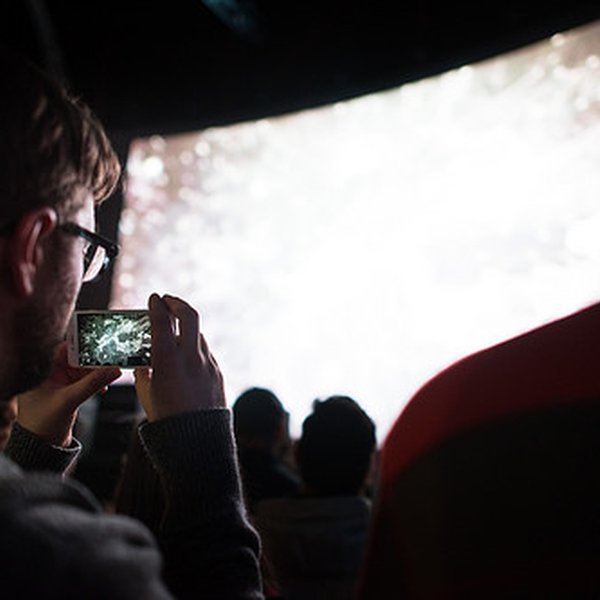 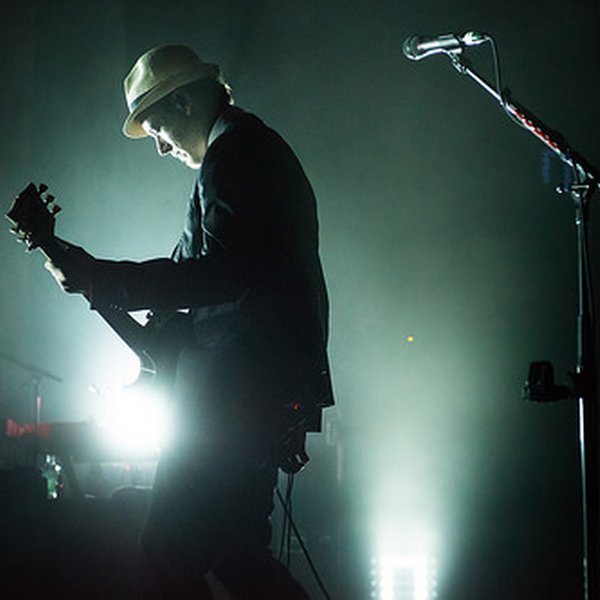 Indie rock stalwarts Interpol returned to the scene earlier this year with a fantastic new LP, El Pintor, ten tracks of ageless Interpol mastery, heavy on the guitar hooks and light on filler. After a brief foray on a major label with 2007's impossibly underrated Our Love To Admire, tumultuous ba... 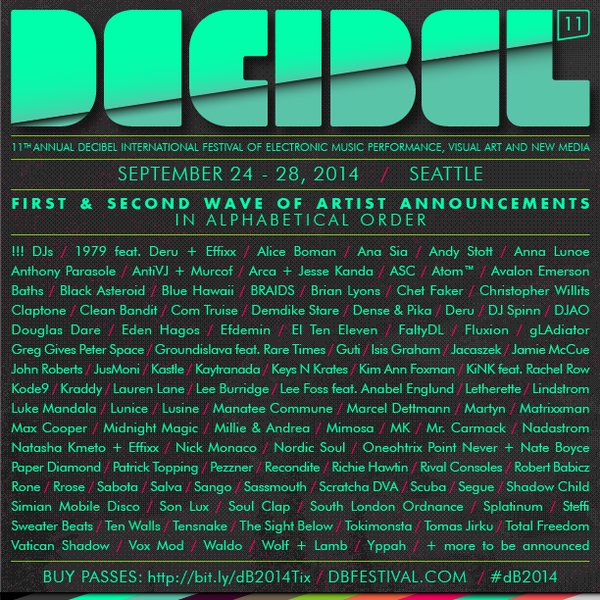