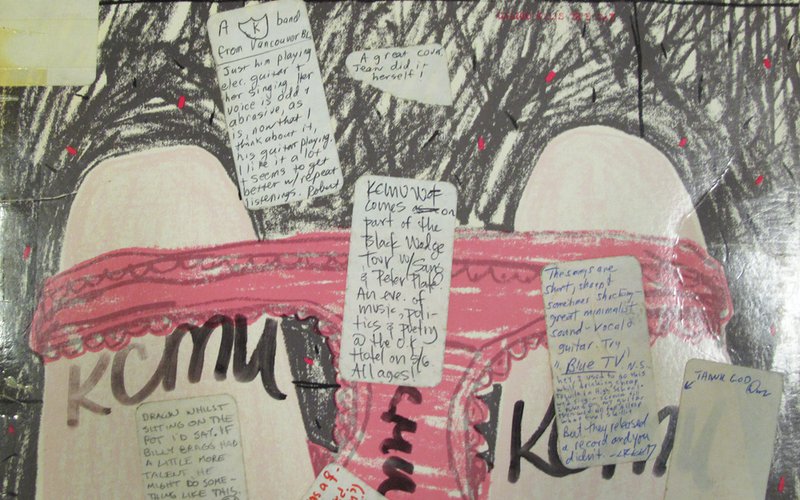 What a happy coincidence! When I began my usual internet research for this week's piece on Northwest heroes Mecca Normal, I fully expected to find the usual nostalgic laments for a great band that was no more. How wrong I was! Not only is the two-piece guitar/voice unit of Jean Smith and David Lester fully operational - with a Facebook page and everything - but they have a new album coming out this fall, produced by Kramer! (See my previous post on B.A.L.L.'s Bird for more on Kramer.) Exciting times. It appears most of the KCMU DJs circa 1989 would be thrilled with this news as well.

"A K band from Vancouver BC. Just him playing elec. guitar + her singing. Her voice is odd + abrasive, as is, now that I think about it, his guitar playing. I like it a lot + seems to get better w/repeat listenings."

"A great cover. Jean did it herself!"

"KCMU welcomes on part of the Black Wedge Tour w/Sang & Peter Plate. An eve. of music, politics & poetry @ the O.K. Hotel, on 5/6. All ages!" [This appears to have been the third Black Wedge Tour, according to this in-depth Mecca Normal history blog.]

"Drawn whilst sitting on the pot I'd say. If Billy Bragg had a little more talent, he might do something like this." [Look, I'm not sure why we have to go slagging the great Billy Bragg just in order to praise these guys. Can't we all be friends?]

"Sounds great - if Calvin was a [female symbol]. (Are they cotton?)"

"Reminds me of early Penetration."

"If Billy Bragg had more talent - are you serious Scotty? I guess we're lucky he doesn't. I like this - but I wouldn't want to have [illegible] w/ [illegible - hot sauce?]"

"Hey, I used to do this while drinking cheap tequila in high school. We'd sing-scream til I puked on my guitar then we'd all fall asleep. What fun!"

"But they released a record and you didn't." 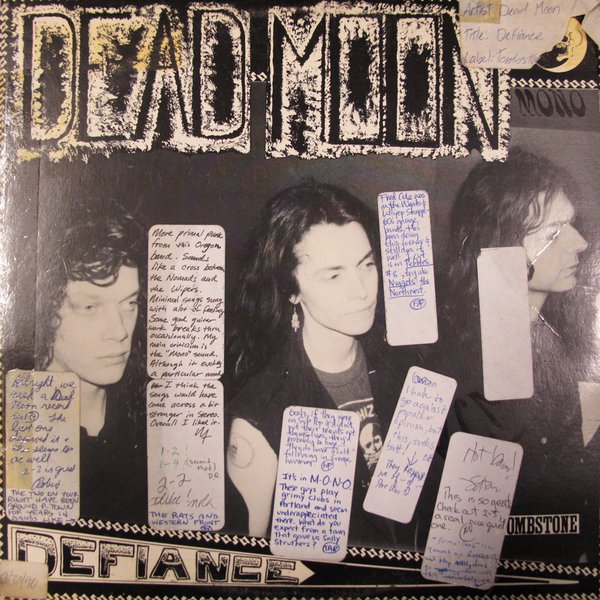 It turns out I have previously blogged in this space about a Dead Moon album, but I'm going to do it again, because 1) that was over four years ago, which on the Internet is like a whole nother geological age; 2) they have fourteen albums, I think I can write about two of 'em for crying out loud;... 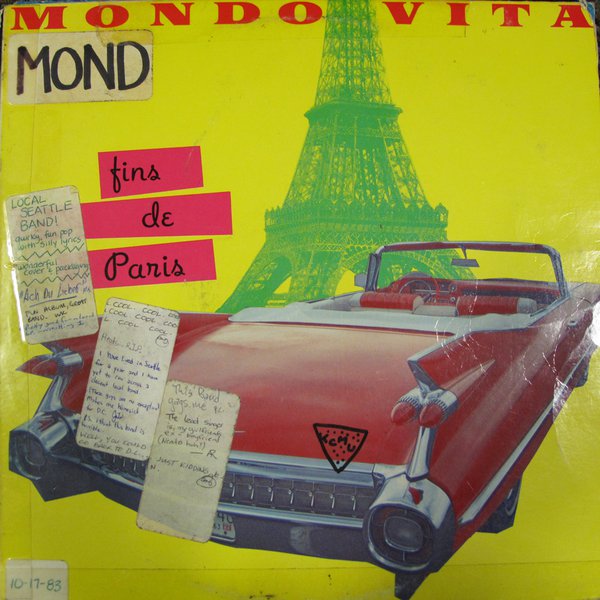 There's not much information out there about the '80s Seattle band Mondo Vita. Their leader Eric "Travis" Wilson (who has been working as a musician in Las Vegas for the past decade) claims on his own web site that the band "appeared on every TV station Seattle had to offer.  They also populated ...