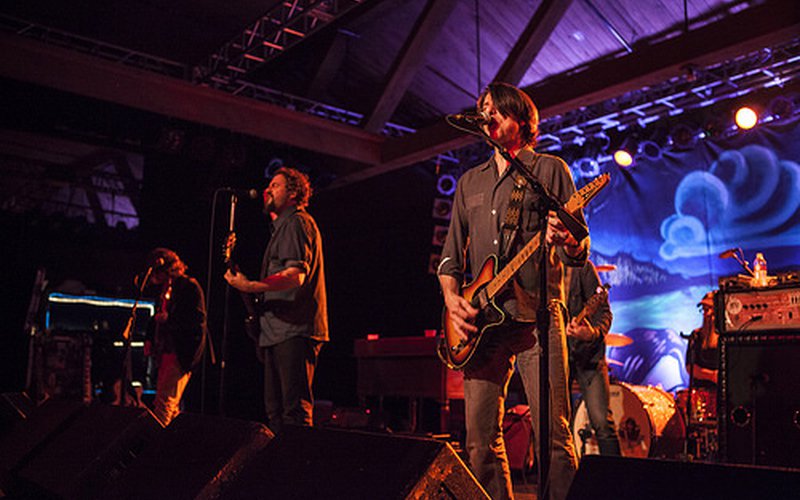 photos and text by Matthew B. Thompson

Southern charm and rock ‘n’ roll descended upon the Showbox SoDo on a rainy Wednesday night. Drive-By Truckers headlined a nearly sold out show supporting their latest album: English Oceans. Concert-goers filled the cavernous hall as the Charleston, SC, based Shovels and Rope took the stage roughly an hour after the doors opened, allowing just enough time get a drink in hand as the indelible pair, a married duo consisting of Michael Trent and Carry Ann Hearst, performed.

Tightly knit with a couple of guitars, some tambourines and a small drum set with a kick and a snare, the duo welcomed the crowd as they tore into their successful release of “O’ Be Joyful.” The two have the ability to create a sound larger than one would think, scattering that southern drawl as they solicit feedback from the crowd. “Are we loud enough for you?” Hearst yelled, as both of them broke into the fervently paced track “Gasoline.” With Michael on guitar and Carry Ann on drums, they almost as if just for one another, losing themselves at times in the music they passionately have created. The two shy away from defining their genre and let the audience characterize and identify with their own experiences. “We’d like to thank the Drive-By Truckers,” Hearst said. “We like to say long live country music and hail hail rock ‘n’ roll!” They then broke into their popular song “Hail Hail,” an ode to the life of rock music. One of the best parts about this group is the seamless switch they pull off without missing a beat. Hearst moved to guitar while Trent, switched to drums and a harmonica wrapped around his neck. “We visited KEXP today, and wanted to say they’ve been awful good to us,” Hearst said as they finished up with yet another favorite song, “Birmingham.” 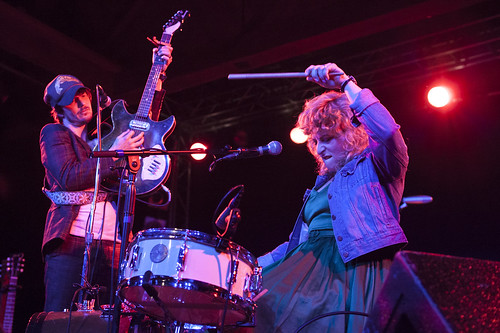 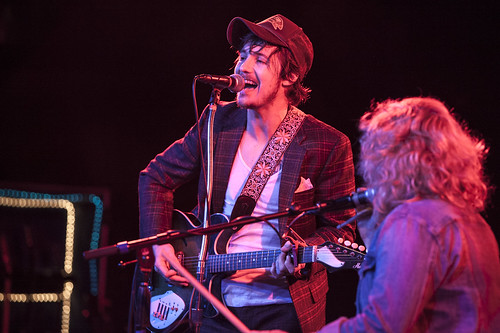 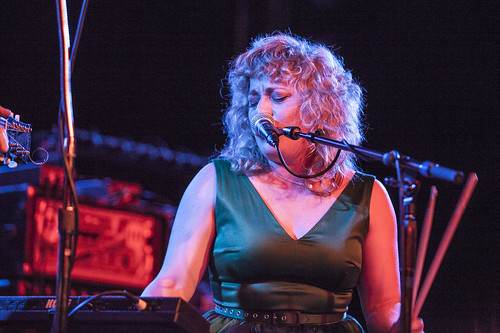 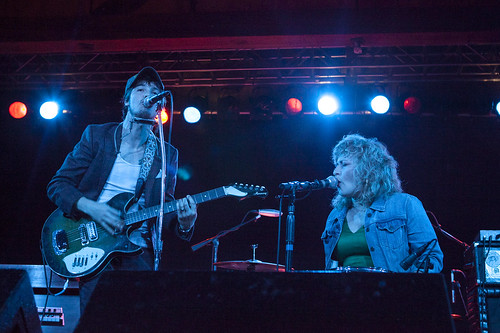 Drive-By Truckers, out of Athens, GA, set up next, leaving the crowd waiting in anticipation. After a slight delay in the arrival, frontmen Patterson Hood and Mike Cooley approached the microphones flanked by new bassist Matt Patton and guitarist/ instrumentalist Jay Gonzalez. Emphasizing the rhythm was longtime drummer Brad “The EZB” Morgan. The band broke into their record English Oceans immediately. The crowd was on and along for the ride. The new album is one of their best, a concerted effort between Hood and Cooley. Each shared the writing duties, as Cooley was the inspiration for six of the tracks off the new album.

The pace was unstoppable, with Cooley and Hood rarely taking breaks between each song. Trading off on vocals, each track could be almost classified as coming from two different groups until Gonzalez filled in with an accompanied guitar solo. With three guitars, the band produced a solid sound without drowning out one another that soars above any expectation one might have. Only when Hood introduced the 1999 track “Box of Spiders,” did he address the crowd with an a story of his grandfather. This brought the crowd closer in and continued well into the evening with the group playing for almost two solid hours. This was a triumphant return for the Truckers, and will continue as they move across the country spreading that southern rock ‘n’ roll. 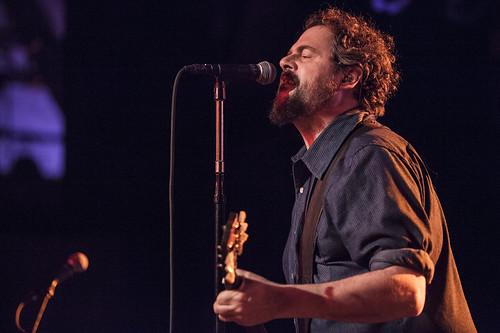 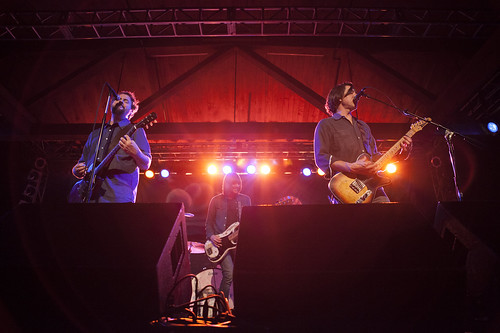 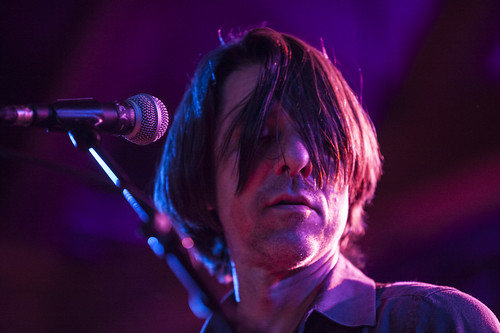 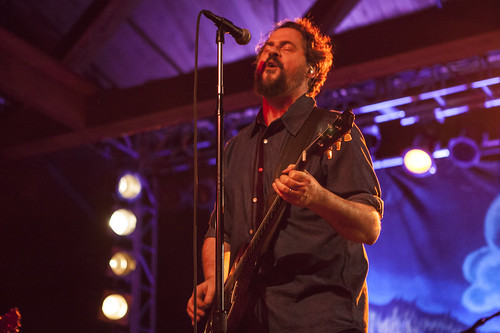 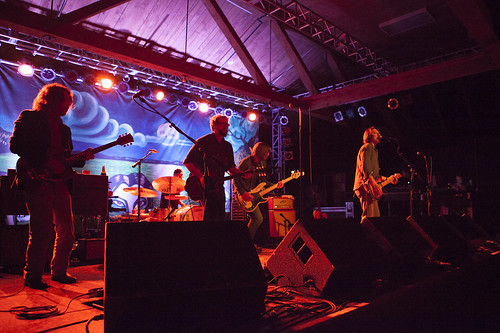 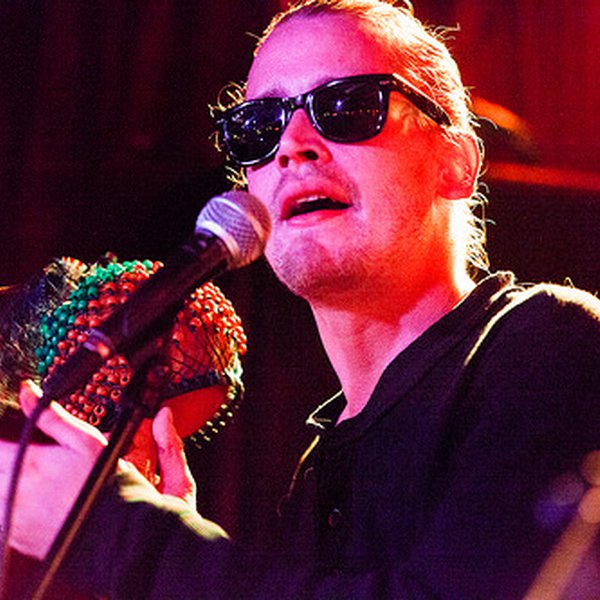 Warhol would've been proud. Although the wigged genius fostered relative grumps like the Velvet Underground as his house band, his own art was often considered just this side, if not over the line, of parody. Warhol was both revered and despised for presenting such common items as soup cans or doll…