After the band finished ripping through a particularly danceable rendition of "Spirit" off their new record Singles, Future Islands frontman Sam Herring looked down at his sweat soaked shirt and pants. After a failed attempt to wring a piece of it out, he just laughed along with the rest of the crowd. The guy could have walked in from a hurricane outside and you wouldn't have known any different. "I don't know, man", Herring laughed to the crowd, "I guess you just gotta stick with what you're good at". The joke was well received, but the truth of that statement was a far more resounding message than Herring may have intended. Future Islands are back on the road this year touring in support of a phenomenally well received new record, out through their new home at 4AD Records, complete with all the late night TV hype and SXSW acclaim a spring tour band could ask for. But in no way have Future Islands fallen into good fortune by chance - they earned it through blood, sweat, and tears... but mostly sweat.

Future Islands threw down at The Crocodile Thursday night after an excellent in studio session at KEXP. The show had sold out almost a month prior, and the crowd couldn't have been more stoked to see one of their favorites own such a marvelous performance. Together with a really great opening set from Baltimore garage rock act Ed Schrader's Music Beat, Future Islands set the bar pretty damn high for all tours coming through town any time soon. 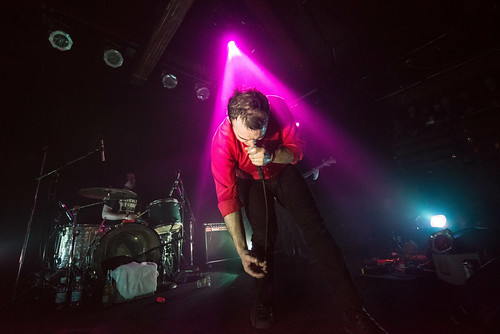 Ed Schrader is one crazy dude. Ed Schrader's Music Beat dropped a new single about two months ago called "Pantomime Jack". It's the first studio recording we've heard from the new record Party Jail, out this spring on Infinity Cat (home to other crazy dudes like Diarrhea Planet and Pujol). Armed with a number of click on construction lights and only a bass guitar and a standing tom between them, Ed Schrader and his bassist Devlin Rice, tore the head off off anyone in the crowd that wasn't ready for the rock and roll explosion to come. The stage was lit like a seance. Schrader's face was only illuminated from below, as his murderous eyes and primal scream were about all the crowd got to relate with. Alongside him, Devline Rice alternated between thrash metal bassist and Baltimore stand up comic. The combination of all these unseemly and otherwise unrelated pieces made for an endearing and 100% kickass opening set. Schrader had some classic one-liners, including (but not limited to) "This is is for my son - it's about the Cold War" and "This one is about not moving to New York and making your home town the cool place to live so put your ones in the air and say 'Nuh uh, New York! Nuh uh!'". The fast and furious "Pantomime Jack" made it into the set alongside plenty of other winners from the new record and from Schrader's 2012 Jazz Mind. Altogether, an overwhelmingly fun opening set, entirely deserving of its own headliner spot. 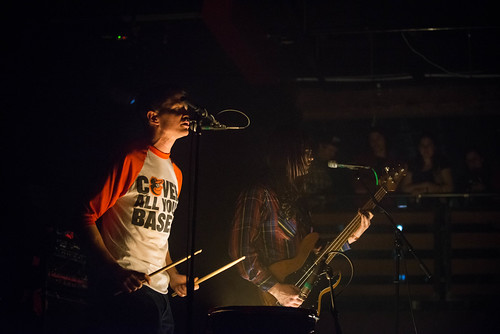 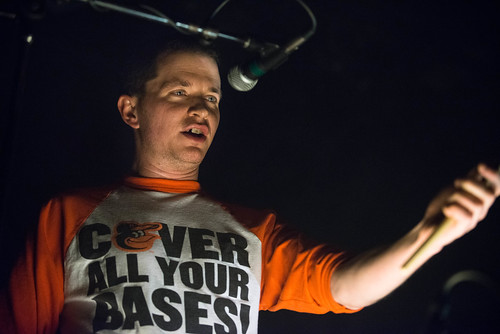 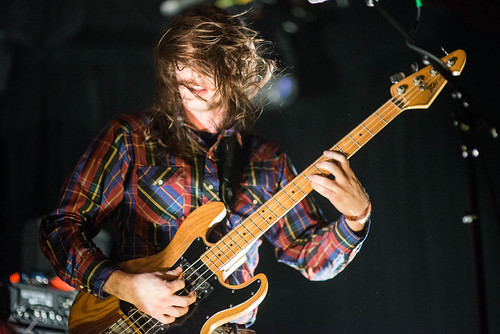 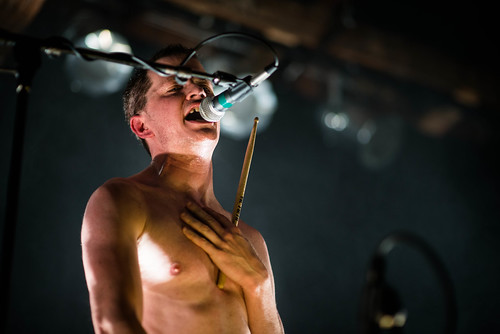 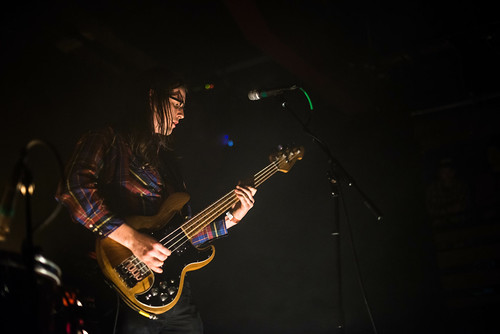 Future Islands entered the building as casually as possible. Everyone walked on and took a sip of water - no dark lighting or dramatic smoke machine haze or cheap tricks. Herring introduced the band and talked for a bit, then concluded that he talked too much and that they should start the set. William Cashion started in on that infectious opening bass line for "Back In The Tall Grass", soon joined by Gerrit Welmers on the keys and touring drummer Michael Lowry. The cool disco pop track couldn't have made for a better opener. Herring starts the song grounded and ends it among the angels, screaming out "You look like a rose, especially a long way from home." The dramatic buildup was a perfect setting for introducing newcomers in the crowd to Herring's phenomenal stage antics. As Welmers and Cashion both keep the focus in the background, Herring moves back and forth across the stage like a blur. He's impossible to pin down, providing mime or caricature for every lyric. If a certain line didn't mean anything to you before, it sure as hell does after Herring sings it to you in person. If you were in the front row, Herring was at some point, in your face, singing only to you, even just for a moment. Didn't matter if you knew a single song or not - seeing Future Islands live, you are a superfan.

Being that Herring possesses all the makings of a god amongst frontmen, it wouldn't be a bit surprising if it ever got to his head. But the reality of the situation couldn't be further from that possibility. Herring makes the Future Islands live experience a heart to heart for fans and friends of fans alike, and even amongst all of the fantastic semantics, Herring is never above the crowd - he always chooses to operate on the same emotional wavelength. In that, the Future Islands show is that much better. Welmers, Cashion, and Lowry keep the tracks coming one after the next in perfect presentation, while Herring mediates and transliterates his way into every heart in the room. That's what makes Future Islands such a phenomenal live band. The synergy between the center stage and the circumference is always pristine.

The track list was a dream. Nine Singles tracks found their way into the 100 minute set, along with a good chunk of On The Water and some classics from In Evening Air like "Tin Man" and, making for a rapturous encore, "Inch of Dust". "Doves" and "Seasons" from the new record definitely won the award for crowd participation, as every voice in the Crocodile sung along in perfect unison. On the other hand, the crowd was furthest off their feet for the On The Water dance numbers "Balance" and "Before the Bridge". Future Islands nailed the encore with the new record's emotional climax "Fall From Grace", into "Inch of Dust", then "Vireo's Eye". Finally, the band closed with the universally loved golden oldie "Little Dreamer", where the crowd quieted to nearly a standstill to hear Herring belt out every word. Every single moment was incredible. If Future Islands are bringing this kind of energy to every city on this tour, I doubt we'll ever see them at a venue as small as the Crocodile again. But like seeing good friends capture their dreams, it's wonderful to see Future Islands enjoying artistic and commercial success they've fought hard to earn. They are only getting better with time. 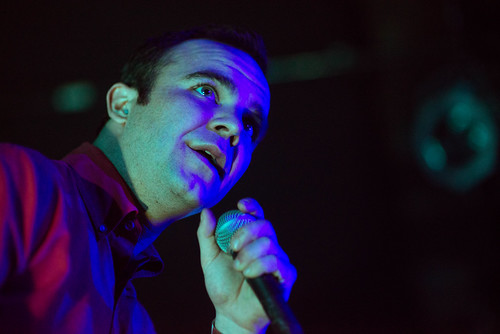 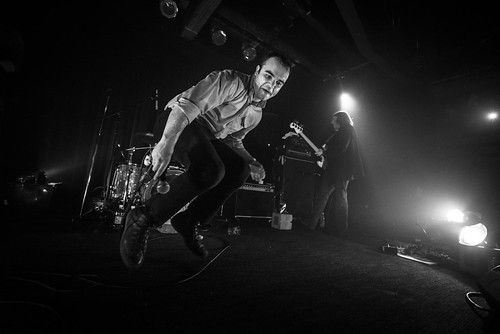 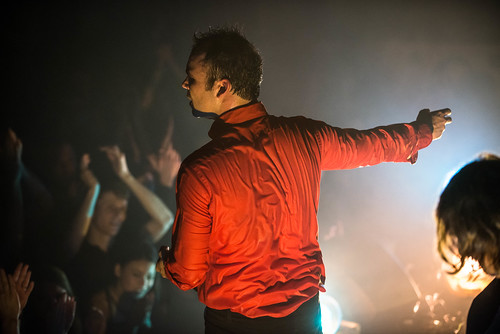 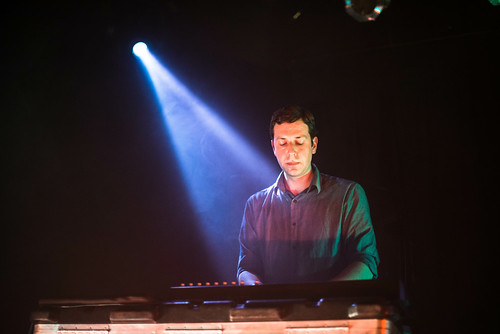 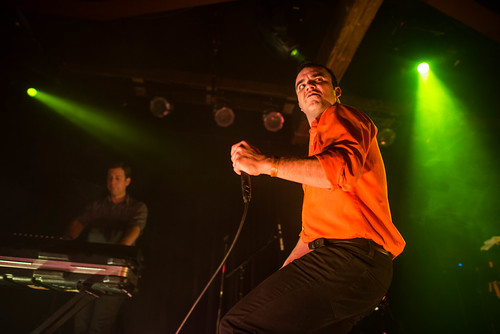 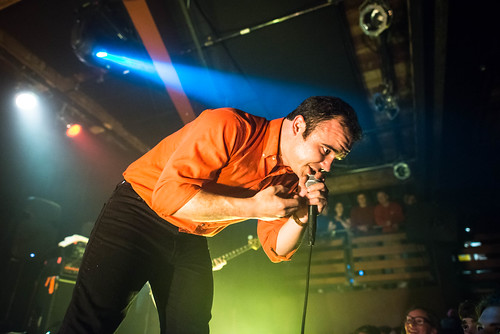 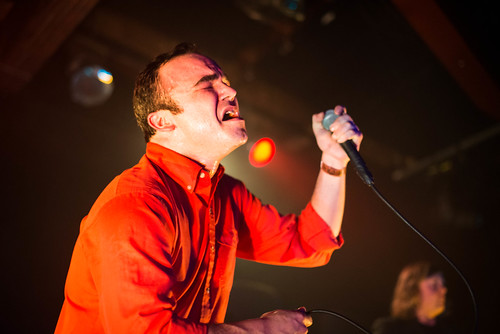 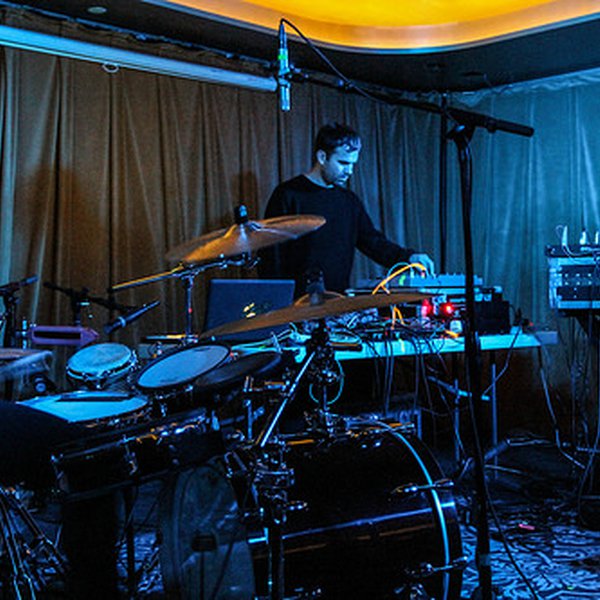 It's been a long time coming, but British post-industrial trio Factory Floor have finally made it out to the US west coast. The band dropped their self-titled debut LP last year on DFA after releasing one-off singles and remixes in the current lineup for the better part of four years. Over the year… 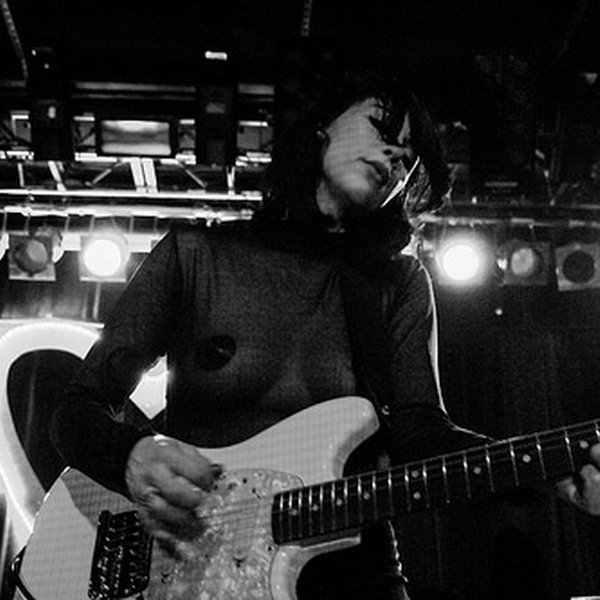 "Trouble is my name" is how Dee Dee Penny chooses to end the new Dum Dum Girls record Too True. There's a great reason - the girls are a quietly devastating storm. Their refusal to give way to the all too familiar tropes of the business means that Penny and her band members will never become click-…