Howe Gelb is a goddamn institution. Over the past three decades he has released 25 albums with the mercurial outfit Giant Sand (originally known as Giant Sandworm, most lately known as Giant Giant Sand), and almost as many albums under his own name (#20, Dust Bowl, is available right now). His career is an example of consistency, experimentation, and collaboration, and whether you've heard a note of the music he's made over the years, you just have to look at his discography to know he's worthy of respect. The Giant Sand Wikipedia page also contains one of the best sentences on the Internet: "Guest artists over the last 3 decades have included Victoria Williams, Neko Case, Juliana Hatfield, PJ Harvey, Vic Chesnutt, Steve Wynn, Vicki Peterson, Rainer Ptacek, M. Ward, Isobel Campbell, nearly all members of the band Poi Dog Pondering, and Indiosa Patsy Jean (Gelb and [ex-wife, ex-bass player, and ex-Go-Go Paula Jean] Brown's daughter)." Obviously Gelb is one of the coolest people in the world.

It should surprise nobody at this point that the DJs at KCMU were on the Giant Sand bandwagon early and often. It seems Gelb and Co. had a number of admirers in Seattle as early as their fourth album, 1988's The Love Songs. Whether it's with this record or last year's Tucson, you should probably be on that bandwagon yourself if you're not already. 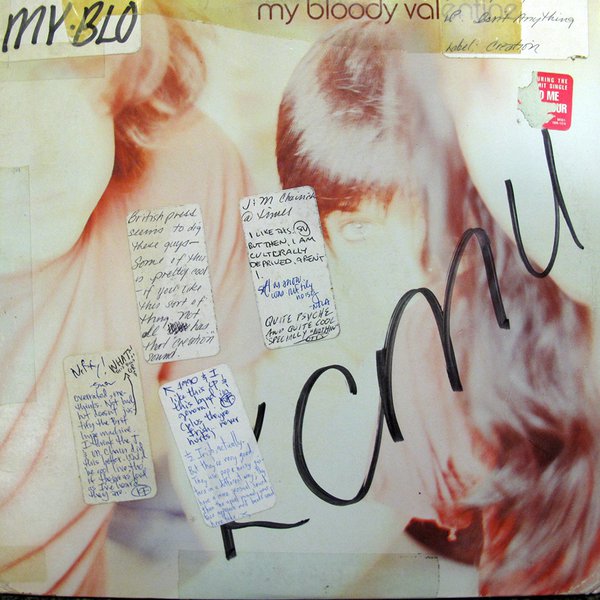 Hey, guess who I'm going to see next week in Seattle? Just guess! You'll never - oh, wait, you totally guessed My Bloody Valentine, didn't you? Dang it. Well, it's true. Some might say I'm at least 20 years too late to be seeing this influential, semi-reclusive band for the very first time, but rep…