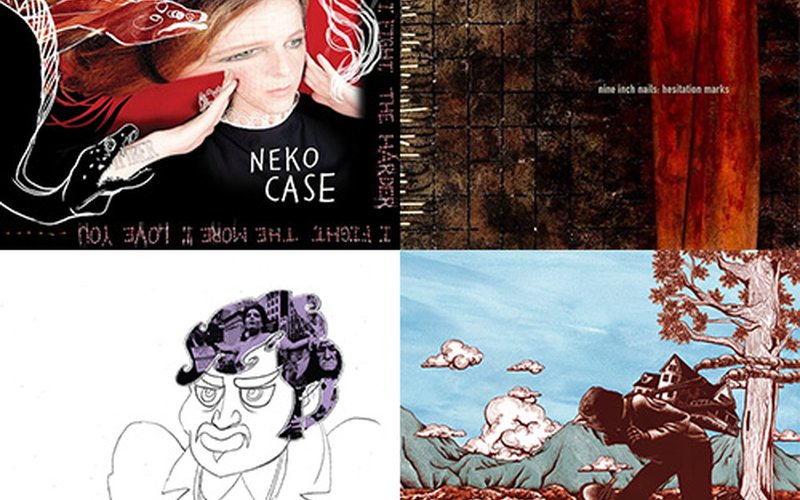 Back to school, back to work, back to record shopping. This post-Labor Day week, it's time to get off your duffs and get back out into the world. To get you motivated is a handful of fantastic new releases, many of which you'll find getting major spins on the KEXP airwaves. Among them, is the latest album from Nine Inch Nails. Though Trent Reznor has been busy touring, composing soundtrack and video game material, and releasing an album with his side project, How to Destroy Angels, he's managed to release a terrific new LP. You can read a very thorough review of Hesitation Marks here, but our Music Director, Don Yates praises the consistently strong album as "a sleeker, somewhat more minimalist take on their aggressive industrial-pop, toning down the abrasive guitars and frenetic attack in favor of a more moody, synth-oriented sound with intricate rhythms, confessional lyrics and lots of potent song hooks." Clearly, Reznor has taken the success of his recent award winning compositions to heart and has released not only one of the best albums of the year but also one of the best albums of his two-decade career!

Other new albums already making KEXP's heavy rotation include the sixth studio album from former Seattleite Neko Case, who is releasing "one of her most personal records to date", shaped by the recent deaths of family and friends and "beautifully arranged and subtly fleshed out with acoustic and electric guitars, piano, organ, horns, strings and more accompanying her crystal-clear vocals and deeply personal lyrics of love and loss." Austin's Okkervil River, long-time favorites of KEXP listeners, are releasing their seventh studio album, a sort of Winesburg, Ohio-esque concept album centering on the town of Meriden, NH, where Okkervil bandleader Will Sheff grew up and consisting of "a sweet, nostalgic, hook-filled set reflecting on childhood friendships and the wonders of ‘80s pop culture, while also bringing a heavier emphasis on synths to the band’s epic orchestral folk-pop sound". A bit on the other end of the spectrum is King Khan & The Shrines, whose eighth LP, Idle No More, "was named in honor of a Canadian indigenous rights movement, and not only is it the band’s most politically charged album, it’s also their most focused, polished and consistently strong, with one sparkling, soul-steeped garage-rock gem after another, ranging from fiery political critiques to more personal material of love and loss." And the Justin Vernon (of Bon Iver) project Volcano Choir have made of their second album "a less abstract and more focused set that seamlessly blends atmospheric folk-pop and experimental post-rock, with a dynamic, richly textured sound and some gorgeous melodies." More excellent new releases come from Chicago's Califone, whose latest is "another impressive set of experimental folk-pop with an eerie, hypnotic sound combining a variety of traditional and electronic instrumentation including acoustic and electric guitars, horns, strings, piano, pedal steel, tablas, harmonica, atmospheric keyboards, drum machines and electronic effects with frontman Tim Rutili’s dusty vocals and finely chiseled lyrics"; New Zealand trio Surf City, whose second album "is another impressive set of hooky, psych-tinged garage-pop reminiscent of ‘80s-era New Zealand bands like The Clean and The Chills, though with a bit heavier emphasis on fuzzy, reverb-drenched guitars"; Swedish group Holograms, whose second album, also, "is a more muscular and hard-edged take on their bleak post-punk sound, combining loud, ringing guitars, atmospheric synths, propulsive rhythms and anthemic choruses"; Brooklyn's Grooms, whose third is "a solid set of '90s-influenced indie-rock with fuzzy guitars, propulsive rhythms and catchy melodies"; Scottish band Glasvegas, whose third, if a bit bombastic, LP is full of "slow-burning rock anthems with layers of shoegazerish guitar noise, plodding tempos and anguished vocals"; and veteran songwriter Richard Buckner, whose latest on Bloodshot is "an often-gorgeous set of experimental folk-pop" combining "guitars and keyboards with an electronic auto-harp and effects pedals for a dark, haunting sound that meshes beautifully with Buckner’s husky vocals and poetic lyrics".

There's a lot more in store (and in stores!) including the domestic release of the fantastic psychedelic LP by UK band Hookworms, the debut of Riot Grrrl pioneer Kathleen Hanna's new band, The Julie Ruin, and a new dark offering from the iconoclastic Chelsea Wolfe. Look for all of these and more on shelves today. But don't go looking until you've done a bit of listening... with the tracks gathered here from the long list of this week's new releases. 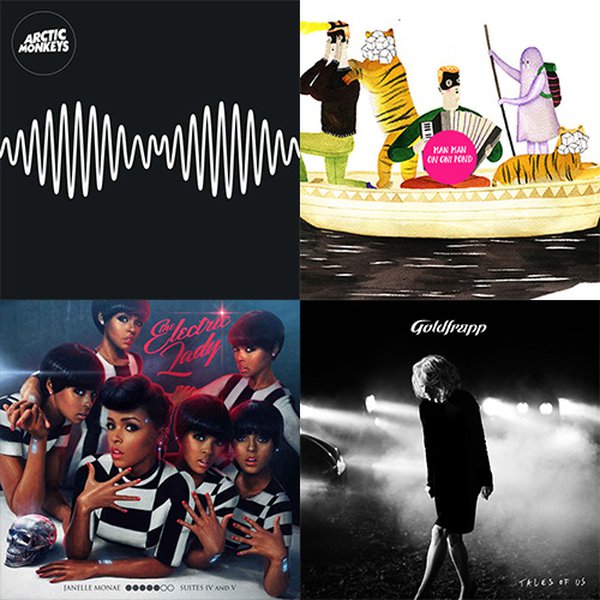 The kids may be off to school but former teen group Arctic Monkeys is all grown up. Now on their fifth full-length, out this week, the British-born, LA-based band have left behind any brattiness for what our Music Director, Don Yates, calls "a slower, thicker and more atmospheric rock sound, whil... 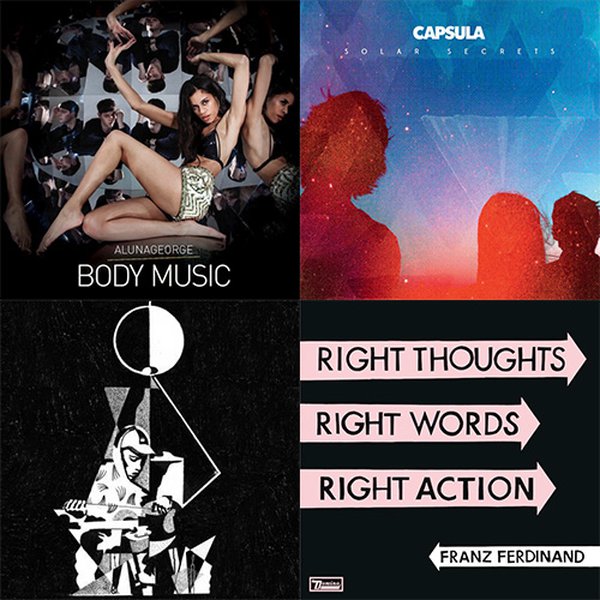 We know you're probably hoping to catch your breath, and rest your wallet, after last week's budget-busting list of new releases, but we can't wait for you to hear the killer albums out this week. Topping the list are four albums already in KEXP's heavy rotation, including the anticipated debut L...