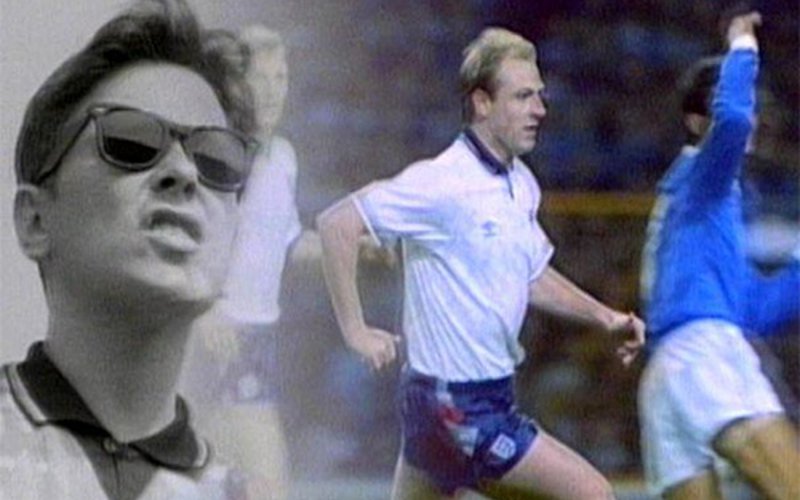 It’s time again for Friday on My Mind. Our weekly blog post where we look at videos centered around one common theme. This is a collaborative effort between KEXP and King 5 News. Using inspirational songs during sports competitions helps pump up and motivate both athletes and fans. Music plays a particularly integral role in soccer matches as far as motivating fans and connecting with the emotional attachment they feel for their teams. This goes for the use of songs to introduce teams, to the songs used to celebrate goals. Music is soccer. And now here are soccer related songs... Clint Dempsey - Don’t Tread Clint Dempsey is the top American soccer player who recently signed with our beloved Sounders, has also had a short hip hop career. Also known as Deuce, here he is rapping. It’s the greatest thing ever. http://www.youtube.com/watch?v=K6Di8QT98Zk Even better than this tattoo. The White Stripes - Seven Nation Army Jack White told an interviewer, "I love that most people who are chanting it have no idea where it came from... That's folk music." Some say use of the song was first claimed by fans of Club Brugge KV after they heard it played in a bar before a game. Fans of AS Roma claim to have taken on the chant themselves during a subsequent European clash against the Belgian side. For the 2006 World Cup, fans of of Italy's national team, Azzurri, adopted the song, but they call it the "po po pop po song”. Azzurri eventually won the cup and “Seven Nation Army” was established as an alternative Italian anthem.

New Order - World in Motion "World in Motion" is the 1990 single from New Order, which was produced for the England football team's 1990 FIFA World Cup campaign, and features several members of the 1990 English team. It is New Order's only UK number one single. "E for England" was going originally slated to be the title for this song, but the Football Association did not want the song to be associated with any drug connotations since E is also used as a reference to the drug ecstasy. http://www.youtube.com/watch?v=nsh2bK09t34 The Fratellis - Chelsea Dagger From 2006 by the now defunct Scottish band The Fratellis. This was the first hit for the band, and has become a popular song among soccer fans, where it is often played at games. The Celtic team of the Scottish Premier League often uses the song. Also used by fans of the NHL's Chicago Blackhawks. http://www.youtube.com/watch?v=sEXHeTcxQy4

Friday on My Mind: Bumbershoot 2013