It’s time again for Friday on My Mind, our weekly blog post centered around one common theme. This is a collaborative effort between KEXP and King 5 News. Today we’re looking at some of our favorite videos by the one and only Beck.

Beck will be celebrating his 43rd birthday this upcoming Monday. Born in Los Angeles in 1970 to David Campbell and Bibbe Hansen -- he a Canadian song arranger and conductor, and she a former dancer for The Velvet Underground, a visual artist, and a daughter of Al Hansen, a fluxus artist -- Beck never graduated high school, having left after the ninth grade. From that point, he traveled and spent time in Germany with his artist grandfather. His artistic relationship with his grandfather may have influenced both his album art and sense of musical collage. He began the musical activity in 1988. The late-80’s found him in New York City as part of the punk-influenced anti-folk music movement. At the beginning of the 90's, Beck moved back home to Los Angeles, where played wherever he could. The musical influences that can be heard in his body of work span from pop, folk, psychedelia, hip-hop, country, blues, R&B, funk, indie rock, noise rock, experimental rock, jazz, lounge, Brazilian music, and then some. It’s been five years since 2008’s Modern Guilt and rumor has it that he is working on not just one, but two new albums. He’ll also be playing some acoustic dates with Bob Dylan and Wilco. And now here are few video highlights from Beck’s career:

It’s been 20 years since “Loser” was released. Let that sink in for a second... 20 years. Recorded in 1991 and released in 1993, this song went on to become the official first single off of his album Mellow Gold which was released the following year in 1994. At that time “Loser” sounded like nothing else on the radio or MTV. While most of the world had yet to become familiar with who Beck was, Mellow Gold was actually his third studio album. Released on the DGC label, Mellow Gold was his major label debut. DGC signed Beck to an unusual deal where he was able to continue recording for tiny indie labels. "Loser" reached Number Ten and its album, the critically acclaimed Mellow Gold, hitting #14 on the Billboard charts and selling 500,000 copies.

Beck - Where It’s At

From his 1996 album, Odelay, produced by The Dust Brothers. This song became his breakthrough and displayed departure and growth from his indie/folk/ blues tendencies. Considered a landmark album of the 90’s, Beck won two Grammys for Odelay including Best Alternative Music Performance specifically for “Where It’s At”, and Best Rock Male Vocal Performance for "Where It's At." The video shows Beck dressed as Captain Beefheart circa Trout Mask Replica and shows him mimicking William Shatner’s infamous performance of Elton John’s “Rocket Man” from

Yet another one off of Odelay. In an interview he gave in a 2008 article with Rolling Stone, Beck explained that, "Most of the vocals on the record were scratch vocals. We just grew attached to them” The video for “New Pollution” pays tribute to music variety shows of the past such as Laurence Welk, Shindig, and also shows Beck and his band as incarnations of a hair metal band and Kraftwerk. And as with his previous videos, we get to see Beck’s sweet dance moves. http://www.youtube.com/watch?v=uxugaMpt1vU 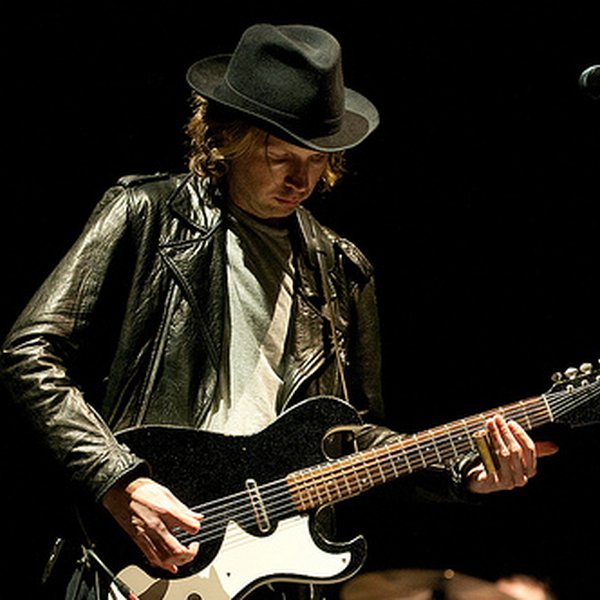 It’s time again for Friday on My Mind, our weekly blog post centered around one common theme. This is a collaborative effort between KEXP and King 5 News. Today we’re looking at some of our favorite videos by the one and only Beck. 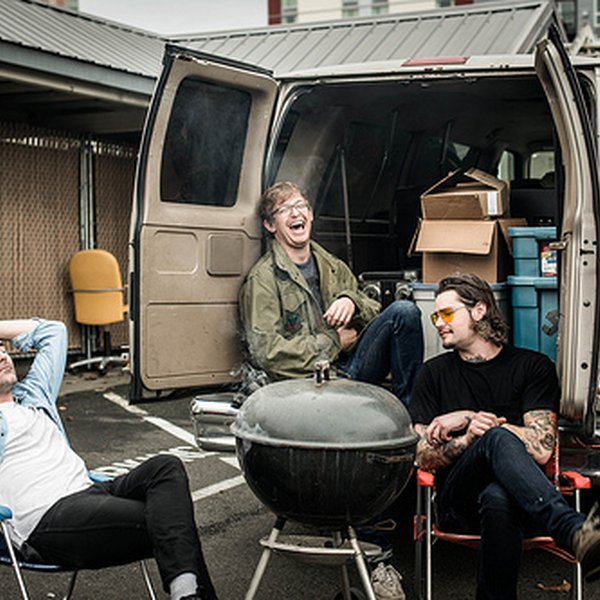 Friday on My Mind: Happy Fourth of July!