SIFF 2013 Face The Music Preview: Mistaken For Strangers, a documentary (sort of) about The National (somewhat) 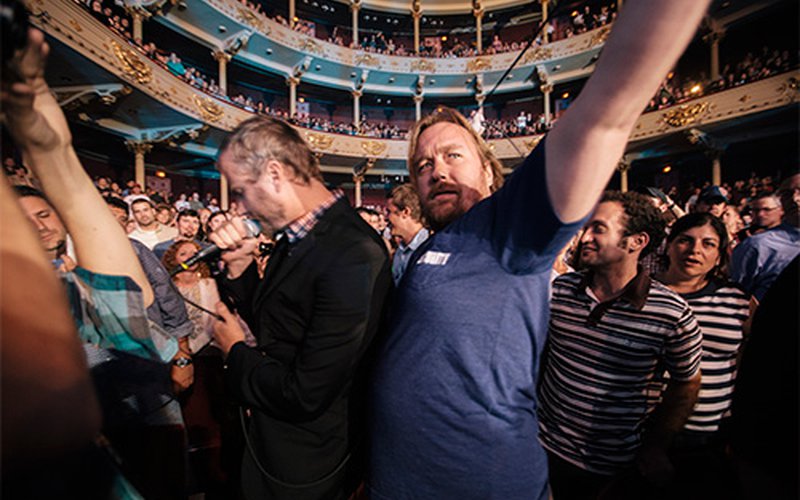 “You get mistaken for strangers by your own friends,” goes the lyric in The Nationals’ song “Mistaken For Strangers.” The first verse of the track from their sublime 2008 album, Boxer, also contains these lines: “you don't mind seeing yourself in a picture / as long as you look faraway, as long as you look removed.”

The new movie based on The National playing at the 39th Seattle International Film Festival, Mistaken For Strangers, is probably going to be pretty controversial. Most people are probably going to want more of The National. For those unfamiliar with the band, an item of interest is how it is made up of two sets of brothers, Bryce and Aaron Dessner, and Bryan and Scott Devendorf, and fronted by Matt Berninger. So where is Matt’s sibling, Tom? He is the director of this movie. It is made by Tom, co-produced by Matt, and features Matt as if the band do mind seeing themselves “in a picture” (as movies often were once called “pictures”). This struggle to capture what The National is about is completely obfuscated by the seemingly endless screwing up of Tom to keep himself out of the portrait of the mysterious, melancholy 4AD rock band. His character -- that of a tipple-inclined talented illustrator, but a hack movie maker, and a general slacker to the bemusement but often barbed judgment of the rest of his family, including older brother Matt -- takes over the narrative completely.

For the first half hour or so, it’s funny stuff. Though technically talented enough to film (very short) scenes of the band playing and toiling about on tour, Tom keeps getting in the way of things, and it’s often good slapstick. And some of his Q&A style is actually a blessed relief from the usual “heart-touching” rock documentary -- honestly, the query to the bass player what he does with his wallet when he’s not on-stage is a little more profound than an indie rock band may want to admit. A few more questions like these, based on the kind of nitty gritty silly details a regular yob wonders about when it comes to performers’ actual existences, would have been more welcome than the dozens of scenes of Matt tolerating, castigating, or ignoring his brother. (It's just a feeling on my part, but Tom could be playing the role of "anyone not in a band who wants to participate in the music scene but don't know how, such as some members of the press.")

Mistaken For Strangers is no bitter, driven, rock-flick classic like the Bob Dylan doc Don’t Look Back; it is not the contention of the artist with his own swelling fate (or is it? Is this a passive-aggressive response to the need for “rock documentaries” in the first place?) and his prickly attention in the media and marketplace. There are few interviews with anyone but band and family, and all the conversational “revelations” could be statements about interview banalities or outright fictions. It is wound up into itself like a dying garden slug, glittering in the sunshine (added National performances would have made it a bonfire instead); yet this seems entirely consistent with the existentially disassociated and confused narrators in Matt’s songs. It does remind me of another Dylan work, Self-Portrait, a love-hate double-LP the singer-songwriter released after a string of masterpieces which was mostly about how other people (mis)perceived him. In fact, at the heart of this "Don’t Look At Me” relational-filial mess is a scene where Matt recalls how humiliating it was for the band to play to empty venues in the early years of The National. Fear of rejection and alienation seems to drive the band as much as it disturbs the hazy, uncontrolled talents of Tom.

So it’s a movie about brothers more than The National, even though The National already had two sets of brothers in the movie (and yes I could have used more scenes about how that happened and how they get along with each other away from Matt and Tom, but something tells me that is part of what this is about, confounding my expectations for things like that). I will totally admit I wanted something else from this “documentary” -- and see, I’m not even sure if it really is one, due to a scene of Tom doing good work as a security guard for the band playing live near the end of it -- for it to be a little more traditional, a lot more generous with the actual talents of The National. On the other hand, I am weary of the traditional tropes of the popular musical hero fable, where continued commercial success is the lynchpin for personal happiness and verification, and the ones who “win” are cherished while the ones who lose are pitied and often made examples of not bucking “the system” (music business). So this in itself makes Mistaken For Strangers an uncomfortably awkward but rather admirable artwork, not unlike the mystery-prank at the core of Banksy’s similarly funny-untrustable Exit Through The Gift Shop, wherein you’re not quite sure who is shooting who for what. 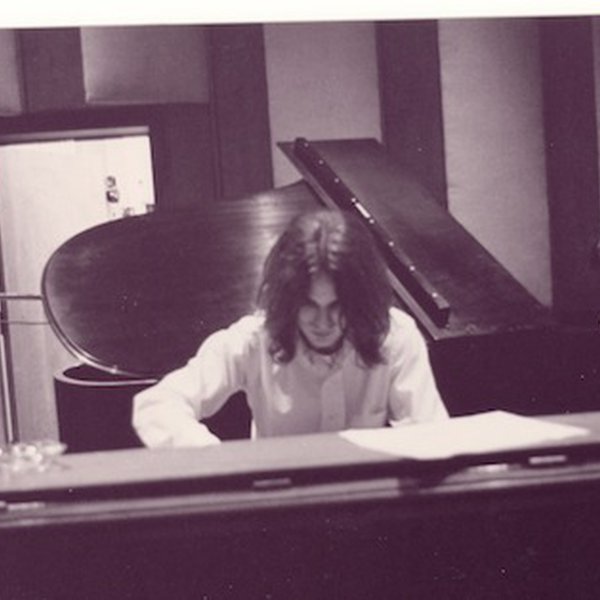 SIFF 2013 Face the Music Preview: Big Star: Nothing Can Hurt Me

Big Star: Nothing Can Hurt MeDirected by Drew DeNicola(USA, 2012, 100 minutes) 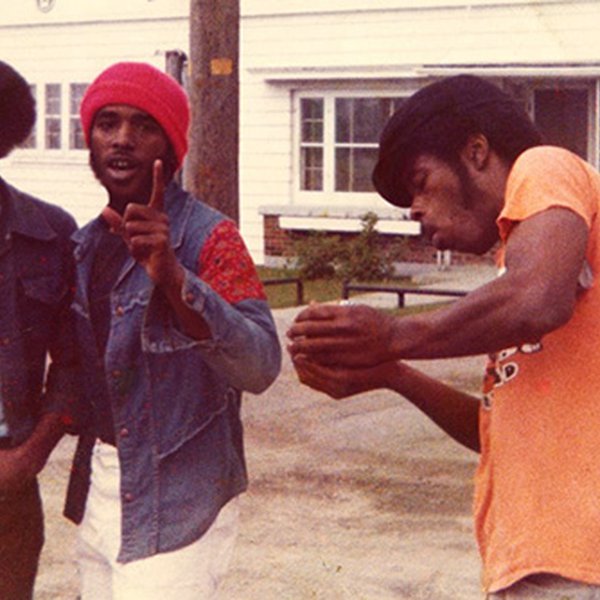