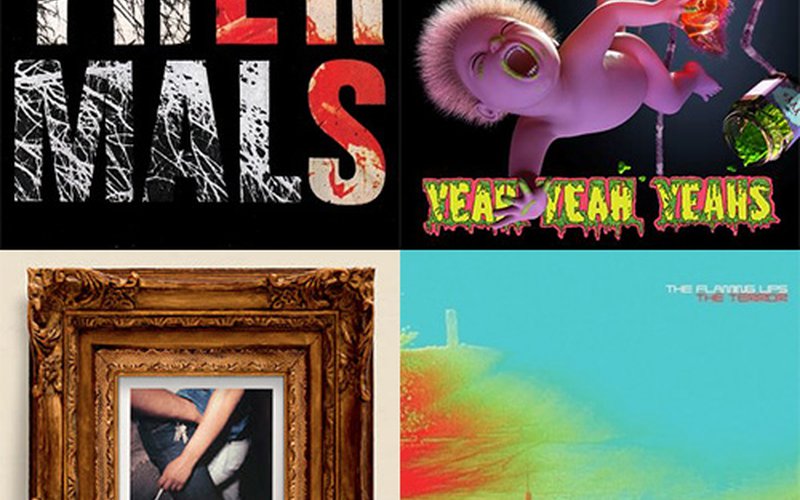 I hate to break it to you, but you're gonna be heading toward Record Store Day this Saturday at a deficit. Why? Because there are too many excellent new releases coming out today that you'll want to pick up right now. First and foremost: the latest from Yeah Yeah Yeahs, whose fourth album our Music Director, Don Yates, hails as "their most musically adventurous and stylistically diverse, ranging from playful, unhinged rockers to buzzing, rhythm-driven electro-pop and moody, atmospheric ballads while also incorporating elements from a variety of other styles including hip hop, gospel and roots reggae." Another must-buy: Portland trio The Thermals sixth album, featuring a "stirring blend of hard-charging punk and power pop, featuring a raw, lo-fi sound with crunchy power chords, energetic rhythms, urgent vocals and politically charged lyrics about violence and war." You'll be able to hear The Thermals rock out next Thursday, but you'll want to already be familiar with the songs by then. Without a doubt, the most popular of our guests during our recent SXSW broadcast, Sam Beam, a.k.a. Iron and Wine returns with another lushly produced album in his fifth LP, featuring "a more relaxed, jazz-tinged sound." And if you're feeling like you've got to change things up, well so are Oklahoma psych-rock veterans The Flaming Lips, whose 13th studio album isn't so much a zany birthday party but "an adventurous set of droning, experimental space-rock with a dark, claustrophobic sound combining cold, throbbing synths, buzzing, atmospheric guitars and droning prog-rock rhythms with Wayne Coyne’s ghostly, high-pitched vocals and dystopian lyrics"... and I'm sure plenty of confetti.

Also exploring some darker sounds is KEXP faves Thee Oh Sees, whose first album of the year (they're likely to do more) "is a heavier and more brooding take on the band’s psych-tinged garage-punk, with loud, crunchy guitars, eerie keyboards, driving bass, hypnotic, often-motorik rhythms, buzzing hooks and dark lyrics"; on the lighter side of psych rock, Athens, GA, band Futurebirds go for "a hazy, atmospheric sound with electric and acoustic guitars, wispy pedal steel, loping rhythms, warm harmonies and dreamy melodies" on their second album; quirky Toronto pop group Born Ruffians return with their "most polished and pop-friendly" LP to date, featuring "dense, layered production, occasional tropical touches and sunny melodies"; and veteran country rocker Steve Earle reunites with The Dukes (and some Duchesses), for a varied album on which he "gracefully moves from atmospheric folk ballads to gritty, grungy rockers to rollicking country rock, while also making room for some gypsy jazz, zydeco rock, Appalachian blues and other stylistic excursions."

You'll find all of these plus much more, including a new album by Dead Confederate, a compilation of song by Art Brut, and an album of Nick Drake covers. Be sure to sample the songs gather below before heading out to your favorite record shop today: 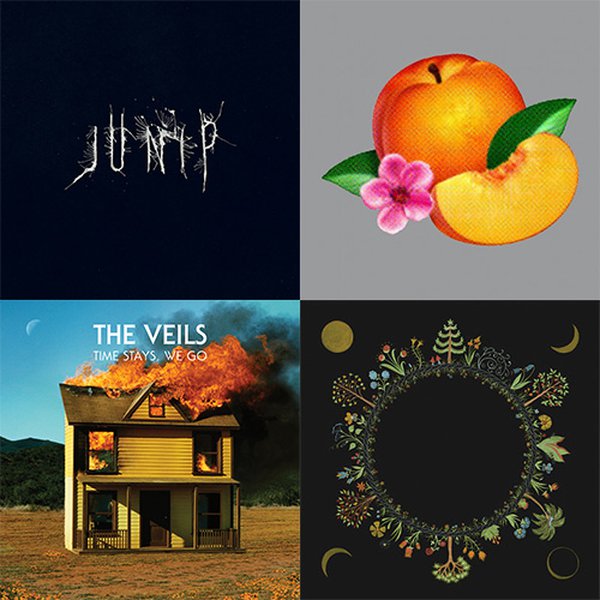 We hope you had a successful and fruitful Record Store Day this past Saturday and that you've added many cherished discs to your vinyl collection. This growing movement has been a needed boon for ailing record stores as much as it's been a treasure trove for music fans worldwide. We'd love to hear … 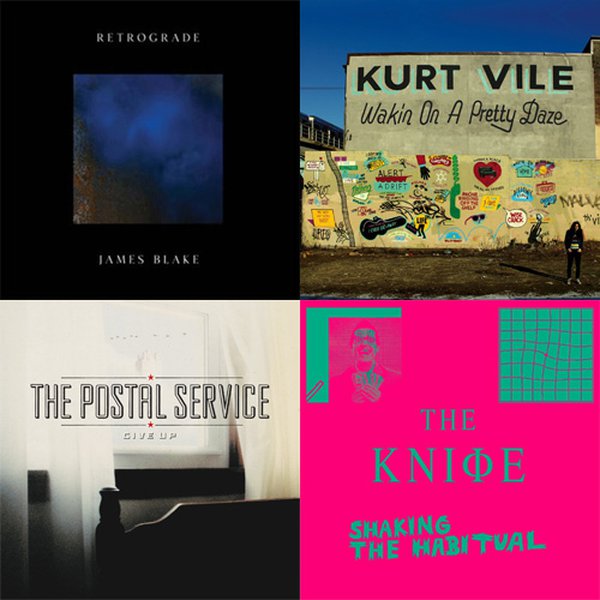 To call James Blake's second LP "greatly anticipated" may be a bit of an overstatement, but only because it's been hardly two months that we've even known that a new album would be available some time this year. Despite the short time to process the news, fans certainly were eager to hear what the …