It's been five years since Nick Cave and the Bad Seeds have toured America, and in the unique and never-predictable story of Nick Cave, five years is a long time. After the release of 2008's Dig, Lazarus, Dig!!!, Nick has authored the screenplay for a major motion picture, published his second novel, released a second album by (and disbanded) Grinderman, and scored a handful of soundtracks with fellow Bad Seed Warren Ellis. However, he also lost Mick Harvey, his bandmate of over thirty years, who left the Bad Seeds in January 2009 due to, among other things, dissatisfaction with his creative role in the group. Although he had the aforementioned projects to keep busy, there was no telling what the Bad Seeds would be like without Nick's right hand man. The result, last month's Push the Sky Away, was "easier and harder" to make without Mick, Nick said during his now-infamous Twitter interview. A gorgeous, subdued, largely guitar-free affair (read KEXP's review here), Push The Sky Away's lushness suggests that the Bad Seeds were perhaps done with the aggressive, rapturous attack that fueled so many of their greatest live moments. But as the devoted crowd of Nick Cave faithful would soon learn (or be reminded), age has done anything but mellow the Australian wordsmith and his partners in crime. 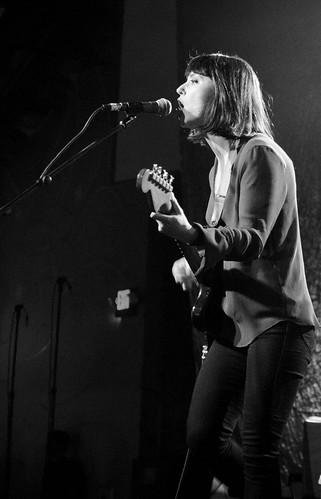 Sharon Van Etten, the evening's opener, has been on the road almost consistently since the release of last year’s still-great Tramp, but she didn’t show any signs of weariness during her brief opening set. Backed solely by drummer Zeke Hutchins (she usually has two more musicians, Doug Keith and Heather Woods-Broderick, in her band), Van Etten took advantage of her spartan setup, showcasing her stronger-than-ever voice playing stripped down versions of the songs from Tramp, as well as a new tune and a few songs from her first two LPs. Although the lack of a full band prevented her from breaking out some of her stronger cuts ("Magic Chords" and "Serpents" were sorely missed), Van Etten and Hutchins' stripped-down set and always-clever banter ("My boyfriend says this new song sounds like Nick Cave... so I'm going to play it out of spite") was a refreshing take on a show that Sharon has taken all over the world in the last year. (Adding to her road dog reputation, Sharon would return onstage only a few minutes later to perform backing vocals during Nick Cave's set.) 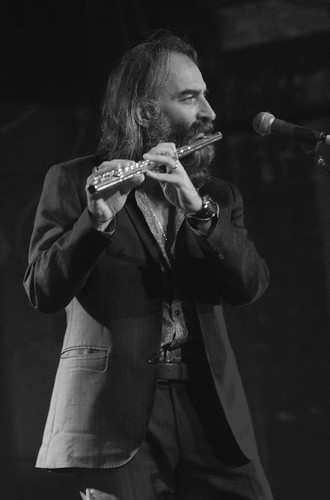 Despite the Bad Seeds' mountainous array of gear, the changeover between the two acts was surprisingly short, and before the audience could finish their post-Sharon beers, Nick, Warren, and the rest of the band were walking onstage. Opening with the disarmingly subtle "We No Who U R", the first of five cuts from Push The Sky Away that would be played that night, the Bad Seeds initially showed little of their signature onstage fervor, with Cave staying close to his mic stand and onstage foil Warren Ellis playing a flute rather than his trademark violin. However, all of that changed at the beginning of "Jubilee Street", a winding, verbose highlight from Push that transformed from a swaggering spoken word strut to a My Bloody Valentine-esque melodic noise crescendo across its 7+ minute run-time. After taking a breather with the relatively soft and gorgeous "Wide Lovely Eyes", Nick introduced what would be the night's second highlight: the eight-minute "Higgs Boson Blues". Like "Jubilee Street", "Higgs Boson Blues" is another lengthy track that finds Nick spitting his trademark poetry across the Bad Seeds' bluesy rhythm, but "Higgs" features more of a focus on Nick than "Jubilee" does, and the enigmatic frontman took full advantage of this. Stepping out to stand on the rail, Nick crooned his strongest lyrics from each verse to rapturous applause, with a special cheer for any of his references to Miley Cyrus. 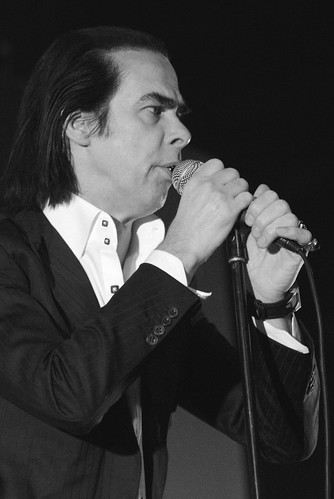 Although Push The Sky Away had more than proved itself as a worthy addition to the Bad Seeds' live repertoire, the run of songs from the album ended when when Nick offhandedly muttered, "Let me tell you about a girl." Moments later, the band launched into the ferocious "From Her To Eternity", the first in what would be a ten-song run through their extensive catalog. Now larger than ever (six official members, two touring members, and two backing vocalists), the current Bad Seeds lineup offered fresh, and often ferocious takes on Cave's catalog. With two drummers, "From Her To Eternity" punches much harder than it does on the record, "Red Right Hand" now features a noisy breakdown punctuated by Nick's screams, the ballads ("God Is In The House", "Stranger Than Kindness", "Your Funeral... My Trial") have more poise and precision, and "Jack The Ripper" now trades out its throng of acoustic guitars for a throng of electric guitars. Although most of the Bad Seeds are well into their 50s at this point, age has done anything but slow them down, particularly Cave and Ellis, who remained whipped into a frenzy throughout most of the concert. 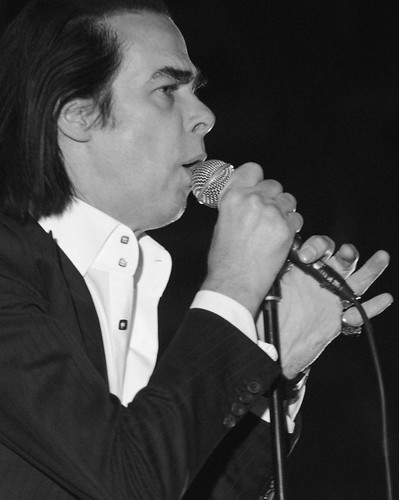 The front half of the night's setlist was filled with gems, but a seasoned veteran like Nick Cave knows to save his strongest material for the end. After a particularly rousing "Papa Won't Leave You, Henry", the Bad Seeds tore through two of their most acclaimed songs - "The Weeping Song" and "The Mercy Seat" - with an intensity that makes the recorded versions pale in comparison, largely due to Ellis' dive-bomb violin runs. Closing with his now-signature take on the blues standard "Stagger Lee" - which is one of those songs that cannot be described, only experienced - the Bad Seeds disappeared for a moment before returning for an encore of "Tupelo" and "Push The Sky Away". The choices for the two-song encore showcased the Bad Seeds's two sides - the violent, thunderous roar of the former song and the delicate, introspective slow-burn of the latter - and provided a fitting summary of the evening. Although there were calls for more songs, they went unheeded (Granted, with a catalog as rich and extensive as Nick's, there's always bound to be calls for more) and the Bad Seeds left the stage as subtly as they came. 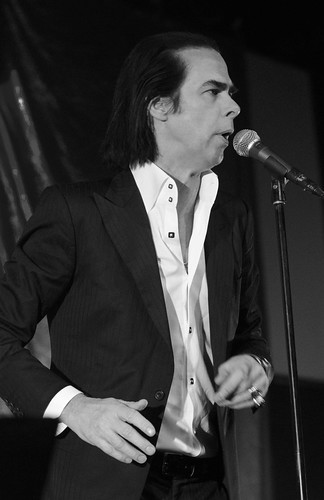 In a 2010 interview, Mick Harvey gave another reason for his departure from the Bad Seeds, saying "A lot of the songs the band were playing were short-cut simplified versions of favorite songs of ours that were just an easy way to play them live … and they weren’t testing or making the band work hard to create a great piece of music anymore … It was just like, we can just bash out 'Deanna' like that and everyone will love it anyway, so who gives a fuck?" Although the Bad Seeds did play a faithful to the album, but no less enthralling, version of "Deanna" that night, the band seems to be as vital as ever. To quote the album's title track, which seems like a response of sorts to Harvey's claims, "And if your friends think that you should do it different/ And if they think that you should do it the same/You've got to just keep on pushing it/Keep on pushing it/Push the sky away." Within the 25 or so songs they've played on this tour so far, they've pulled out every song from Push The Sky Away, a number of songs that stretch past the seven-minute mark, a handful of reworked numbers, and plenty of classics that they wouldn't dare change. There may very well be weight to Harvey's claims - he was in the band he co-founded for 26 years, after all - but Push The Sky Away and its accompanying tour have shown that, even in his fourth decade as a musician, Nick Cave is anything but complacent. He's creatively restless and - with or without his moustache - ferocious as ever, and hopefully, it won't be another five years until the next time the touring road calls upon its author. 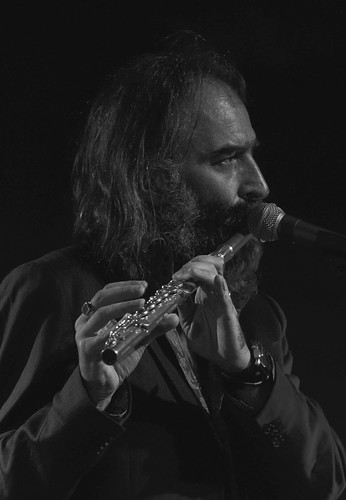 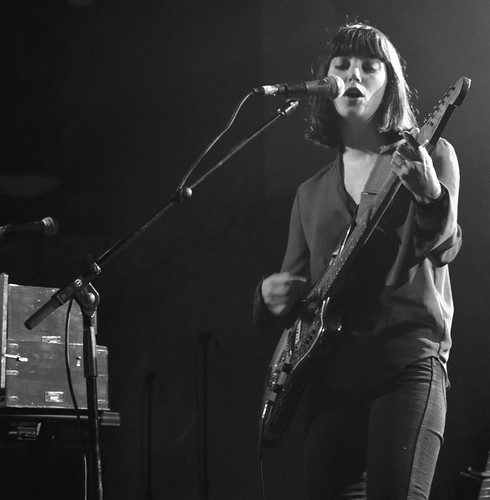 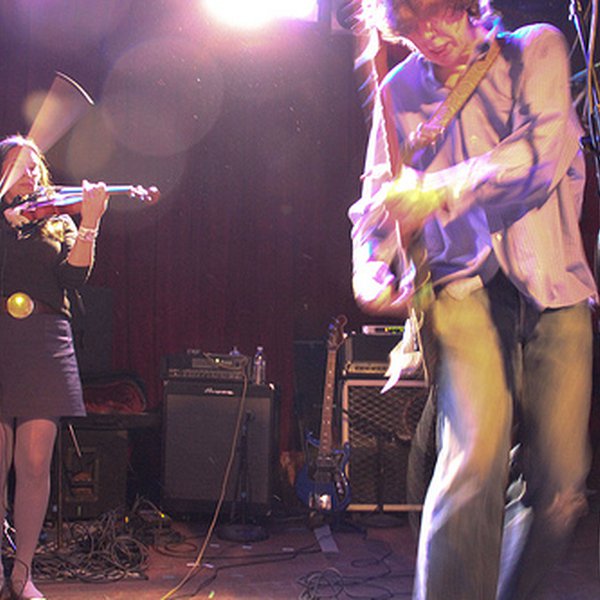 If current trends continue, Thurston Moore will evoke the true spirit of rock and roll musicianship and artistry until the day of his death. 35 years into his career, he and his band of extravagantly talented musicians in Chelsea Light Moving are making hard and heavy rock with just as edge and dem… 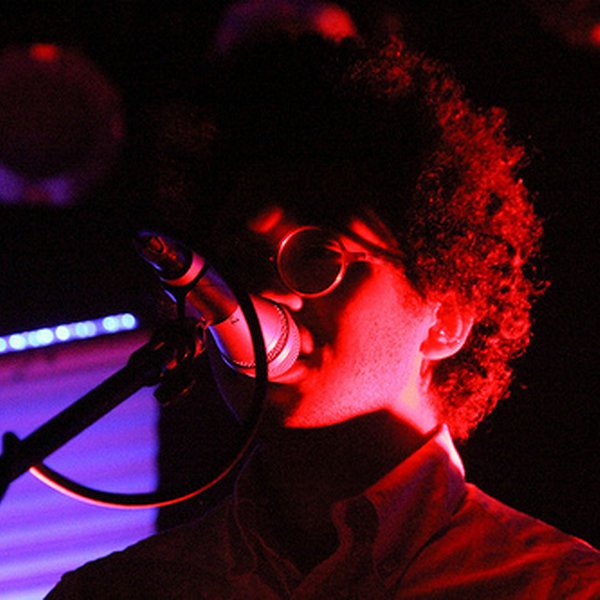