At the Highway 99 Blues Club on February 17 legends of the Northwest garage rock like Merrilee Rush, Buck Ormsby (The Wailers), Mark Whitman, The Daily Flash and many more will come together to play a special benefit show for her aim is true -- the film documenting the life and work of pioneering rock photopgrapher Jini Dellaccio.

Jini Dellacio might be the greatest rock and roll photographer you haven't heard of -- and she also happens to be a Northwest treasure. Independent filmmaker Karen Whitehead has taken on the project of documenting Jini's life, her work, and her recollection and continuation of both in the upcoming film her aim is true. Jini Dellacio is now in her nineties -- though if you watch the spry older woman in the trailer below it's hard to believe it -- and grew up during the Depression, became a Jazz musician, a fashion photographer in the 50s, and then found her true calling chronicling the proto-punk and hard-edged garage rock coming out of the Northwest in the 60s through her camera lens.

In addition to her work with Northwest musicians she also worked with marquee-level acts like The Who, Neil Young, The Beach Boys, and The Rolling Stones -- often going to gigs, shooting concerts, hanging out with the band, and above all loving the music. She is most famous for iconic album covers for The Sonics, The Wailers, and Merrilee Rush but perhaps even more so for her pioneering style. She was utterly unique in her approach to rock photography, and had a sensitivity and vision that made her style a highly sought-after effect. The sense of place and environment in her often-outdoor and black and white photos was revolutionary in the rock photography business. She defined the image of Northwest proto-grunge "cool" for people around the country.

Part of the documentary was shot in the KEXP studio. Northwest legends The Sonics reunited with Jini during a live in-studio performance for Shake the Shack in 2010:

The film is approaching its launch and the February 17th benefit show at the Highway 99 Blues Club will benefit the efforts of the filmmakers to get the film screened at as many locations and festivals as possible. Help tell the story of this amazing artist. The show begins at 6pm and goes until midnight with a suggested $15 donation at the door, and will feature legends of the Northwest's 60s rock scene so associated with Jini's style and career. Check out the trailer for the film below. 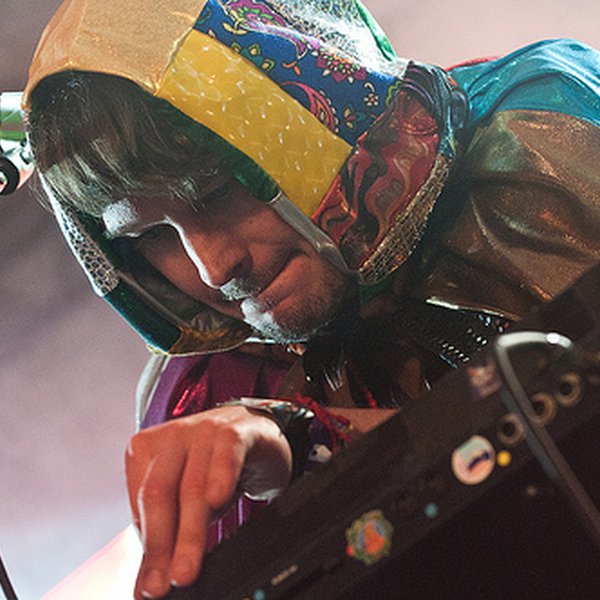 This Tuesday, Portland synth pop band STRFKR kick off their tour in support of new record Miracle Mile at the Neptune with San Francisco electronic shoegaze artist Blackbird Blackbird. The bill is solid. STRFKR are back stronger than ever on Miracle Mile building off of the perfected pop textures w…

Factory Belt: A Night of Uncle Tupelo is a benefit show happening this Thursday, January 17th, at the Tractor Tavern in Ballard. Get your tickets here. The event is going to feature a whole slew of Seattle bands playing Uncle Tupelo songs and will be hosted by KEXP's own Don Slack of Swingin' Doo…