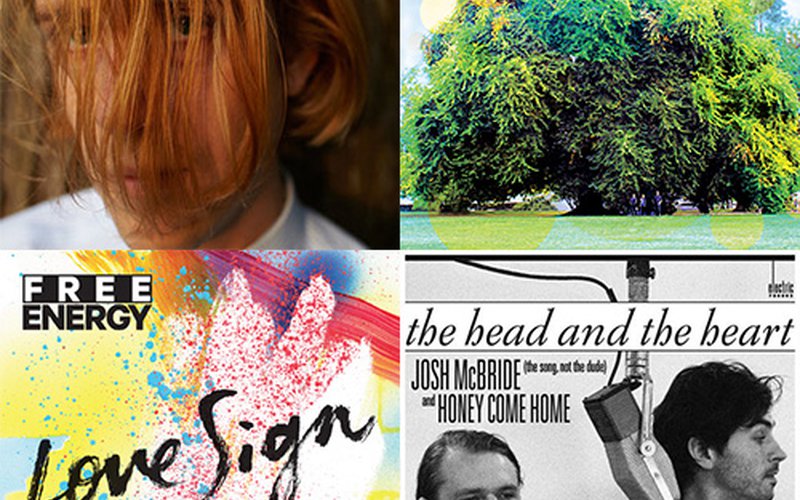 Things are picking up! In the world of new releases, that is. 2013 has fully arrived, and as you head back to work, school or whatever your day-to-day, it's time to put record shopping back into your regular routine. The shelves of your favorite record shops are now being lined with anticipated new LPs, like the latest from Yo La Tengo, whose 13th LP of beautifully crafted autumnal indie-pop, our Music Director, Don Yates, describes as "warm, low-key and inviting, though also sonically adventurous, seamlessly blending expansive psych-rock, motorik German prog, trippy folk-rock, orchestral pop and more on songs that are both emotionally moving and brilliantly constructed." Yo La Tengo, by the way, will be performing live on KEXP this Friday at 3PM and then at Easy Street Records Queen Anne at 7PM for their last ever in-store! They're sure to play new songs, so pick up your copy now and be ready! Finally! With all of these great new releases, 2013 is coming on with a roar. Well, maybe not The Big Roar this time, but rather Wolf's Law, the new and much anticipated second album from The Joy Formidable. Fans wondering how the Welsh trio could possibly follow up their hard hitting debut after s… 2013 may not be starting off with much musical gusto, but that doesn't mean there aren't some interesting new releases to be found in stores this week. Among a small handful is the latest release from Broadcast. No, it's not exactly a new album but rather a soundtrack begun before the untimely deat…