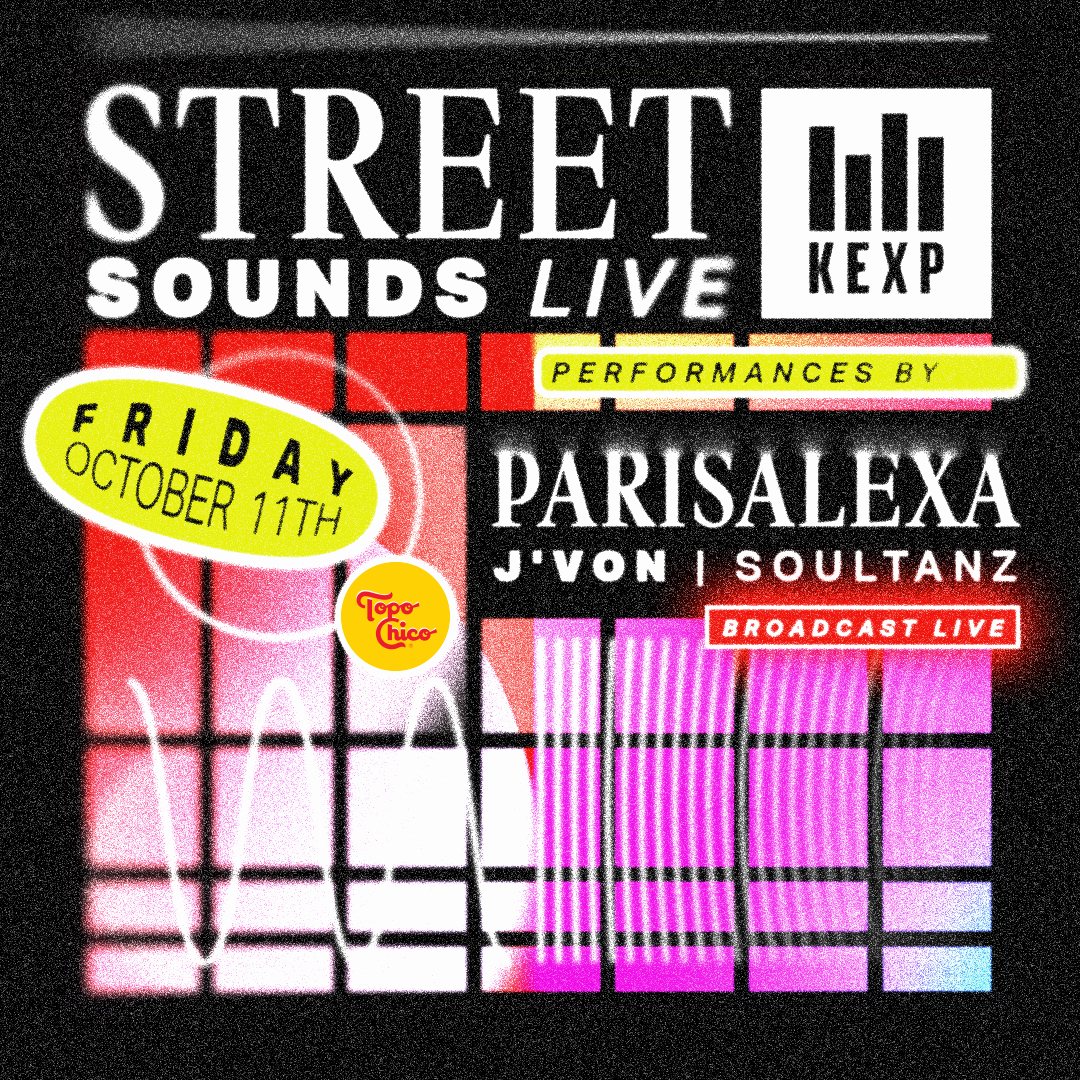 Join us for the first ever Street Sounds Live on Friday, October 11th at KEXP’s Gathering Space! This will be a special evening featuring notable live Hip Hop and R&B performances from the region's own Parisalexa, J'von and Soultanz. Street Sounds live will be hosted by resident DJ Stas thee Boss and DJ Mike Ramos spinning a variety of Hip Hop and R&B favorites in the Gathering Space. This is an all ages event (bar with ID). Doors at 8:00 PM. Tickets are $15; $20 day of show.

If you can't attend the event in person, tune in to Street Sounds at 9:00 PM to hear the performances broadcast live on KEXP.org or 90.3 FM in Seattle.

Singer-songwriter PARISALEXA is quickly becoming a pioneer star who is redefining Pop and R&B from Seattle. From an introspective ballad about heartbreak to prideful pop anthems, both Bloom and FLEXA show the incredible range of Parisalexa's relatable songwriting. See how she articulates her songwriting process with KEXP's Mastering the Hustle last year. Don't miss this intimate performance from Parisalexa live at KEXP on October 11th.

As a Hip Hop "lyrical gymnast", visual artist, and producer, J'VON is a Seattle artist who curates an animated world for you to explore. J'von truly separates himself above the pack with refreshingly introspective lyrics and wordplay that reflect his maturity as an artist. A year after Spacesuit, a collaborative project with Lido, J'von is keeping the momentum flowing with Orange Suit and his most recent project Dream Surfer. Come catch J'von perform Dream Surfer on October 11th.

SOULTANZ is a unique duo teetering on the intersections of soul, jazz, and funky rhythms all well rooted in a Hip Hop foundation. Vocalist, songwriter and producer Shayhan Mashayekh and producer Jared Rubens are uncompromising in their ambitions to create great music regardless of genre. By championing this belief, they have carved out their own groovy sonic space in Seattle. Soultanz has had a prolific year with the release of their EP, Serenity, and collaborations with MistaDC's HAPPYer NOW and LIV's Black Girl Unbothered. See Soultanz perform their most recent EP, Serenity, with a magnetic live band Friday October 11th.

Brought to you in part by: