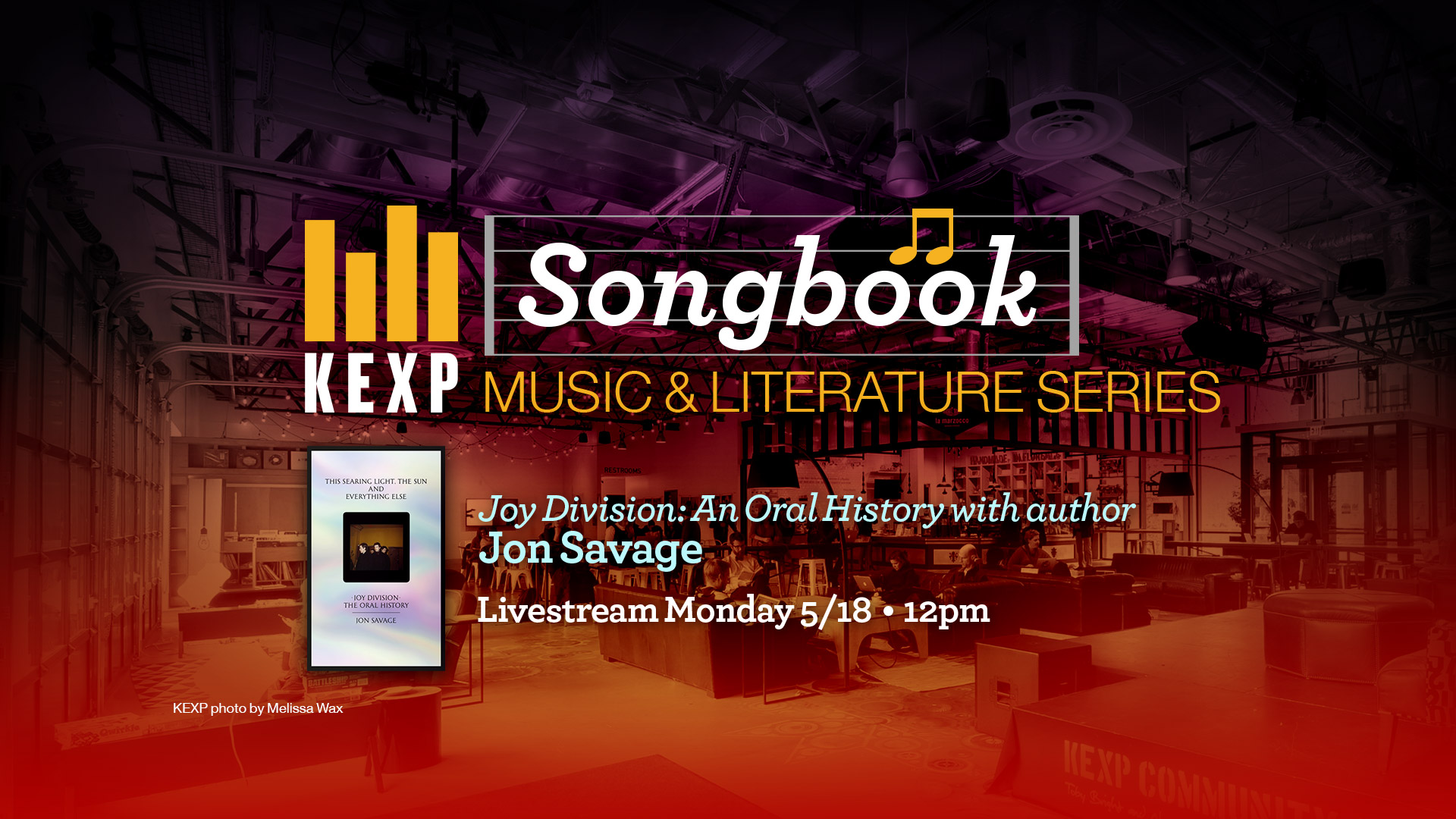 Songbook Series: This Searing Light the Sun and Everything Else: Joy Division: An Oral History

On Monday, May 18th,  KEXP will host a special discussion with Jon Savage, author of the book This Searing Light The Sun and Everything Else: Joy Division: An Oral History, out now via Faber & Faber. We are excited to tell you that you can purchase this book through Seattle's Elliott Bay Book Company if you follow this link. Shipping is free in the continental US and Elliott Bay Book Co will include a signed bookplate.

Over the course of two albums and some legendary gigs, Joy Division became the most successful and exciting underground band of their generation. Then, on the brink of a tour to America, Ian Curtis took his own life.

In This Searing Light, the Sun and Everything Else, Jon Savage has assembled three decades' worth of interviews with the principal players in the Joy Division story to create an intimate, candid and definitive account of the band. It is the story of how a group of young men can galvanise a generation of fans, artists and musicians with four chords and three-and-a-half minutes of music. And it is the story of how illness and inner demons can rob the world of a shamanic lead singer and visionary lyricist.

Kevin Cole, Chief Content Officer and host of The Afternoon Show on KEXP will host Jon Savage in a virtual Songbook Series Event at 12pm PT on KEXP’s Facebook page.